Eighteen dedicated St John volunteers, with a collective service totalling more than 500 years, have been recognised for their commitment to the local charity. 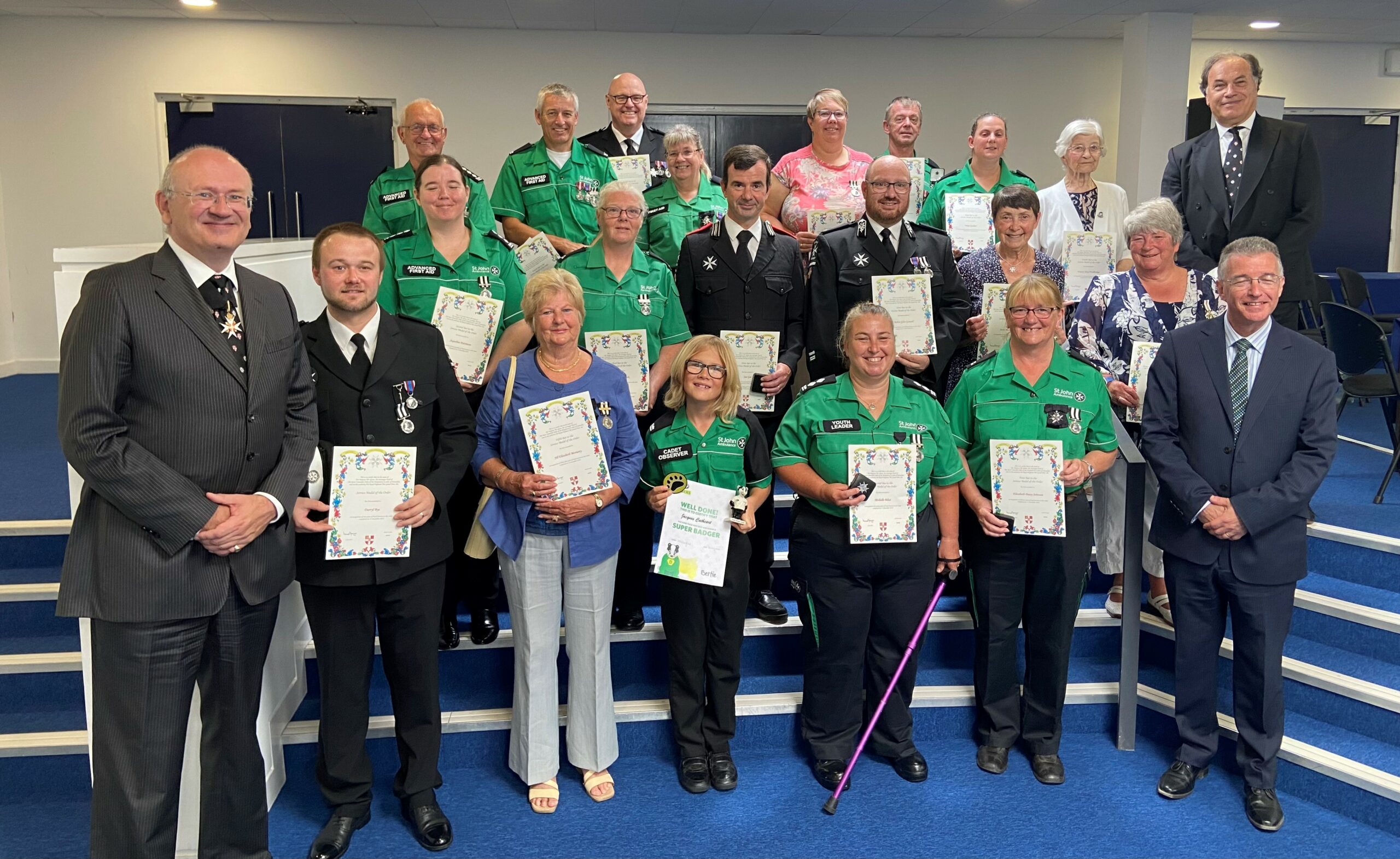 The volunteers were presented with their Long Service Awards by the Bailiff of Guernsey, Richard McMahon on Saturday (23rd July) at a ceremony held at Beau Sejour.

Awards included the Ultra Long Service Medal – for 50 years service, which was presented to Judy Moore. 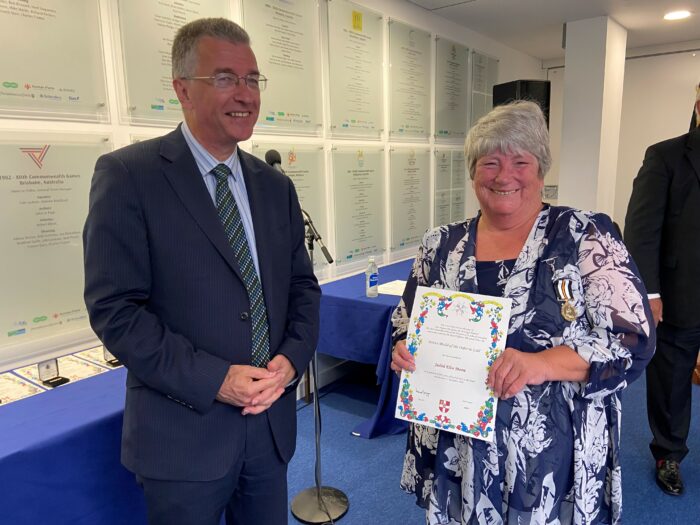 The seventh gilt bar for 45 years service was presented to Alan Stevens, who joined the organisation at the age of 12. During his time with St John he played in the St John band, has been a member of the Volunteer Ambulance Reserve and trained as an Advanced First Aider. 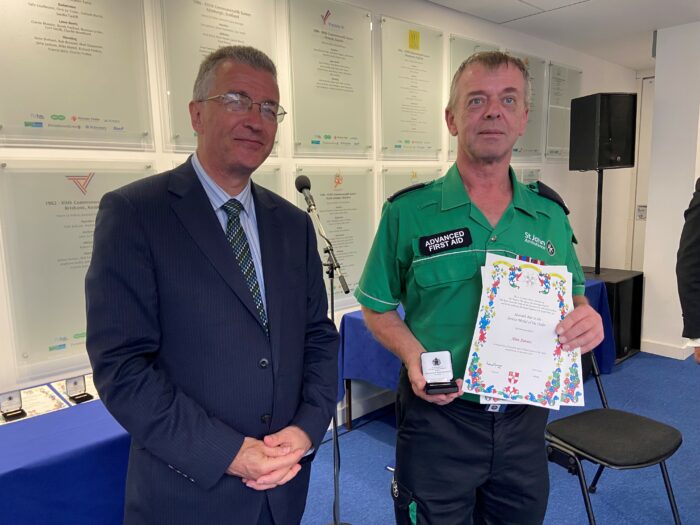 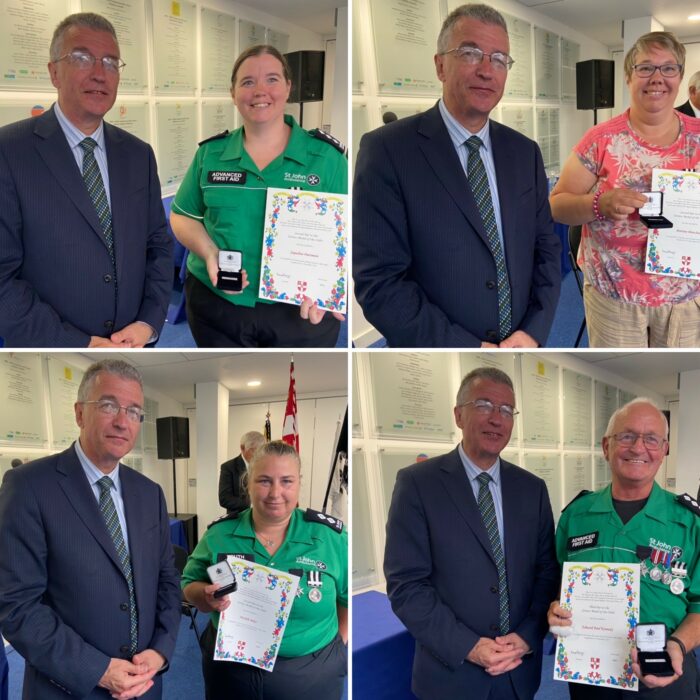 Bailiff Richard McMahon told the recipients: “I think it is significant that in this year which has marked the Queen’s Platinum Jubilee we really do recognise the important of service to the community. As volunteers you choose to do it, nobody says you must and we are incredibly fortunate in Guernsey to have so many people who are prepared to volunteer. We are very grateful as a community for what you all do for us. We are grateful that so many of you serve for so long. I want to congratulate all of you for being a shining example of service which the rest of the community benefits from.” 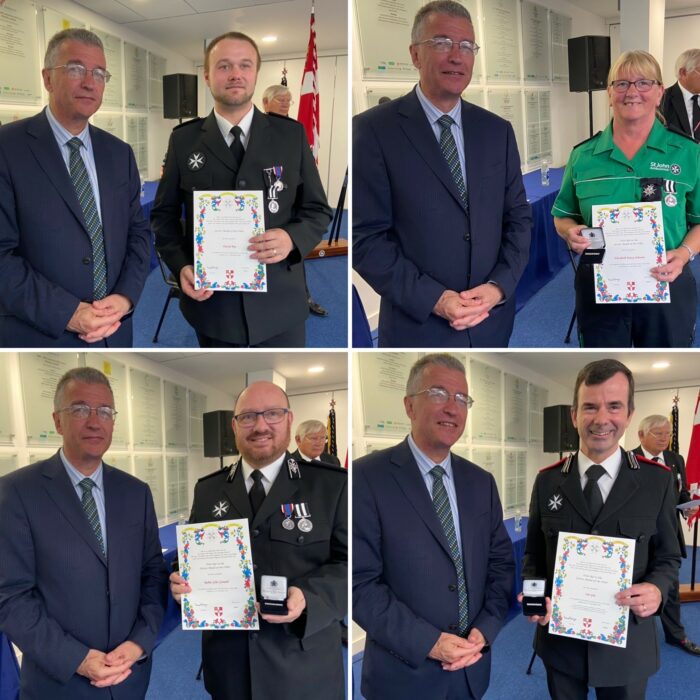 Andrew Henton, Knight Commander of St John Guernsey added: “We are lucky to have such dedicated and caring volunteers in our community. The dedication of these volunteers to the St John charity should not be taken for granted. Each one has made a significant contribution to the island, delivering care, knowledge and health related services to help improve the lives of islanders.” 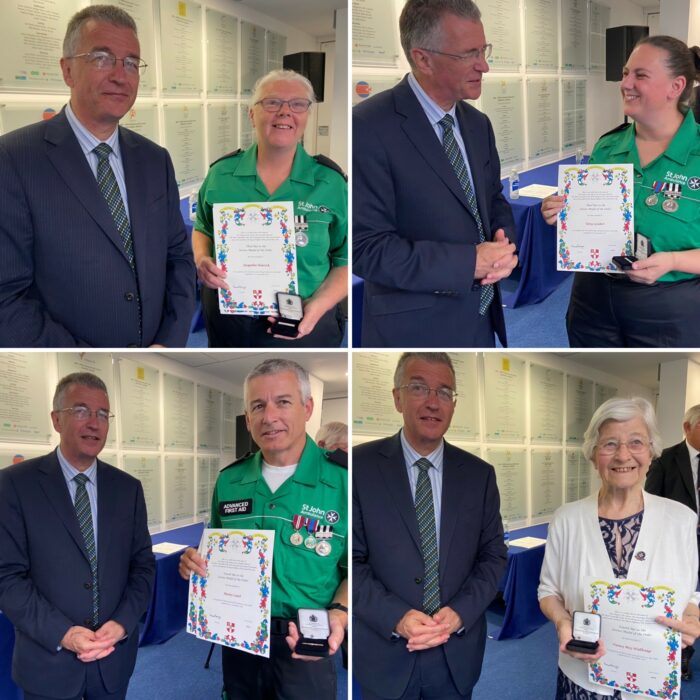 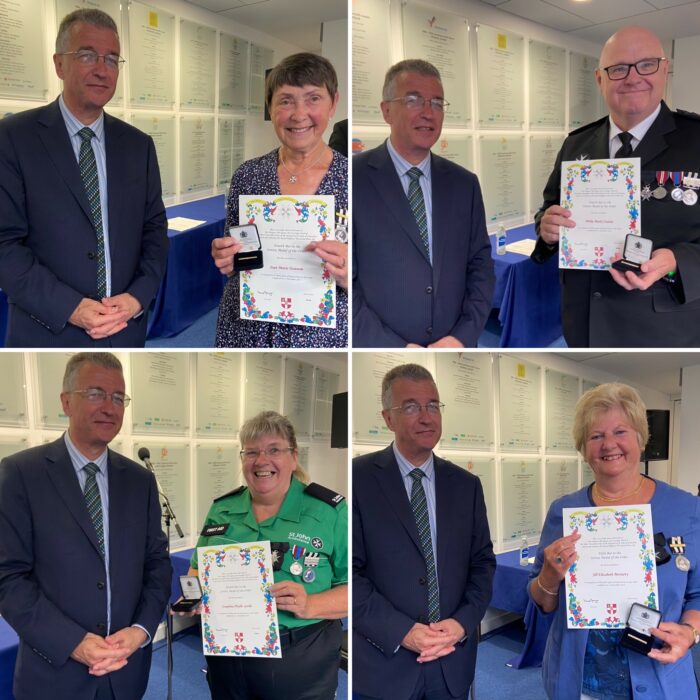 The Service Medal, unique in being the only British medal still to depict an effigy of Queen Victoria, is included in the United Kingdom Order of Wear, as published by the Central Chancery of the Orders of Knighthood in 2003. Furthermore, the Service Medal is the only medal of its kind where service as a young person is counted towards an individual’s entitlement.