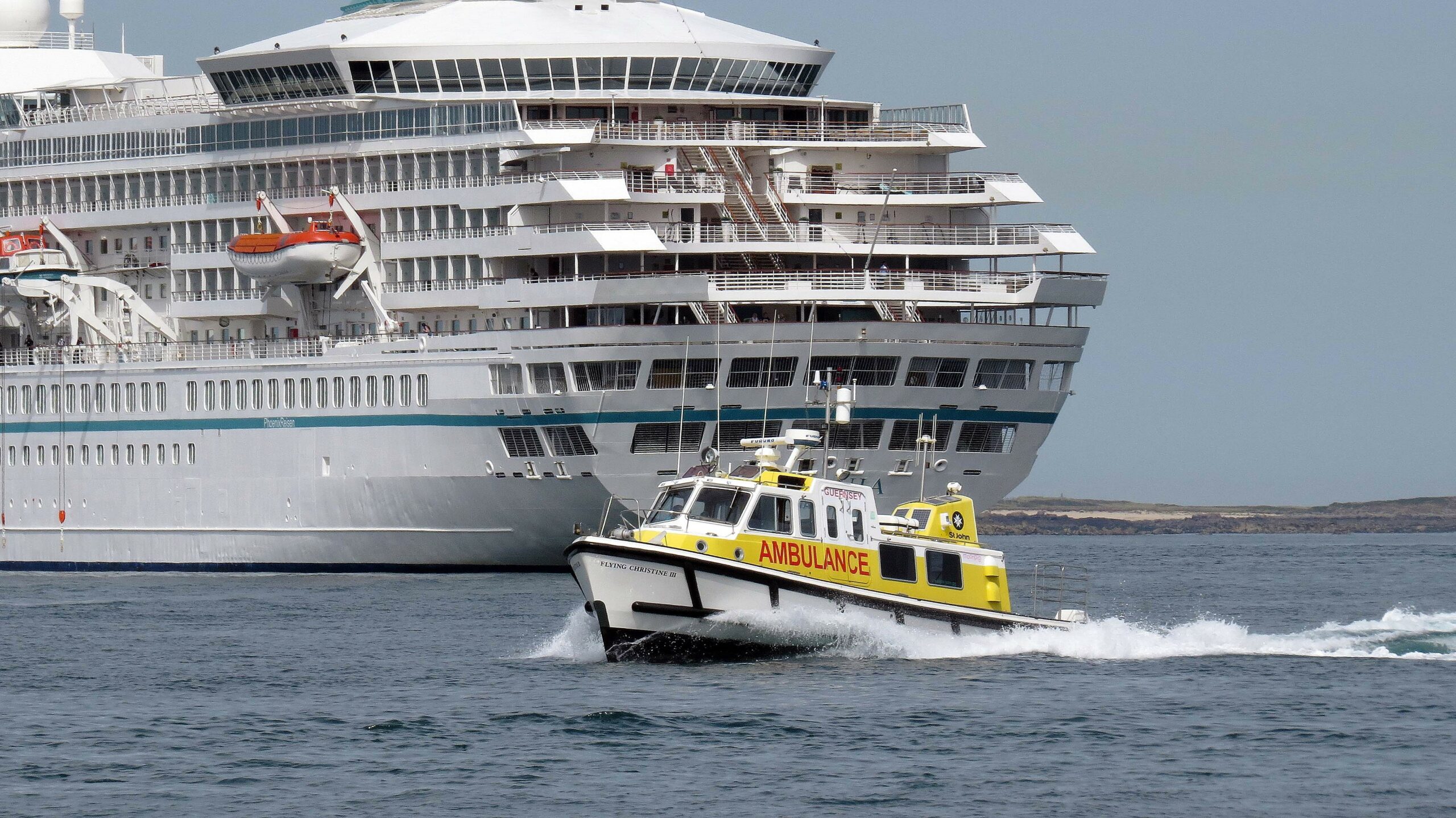 The Herm Community First Responder (CFR) attended the scene to provide initial treatment and requested the assistance of the St John marine ambulance.

The Flying Christine III, with an Emergency Ambulance Service paramedic team, incident officer and volunteer boat crew, arrived in Herm just before 2:15pm. The medical crew was taken from Rosaire Steps to the patient via the Herm all-terrain vehicle, where they provided further care and treatment to the casualty, before they were transported to Shell beach, for extrication to the marine ambulance. 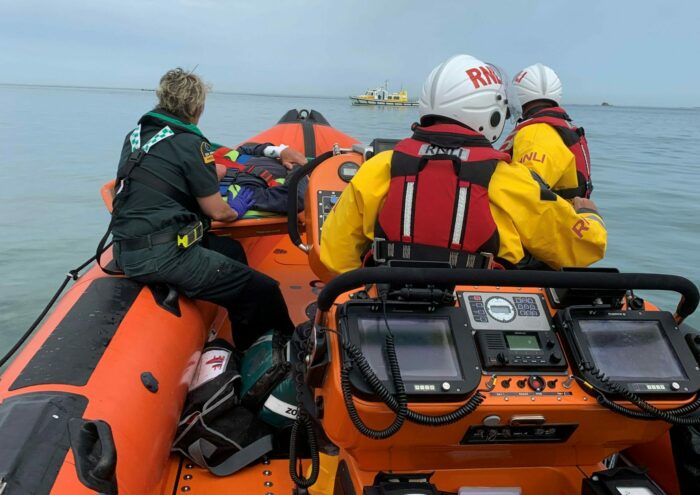 The paramedics worked with the RNLI Inshore Lifeboat crew to transfer the patient safely from the beach to the Flying Christine III which was moored a short distance from the shore due to the low tides.

The patient was transferred back to St Peter Port on the marine ambulance before being taken onto the Emergency Department of the PEH for further treatment.

Paramedic Team Leader Steve Torode said: “This was a multi-agency response and there was good communication between the ambulance service, the lifeboat crew, coastguard, harbour operations, JESCC and the Herm CFRs. It was a very smooth operation to extricate the patient from a difficult location and with the low tides. The Herm staff and lifeboat crews on scene were very helpful and we all worked well together to provide the best care for the patient.”

The Flying Christine III is provided by the St John Ambulance Guernsey charity and is operated by the Emergency Ambulance Service. The vessel is crewed by volunteers from the local marine community and staffed by clinicians from the ambulance service. 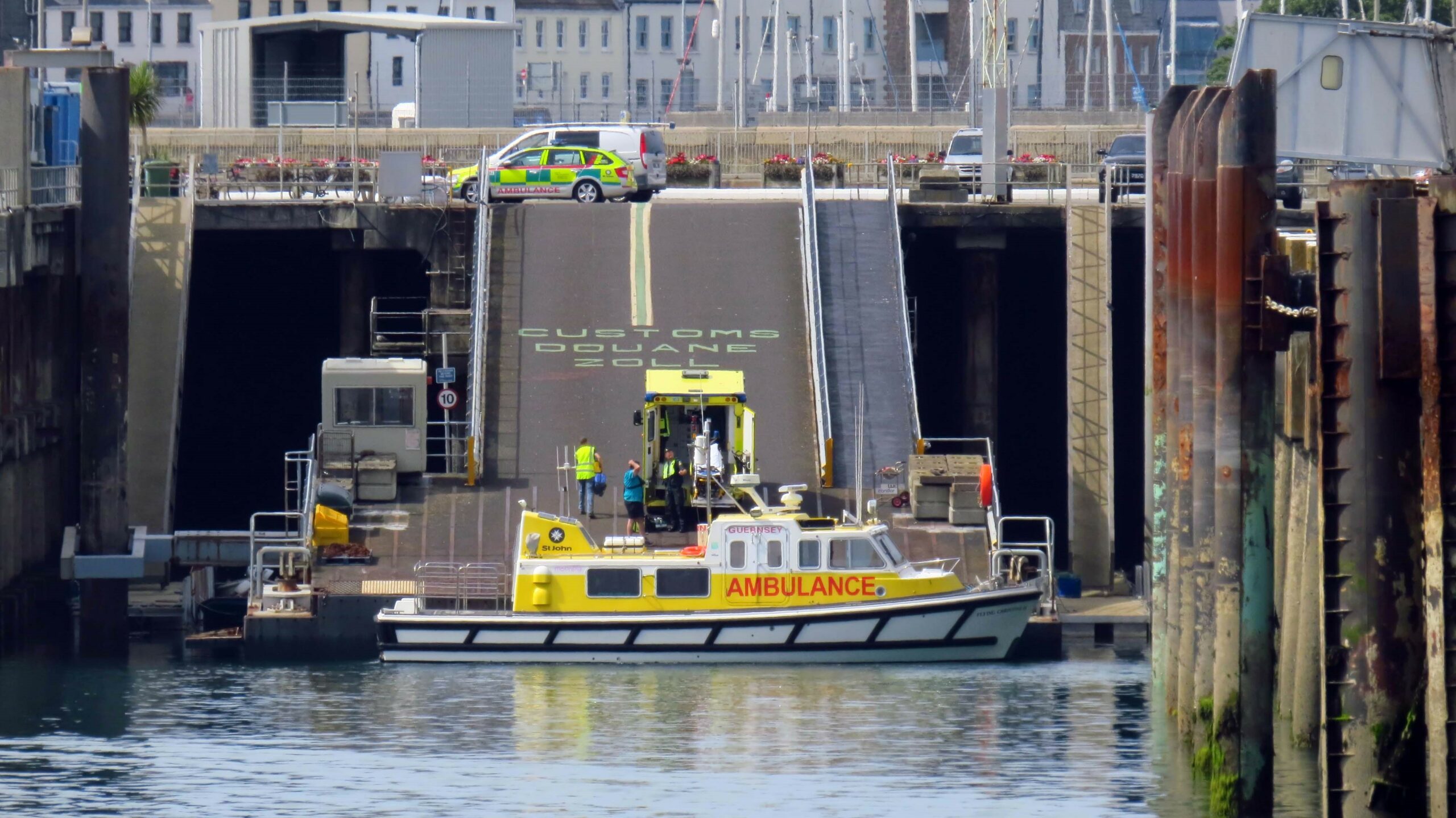