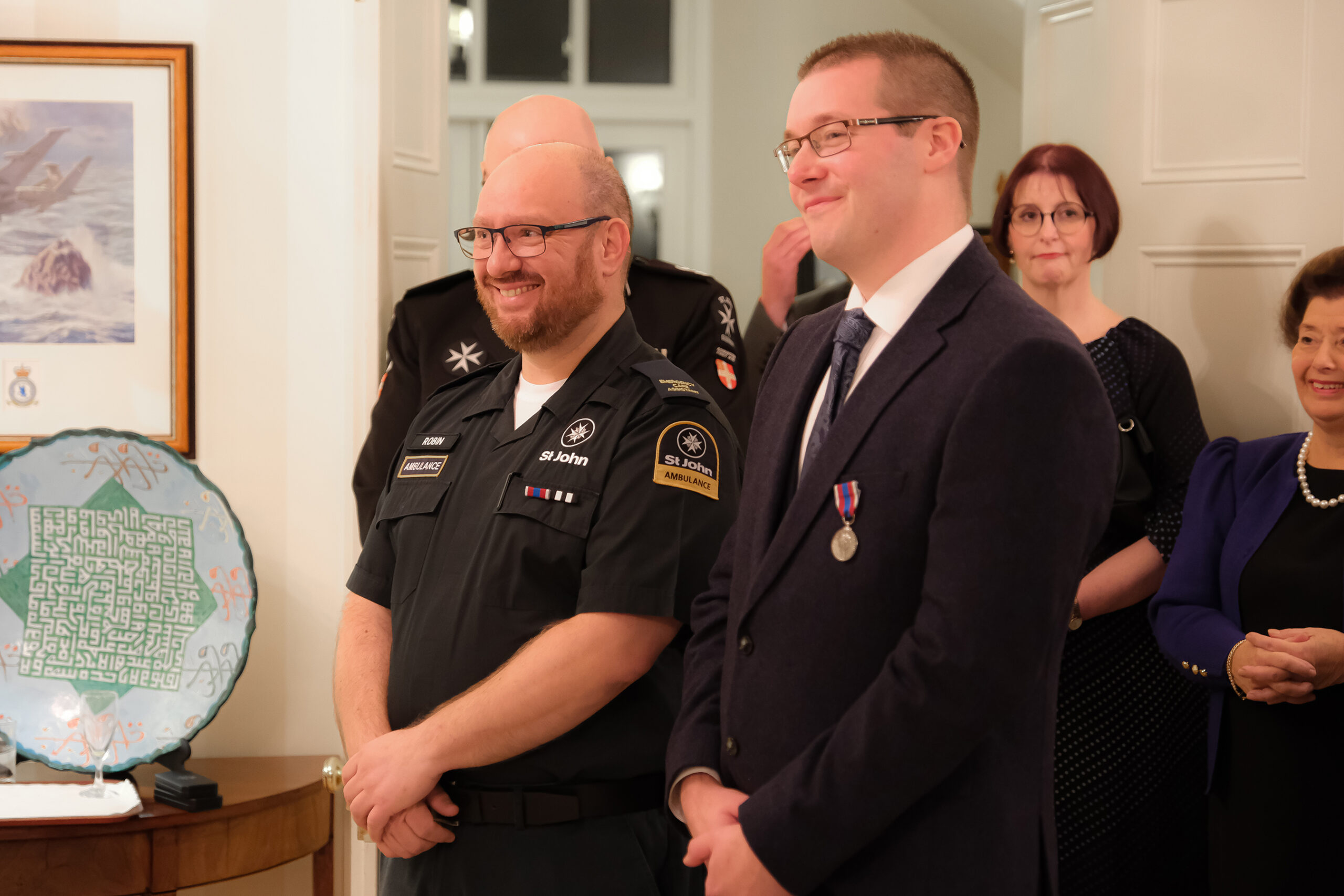 The pair were called to attend to a visiting French yachtsman who had fallen into the Victoria Marina from his yacht, sustaining a serious leg injury in the middle of the night.

Luckily, the patient had been rescued from the water prior to their arrival. As Robin is of French nationality, he was able to communicate clearly with the casualty and offer him reassurance in his own language.

The transfer of the patient was made difficult due to the low state of tide at the time and dangerous due to the crew working so close to the water.

Between them, and with the assistance of bystanders and harbour staff, Robin and Ben were able to safely secure the casualty and recover him from the marina pontoon to the ambulance, where he was made comfortable and before being transferred to hospital.

Chief Ambulance Officer Mark Mapp said: “This was a challenging incident for the ambulance crew, but both Ben and Robin managed situation excellently and ensured the patient received the  care, reassurance and treatment they needed, as well as the safe extrication of the casualty under difficult circumstances and another example of the excellent care provided Guernsey’s ambulance crews.”