Three paramedics have been presented with the Chief Officer’s Recognition of Performance Award following an incident in Herm earlier this year. 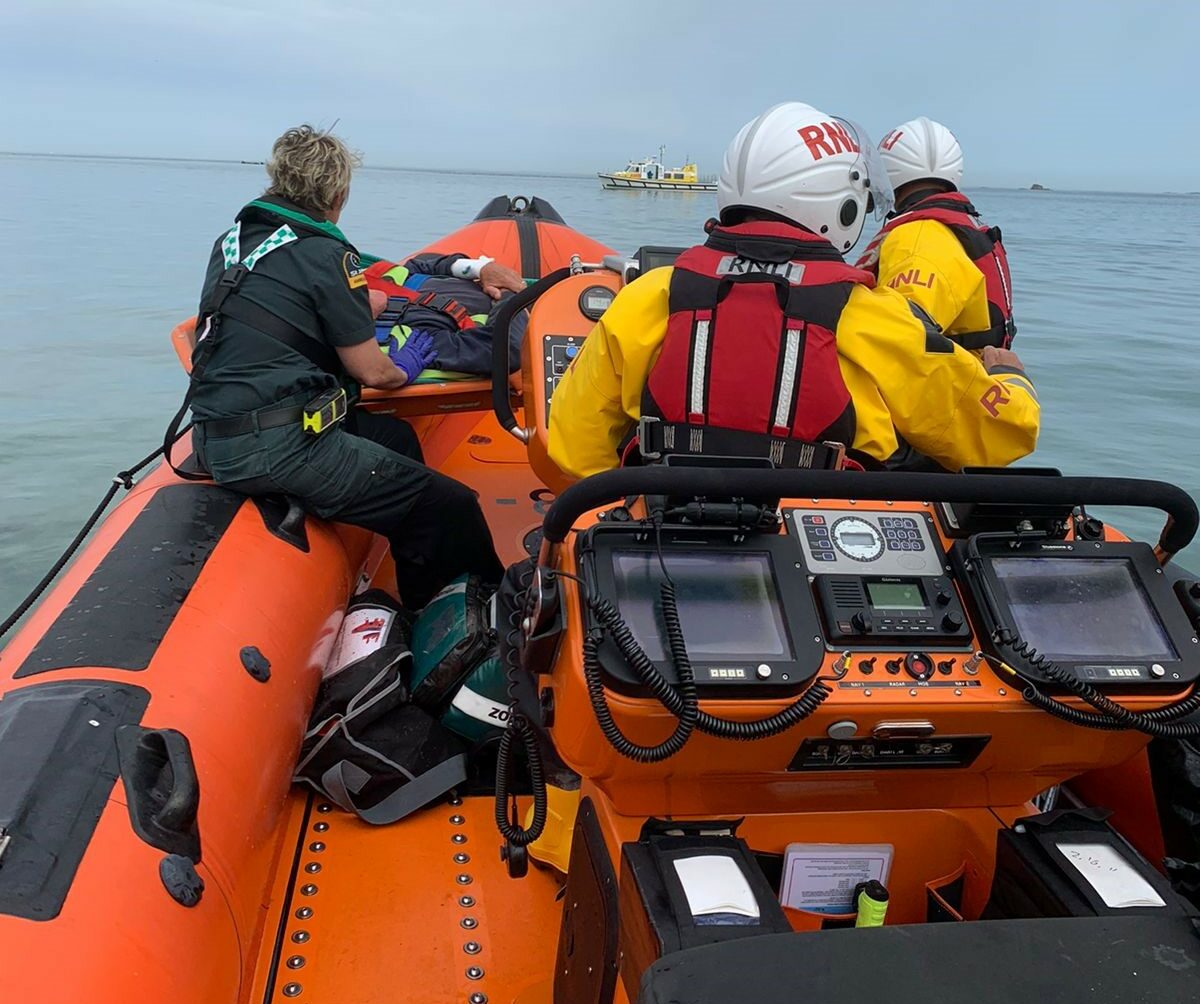 Paramedics Nick Peters and Lorna Bichard and Paramedic Officer Steve Torode recieved the award for their teamwork and the care they provided to a casualty with a serious limb injury in a remote part of Herm Island.

They were presented with their awards by the Lieutenant Governor of Guernsey, Lieutenant General Richard Cripwell in a ceremony at Government House. 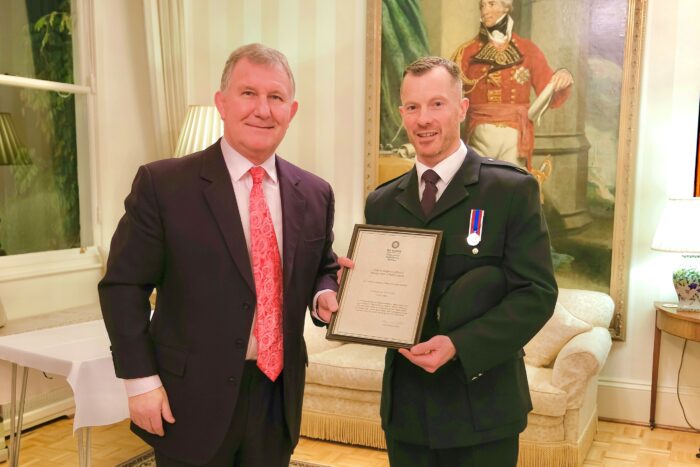 The crew responded onboard the Flying Christine III marine ambulance following a request from the Herm Community First Responders (CFRs), to a visitor who had fallen on Belvoir hill. 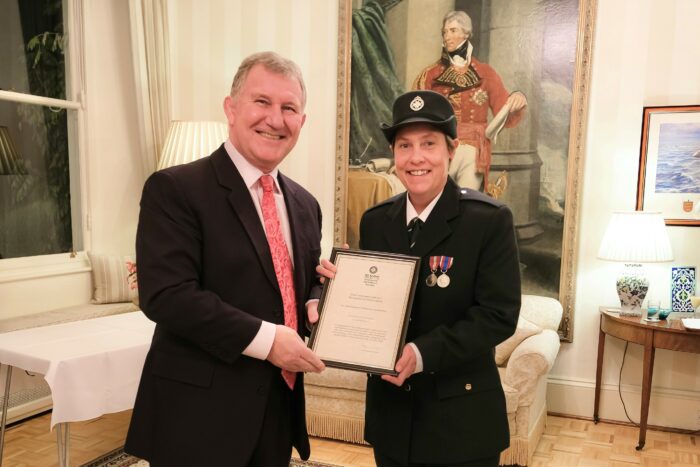 Following initial assessment and treatment at the scene, the patient was transported, secured in a vacuum mattress, on the Herm Island ‘Gator’ quad bike in preparation for transfer to the marine ambulance. Due to the location and a particularly low tide, the RNLI Inshore Recue Boat was requested to transfer the casualty from Shell Beach to the Flying Christine III.

The ambulance team worked closely with the Herm CFRs and the RNLI crew, resulting in a safe and efficient rescue of the casualty, co-ordinated by Paramedic Officer Steve Torode.

Chief Ambulance Officer Mark Mapp said: ”Lorna, Nick and Steve are recognised for their care and compassionate clinical treatment of the casualty as well as their excellent team work, co-ordination and communication with the other agencies involved, which ensured the safe extrication and transfer of the casualty back to St Peter Port.” 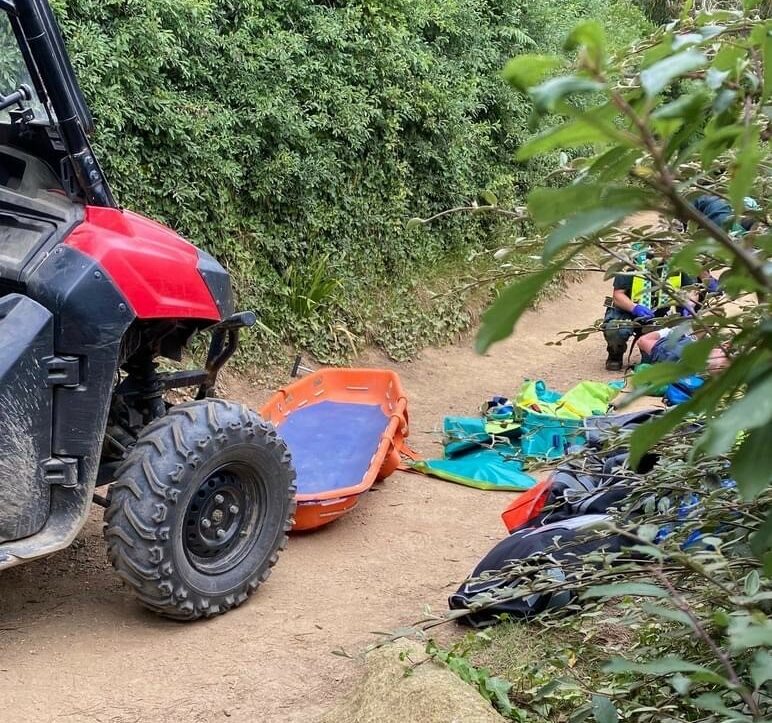