Baroness Fookes, Deputy Speaker in the House of Lords has visited the headquarters of the St John Ambulance Guernsey charity and the St John Emergency Ambulance Service. 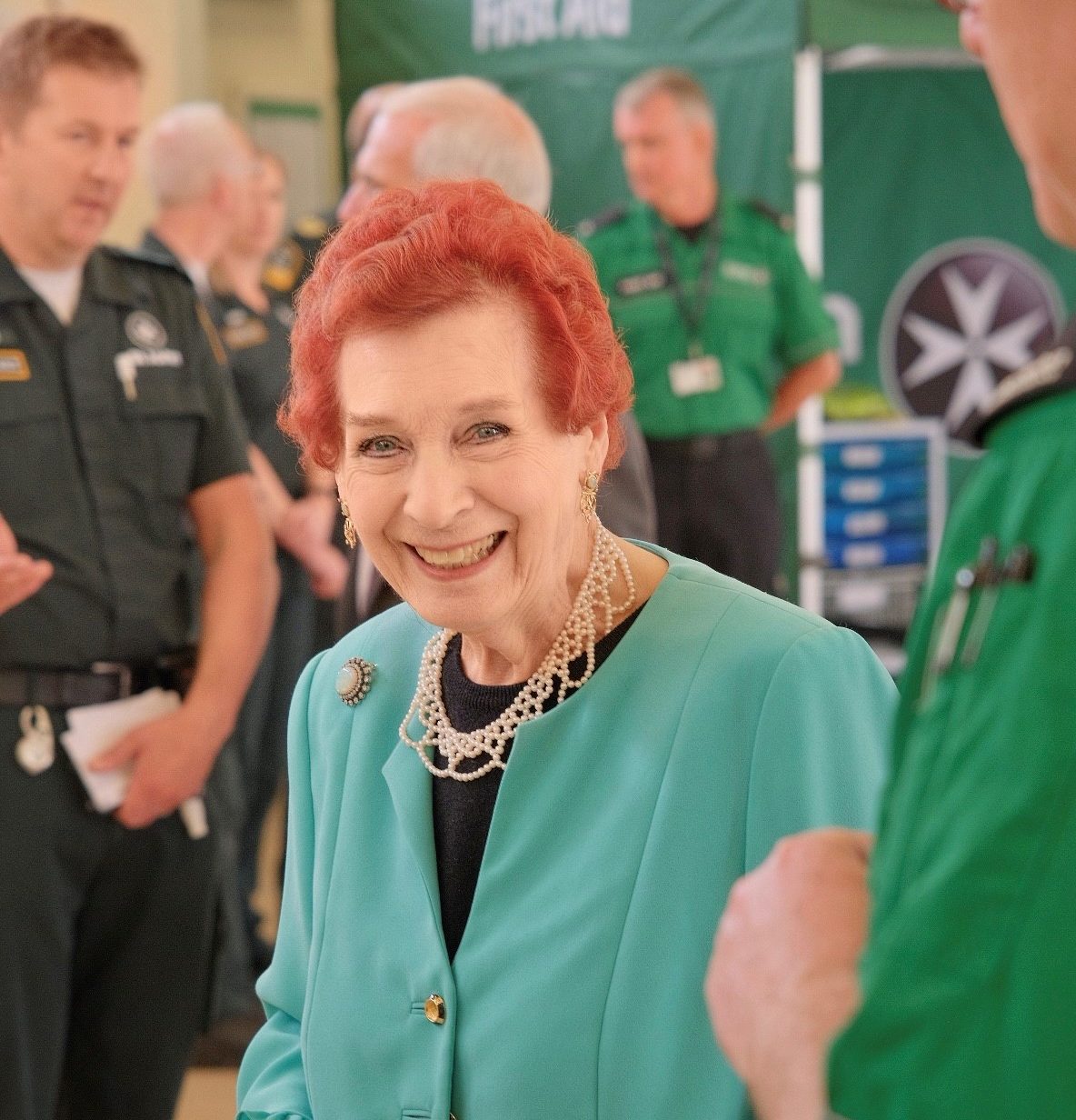 During her tour Baroness Fookes met St John volunteers, including members of the Voluntary Ambulance Reserve, frontline ambulance paramedics and staff from the St John Healthcare Shop. The visit also included a demonstration of CPR and first aid training and a display of the Cycle Response Unit, as well as a tour of the community library. 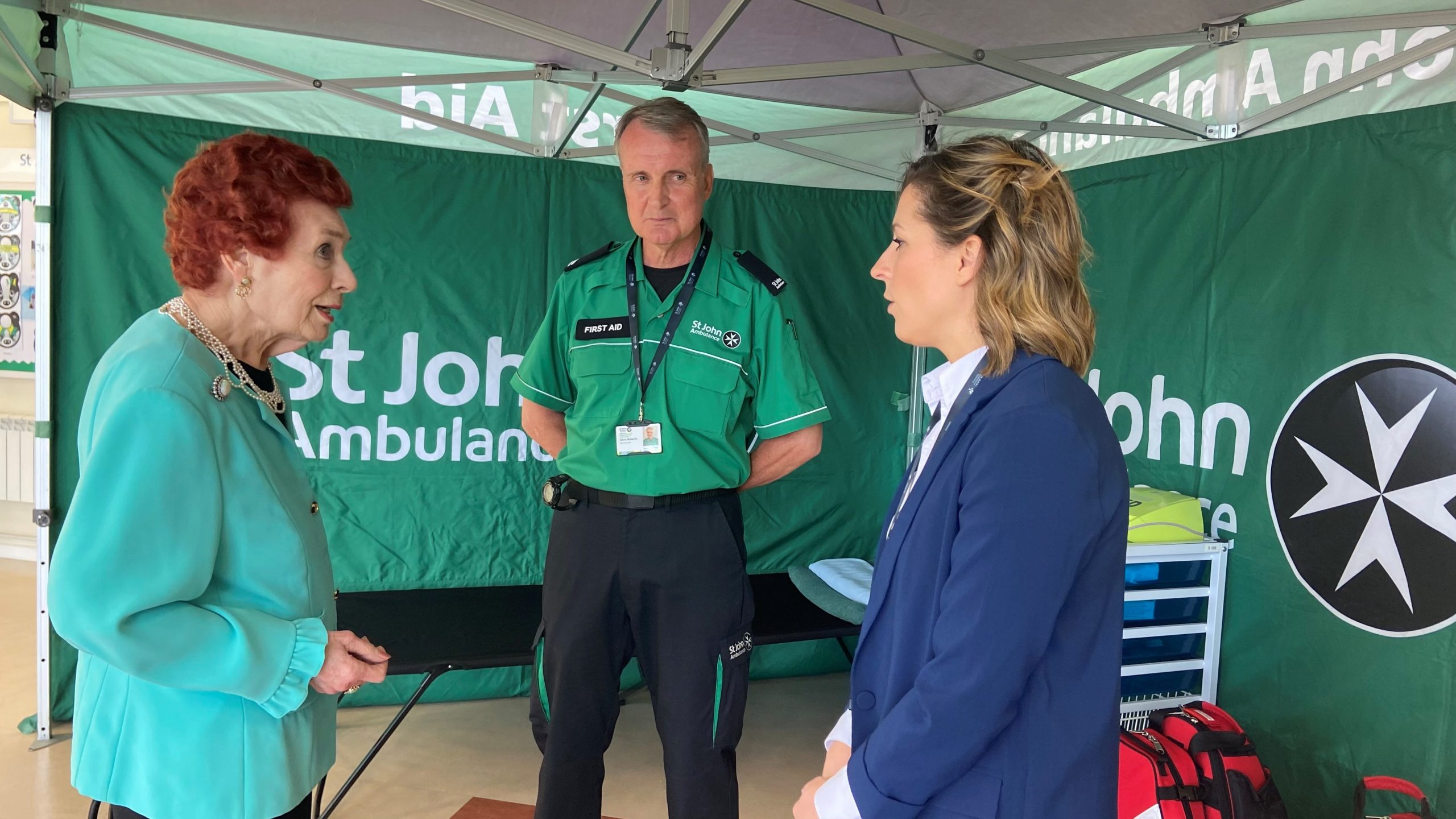 Baroness Fookes who was visiting Guernsey for the Liberation Day celebrations commented “I knew a bit about St John Ambulance in Britain, but this is a rather different set up and the number of things they do apart from the core work is amazing. They run the emergency ambulance service, they have a shop which sells good to help people remain in their own homes, the volunteers who attend all the events and first aid training.” 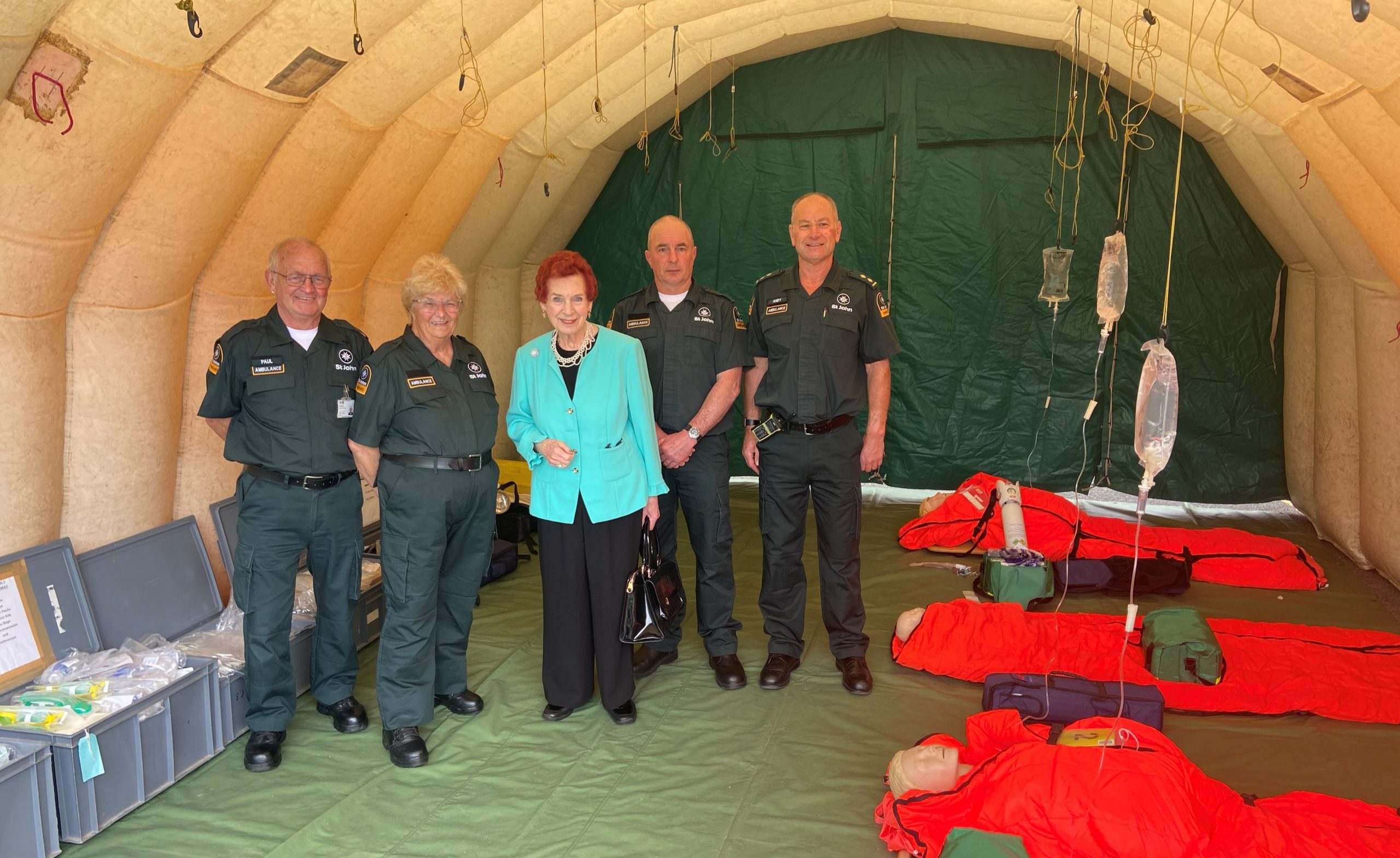 At the end of the tour of the Rohais facility Baroness Fookes was presented with a commemorative coin set showing the history of the ambulance service on the island and a copy of the book ‘Guernsey’s Occupation Ambulance Service’ by Gary Blanchford. 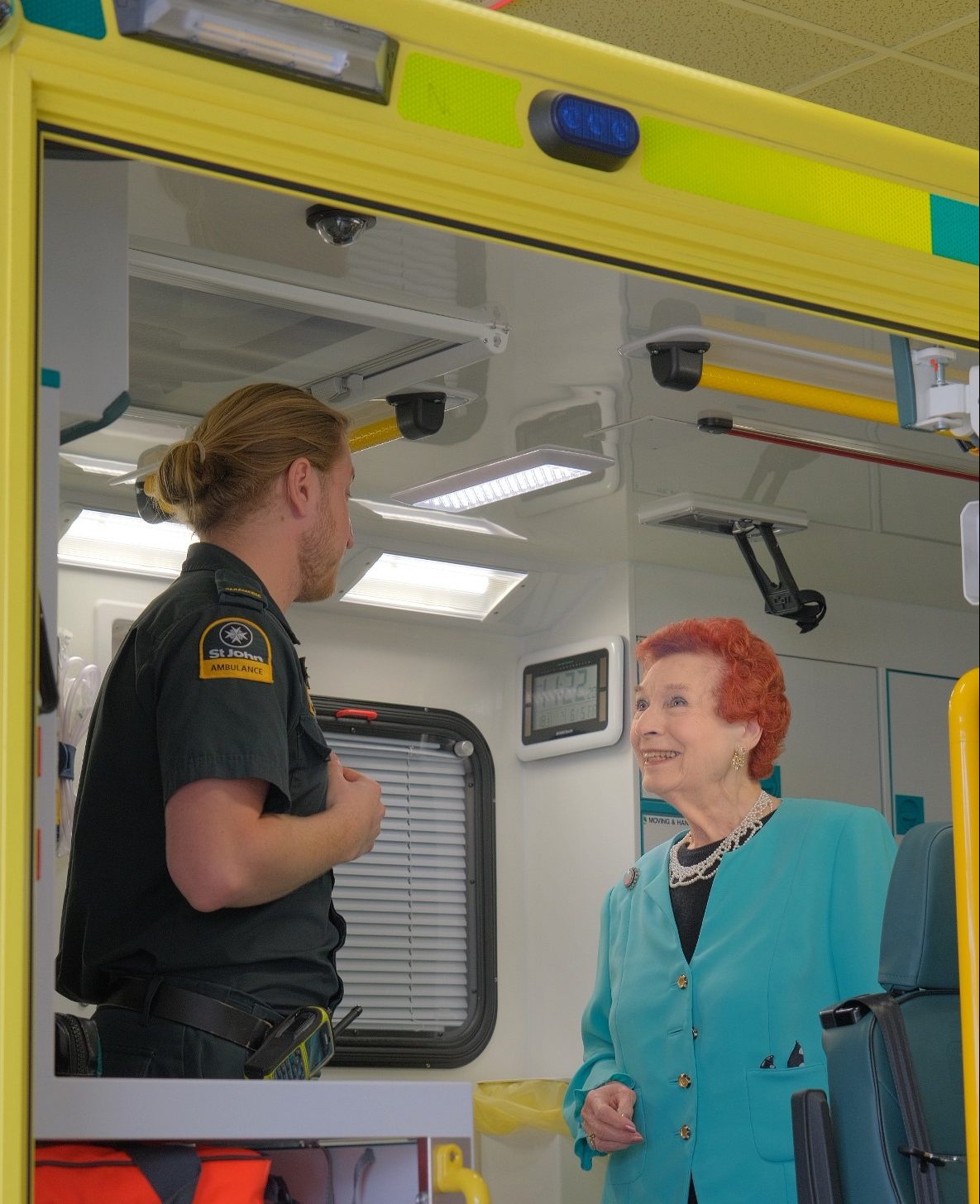