St John had a busy weekend responding to a number of medical emergencies, which included a road traffic collision on Vazon Coast Road which is situated on the West Coast of Guernsey.  The incident which involved a vintage Austin Alvis and a Honda Civic, resulted in two of the casualties having to be cut from their vehicle. All three casualties were transferred by ambulance to the Accident and Emergency Department at the Princess Elizabeth Hospital, which is the islands main hospital. 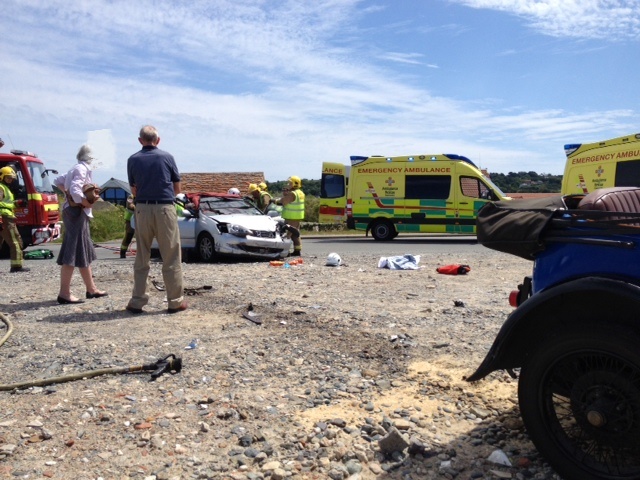 The St John Inshore Rescue Boat crewed by expert volunteers responded to an injured fisherman who had become trapped on rocks also on the West Coast of Guernsey.  The casualty was transferred to the Inshore Rescue Boat and brought ashore to a waiting ambulance, which conveyed him to the Princess Elizabeth Hospital for further treatment. 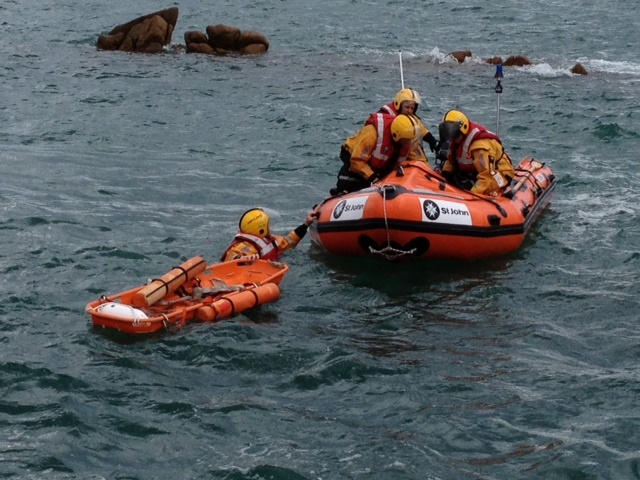 A request was made by a Herm Island Community First Responder for the marine ambulance “Flying Christine III” to transfer a female patient to Guernsey.  Herm Island forms part of the Bailiwick of Guernsey and is situated three miles off its east coast. Both the “Flying Christine III” and the Islands’ RNLI Lifeboat the “Spirit of Guernsey”, are currently undergoing maintenance work, so the relief Lifeboat “Daniel Gibson” was deployed with a Paramedic and Emergency Medical Technician on board.  The patient was assessed and treated before being conveyed back to Guernsey, where an ambulance and crew were waiting to transfer her to the Princess Elizabeth Hospital for further treatment.