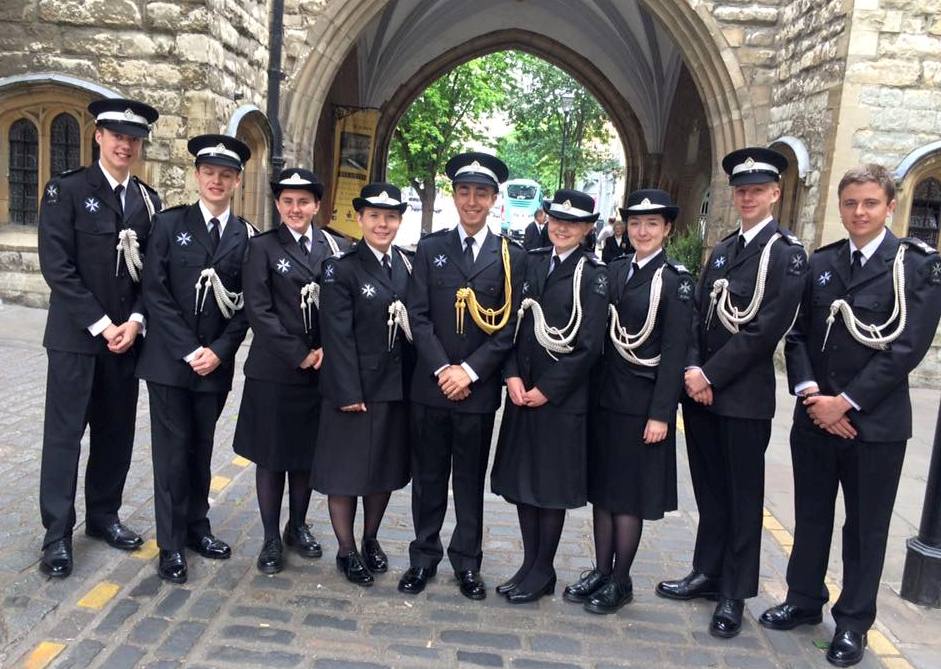 Ross Senior, 16, attended the celebration on 20 June as part of his role as Commanderies Cadet of the Year 2015. He was awarded the title at the 2015 National Cadet of the Year competition in May, competing alongside 30 cadets from across the UK.

Ross took part in the annual cadet parade from Smithfield Market to a service at St Paul’s Cathedral, joining St John staff and volunteers from across the globe to mark the achievements of the charity over the year.

Alongside the eight other regional cadets, he acted as an escort at the cadet flag parade which was carried by national cadet of the year Anton Conibert. Thousands of guests attended the event at St Paul’s Cathedral, including the Lord Mayor of London, Alan Yarrow, and Rodney Green, the Prior of the Priory of England and the Islands of The Order of St John.

Ross was also invited to attend the Annual General Meeting of St John, hosted by the Prior and the Lord Mayor, which reviewed the past year and looked ahead at the future of the Order.

“This event allowed me to meet people from all different walks of St John with many being highly distinguished brothers and sisters of the order from all over the globe.  I thoroughly enjoyed the event and feel privileged to have been invited to this once in a life time opportunity. It was great to have been able to represent Guernsey and the Commanderies of St John,” said Ross.

Vanessa Spiller, chief executive officer of the Commandery of St John Guernsey, said: “This was a fantastic opportunity for Ross to represent Guernsey at a high-profile St John.  He is a skilled and highly dedicated member of the St John cadets and is an excellent ambassador for St John Guernsey and for the island, as well as an inspiration to his peer group.”

Cadets start at St John Ambulance at the age of 10 and are guided by youth leaders where they take part in an interactive programme, ultimately working towards their Grand Prior Award.  Cadets can choose from over 70 different subjects to help complete their award.

These range from fire prevention and photography, to sports and first aid.  They work towards achieving a badge and certificate in each subject at the Cadet Unit meetings who usually meet once a week.