Two off-duty nurses have received the Chief Ambulance Officer’s Recognition of Performance Award and have been personally thanked by the man they helped save after he suffered a cardiac arrest last year. 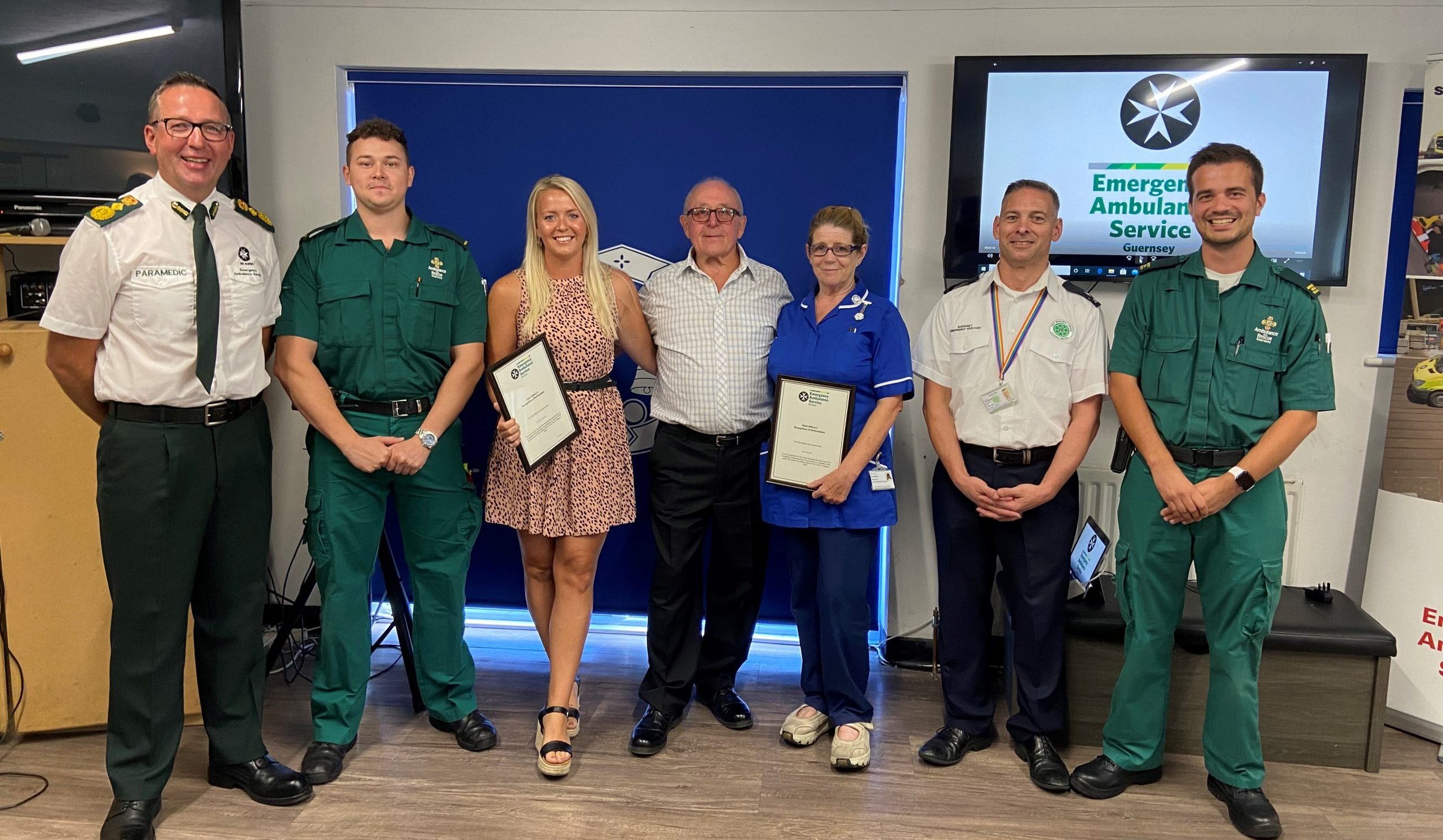 In August 2019 Robin Sweets (known to his friends as Bob) was working in the bar in the club house of Belgrave Wanders at the Track when he started to feel unwell, with chest pain and difficulty breathing. Within minutes he collapsed, suffering a cardiac arrest. A member of the public called 999 while two bystanders recognised the signs of the cardiac arrest and immediately administered life-saving first aid. Off-duty intensive care nurse Kristy Grant started CPR, assisted by community nurse Sue Black. While Kristy gave chest compressions Sue maintained Robin’s airway.

The ambulance crew arrived within seven minutes of the initial 999 call and Robin was still unresponsive and not breathing. The St John paramedic, an EMT and volunteer community first responder (an off-duty ambulance clinician) continued resuscitation attempts, attaching a defibrillator and oxygen and taking over the breathing. Within a few minutes Robin’s heart was beating and he was breathing again. He was rapidly transferred to the Emergency Department for further treatment.

Robin spent several days in the Intensive Care Unit at the PEH and a total of thirteen weeks in hospital before being flown to Southampton for surgery. Robin has since made a full recovery.

Robin says he is eternally grateful to Kristy and Sue for their prompt action, which undoubtedly gave him the best chance of survival. “They certainly did a good job and deserve huge credit for what they did.”

Kristy said: “I was in the right at the right time, so I could do something for Bob and help him. I’ve always wanted to be a nurse and help and care for people. I am absolutely buzzing I was able to help him that day.”

In a cardiac arrest the heart stops beating properly and for every minute that passes the patients chances of survival decrease by about 10%. Early recognition of a cardiac arrest and calling 999 for an ambulance, followed by CPR are the first two steps in the Chain of Survival. Using a defibrillator (or AED) and advanced emergency medical treatment and post resuscitation care in hospital complete the links in the Chain of Survival.

St John Ambulance Guernsey teaches a wide variety of first aid courses for the public and businesses, including Basic First Aid and Emergency First Aid. More details can be found at stjohn.gg/training. St John will also be working alongside the Guernsey Cardiac Action Group to provide a series of free CPR and AED sessions during Restart a Heart week in October.

Chief Ambulance Officer Mark Mapp presented Kristy and Sue with the Chief Officer’s Recognition of Performance Award at a short ceremony at the Track. Mr Mapp also thanked the paramedic and ambulance crews which responded to the incident, including an off duty clinician who attended as a volunteer Community First Responder, as well as the 999 call taker at JESCC.