Ten volunteers have just completed their training as Community First Responders (CFRs) and have been presented with new response bags and defibrillators, ready to help in life threatening medical emergencies around Guernsey. 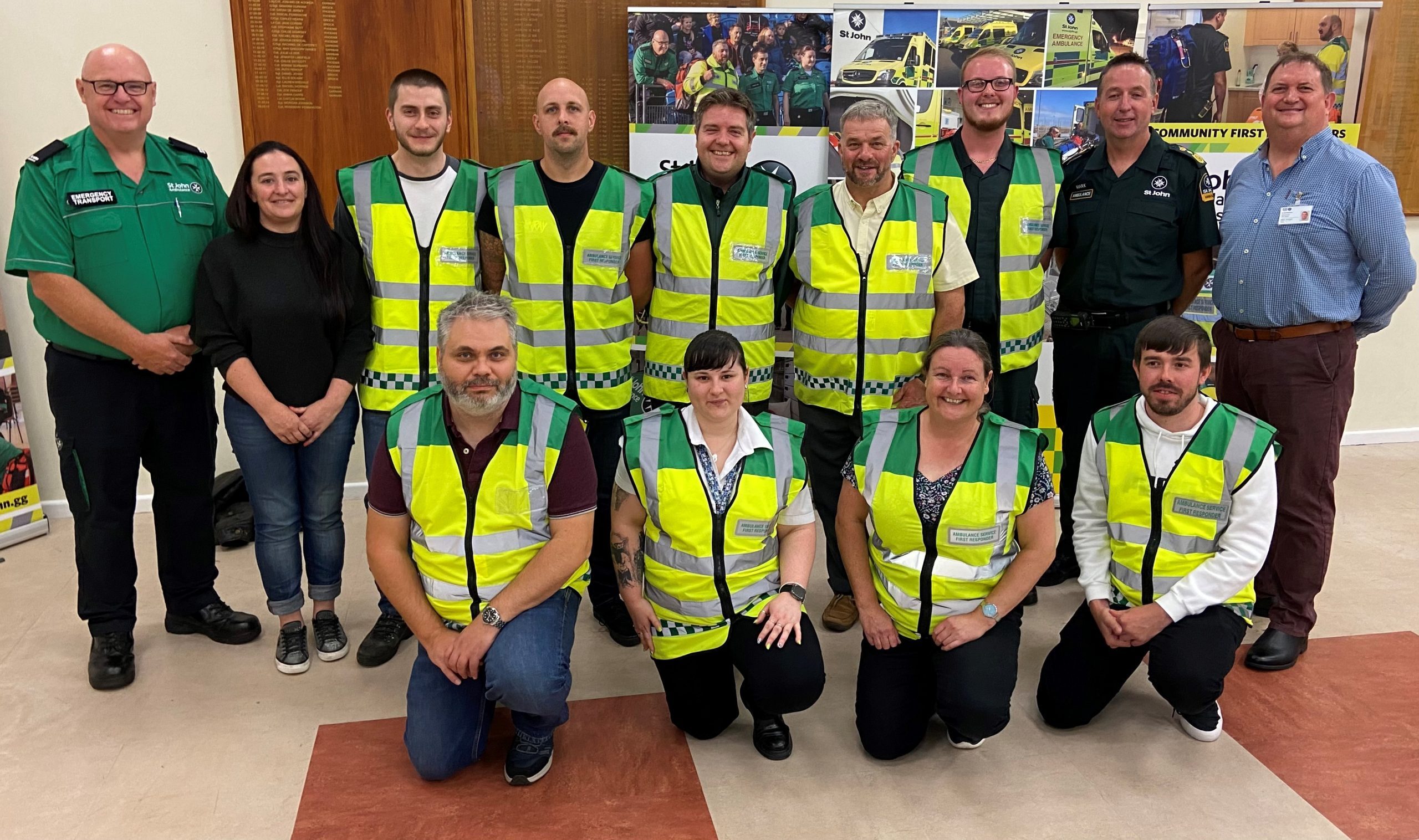 The CFR scheme, which is run jointly by the St John Guernsey charity and the Emergency Ambulance Service, trains volunteers in life-saving skills so they can respond to the most serious of medical 999 calls in their vicinity, such as cardiac arrests, chest pains and breathing problems. In addition to gaining knowledge on how to assess and provide immediate care for patients, training also included personal safety, communications and moving and handling. CFRs are also assessed on their local knowledge and navigation.

In Guernsey CFRs are alerted via text message by the Joint Emergency Services Control Centre (JESCC) and if they are close by and available they can respond from their home or workplace, often arriving in the minutes before the ambulance gets on scene.

St John Community Operations Manager Phil Ozanne said: “I’d like to congratulate these volunteers on successfully completing their training. We are extremely grateful that we have people such as these who are prepared to respond, day or night from their workplaces or home to members of our community who are in urgent need of medical assistance. Their intervention really can be the difference between life and death. Our CFR scheme relies on donations and sponsorship and we would love to hear from businesses or individuals who would like to sponsor a CFR as we are looking to grow the number of responders currently available.”

Chief Ambulance Officer Mark Mapp thanked the volunteers for training to become CFRs. He said: “This scheme is really important to Guernsey. These volunteers provide the first few links in the chain of survival, very often CFRs will be there before the ambulance and have the skills to give early treatment. There is no doubt that the CFRs, together with telephone CPR advice from JESCC and the one hundred or so Public Access Defibrillators we have around the island are helping cardiac arrest survival rates in Guernsey.” 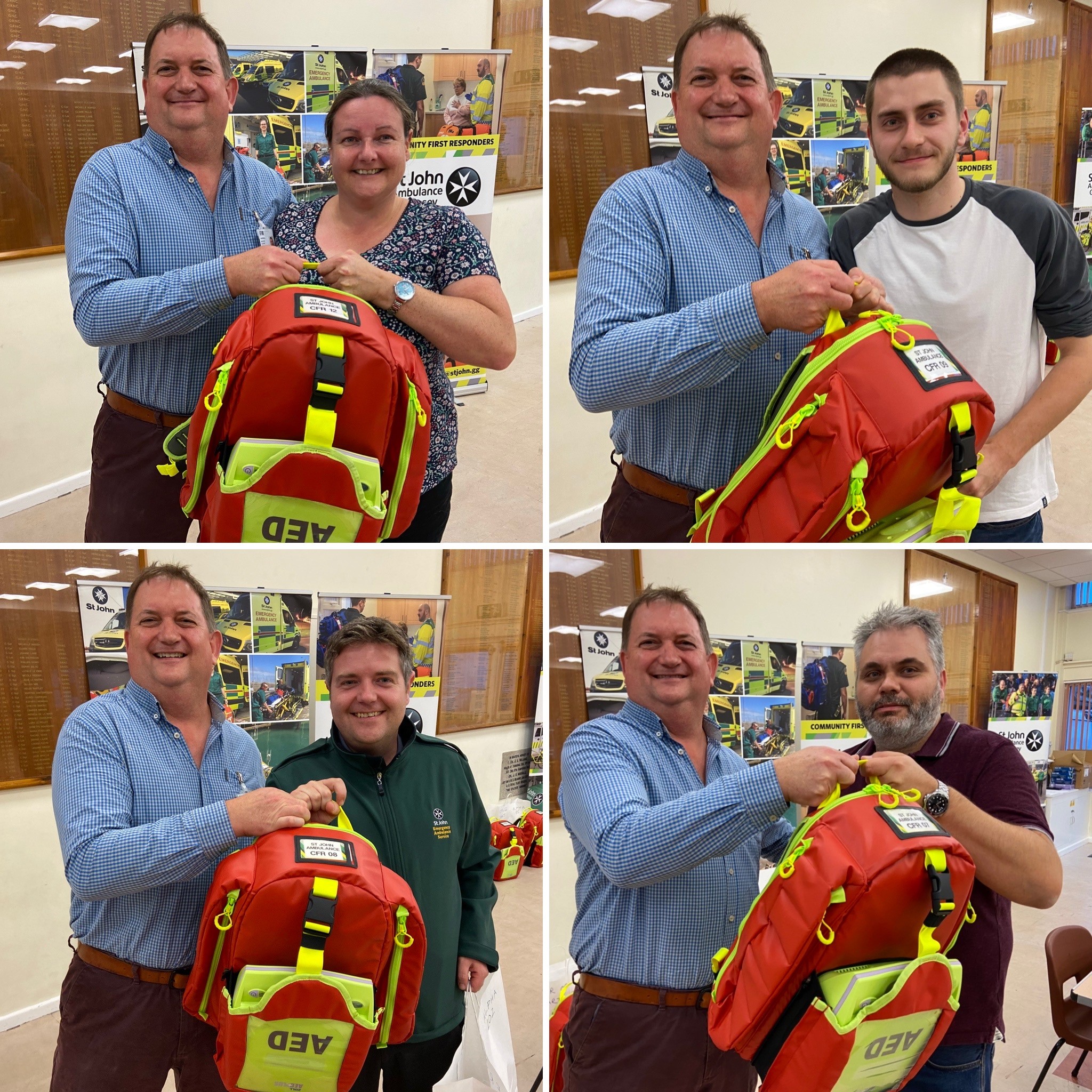 The CFRs were presented with their new response bags by Dr Neil Robinson, Consultant in Emergency Medicine at the PEH and Medical Director of St John Guernsey, who said: “Time is critical when dealing with a medical emergency, having a CFR system out in the community will save minutes and minutes will save lives. The evidence is that if we can deliver early defibrillation and early attention to an occluded airway it can be brain saving and life-saving.” 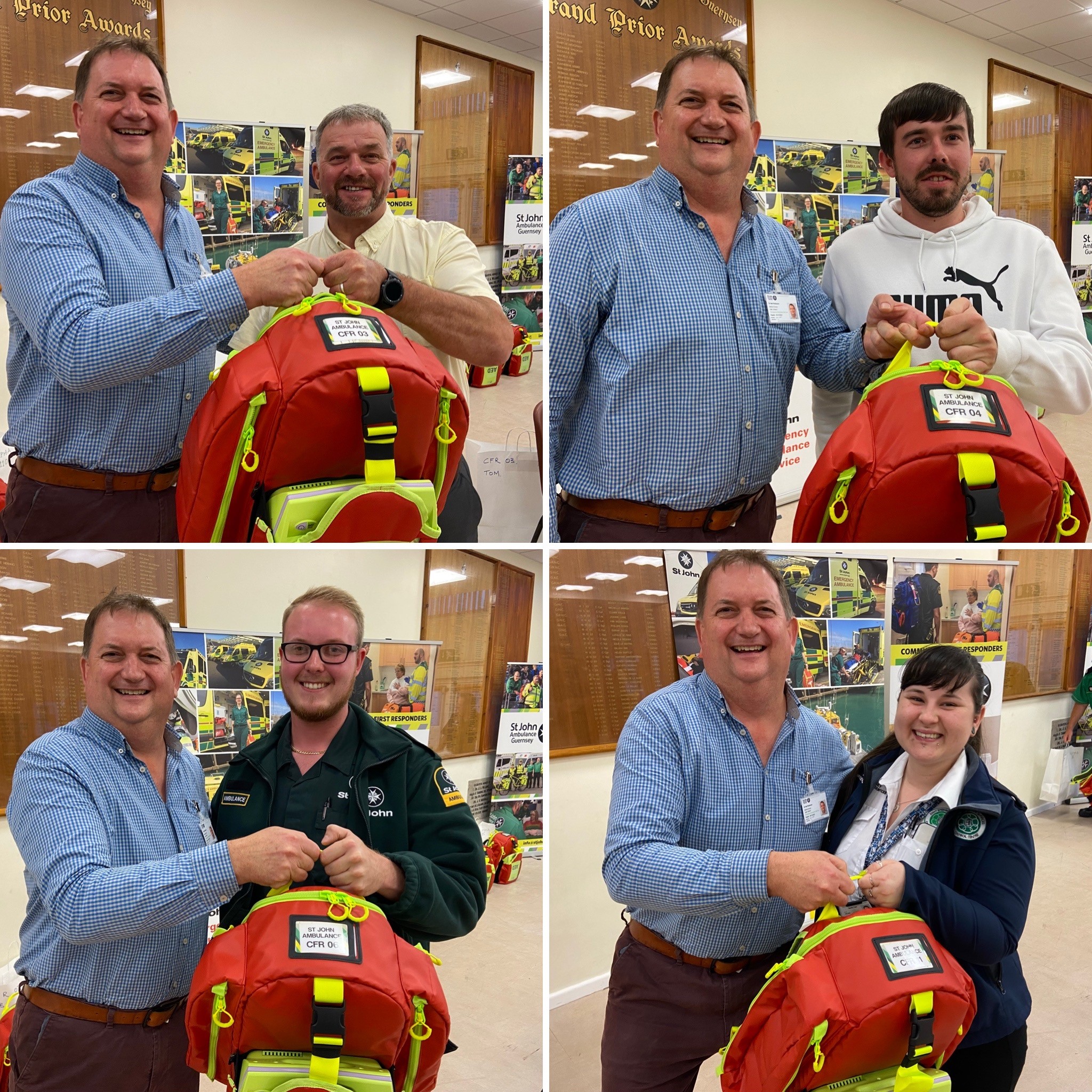 New Community First Responder Janet Unitt said: “I have been a work first aider for several years, and joined St John to train as an Event First Aider three years ago. I want to be able to use my skills to help others in the community. My employer, EFG Private Bank Limited are very supportive of this voluntary role and will allow me to attend any nearby calls during working hours.”

Fellow CFR volunteer Jess Le Galloudec said: “Knowing I could be in the right place at the right time and I could have a really big impact on someone’s chances of survival, drove me to join up as a CFR. Those extra few minutes or seconds could really help someone in need and that is a good feeling.”

In addition to the volunteer Community First Responder scheme, the Emergency Ambulance Service also has a group of Staff Responders, made up of off-duty ambulance clinicians, and Co-Responders from the other emergency services, who also respond to the highest categories of medical emergency.

Anyone wishing to sponsor a CFR or support the scheme can contact info@stjohn.gg or call 727129. 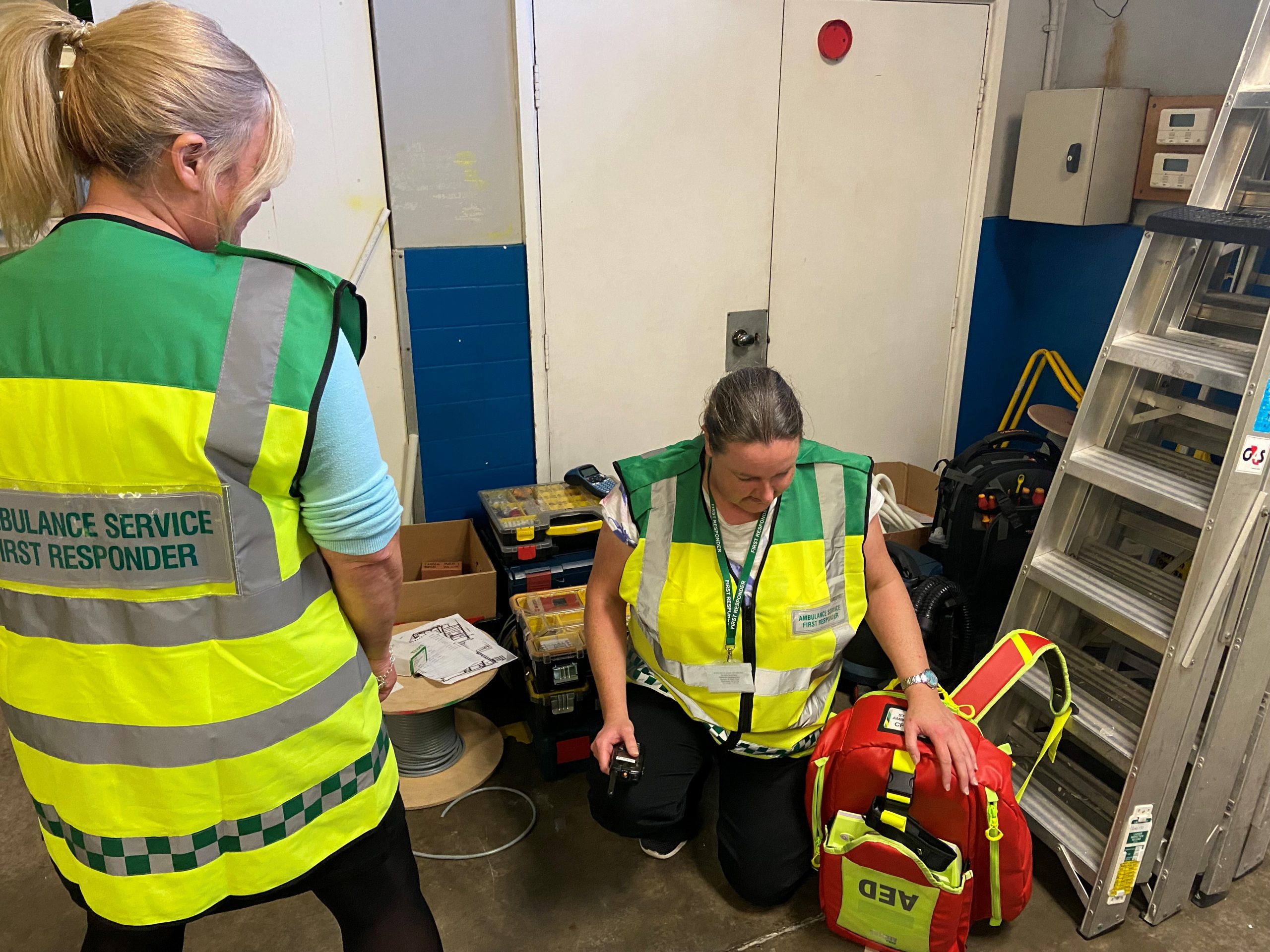