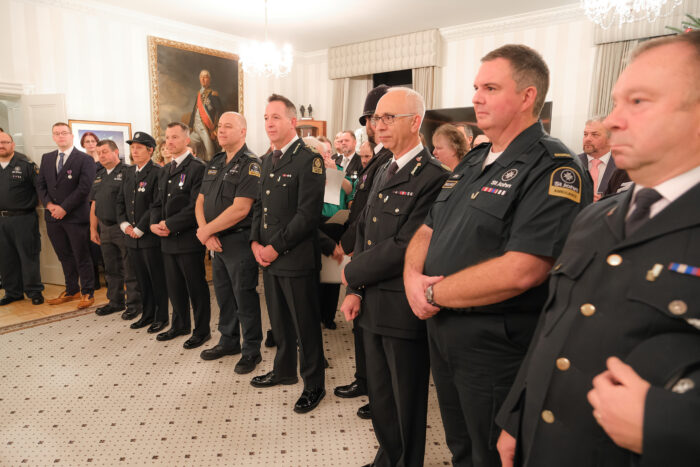 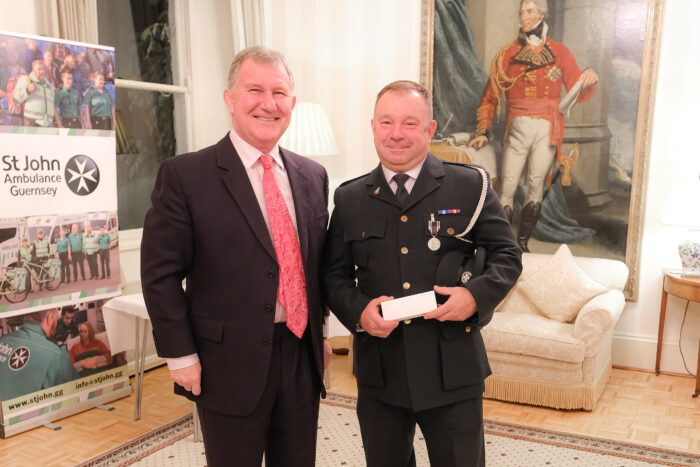 Paul Philips joined the Service in 2002 and completed his initial training at the Ambulance Training College in Chippenham. Paul has also been a dedicated volunteer crew member of the marine ambulance Flying Christine III since which he joined in 1985 as an engineer. During his ambulance career Paul was involved with all of the rescue areas of the Service and was an instructor for the Inshore Rescue Boats.

Paul continues to be a regular member of the standard party at ceremonial events throughout the year and attended Remembrance Sunday at the London Cenotaph several years ago as part of the Civilian Services Contingent. Paul has many notable achievements from his time with the Service, one of which is when he sailed a car from Guernsey to Sark in 1994 to raise £7,500 in donations for the Flying Christine III. 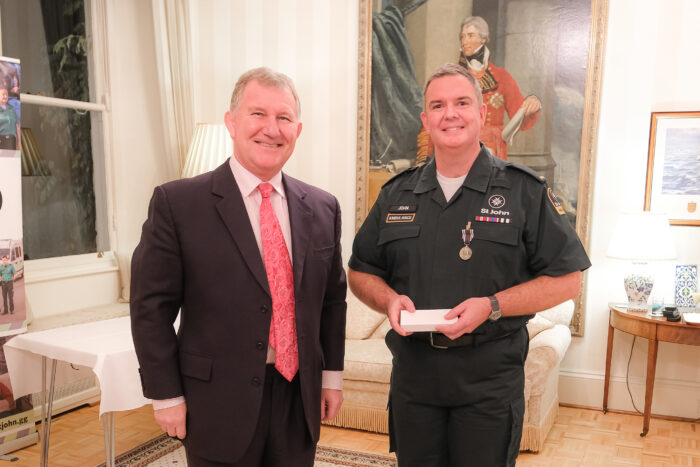 Paramedic John Atkins has over twenty-four years of experience in healthcare, with over twenty of those as a registered healthcare professional. John joined the ambulance service in 1997 and rose through the ranks to be appointed as Acting Assistant Chief Officer in 2012. John left the Service to take up roles in business continuity and then as the Resuscitation Officer at the Princess Elizabeth Hospital. In 2019 John became the Medical Services Manager at the Silverstone motor racing circuit and also their Lead Paramedic. At this time John also worked part time as an operational paramedic with the East Midlands Ambulance Service NHS Trust. John was an active member of the volunteer section of St John Ambulance Guernsey between June 1991 to July 2005 principally involved in training and youth work.

John has now returned to Guernsey with his family and is again working as a bank paramedic with the Service and has taken up the role of Assistant Training Manager with the Institute of Health and Social Care Studies. 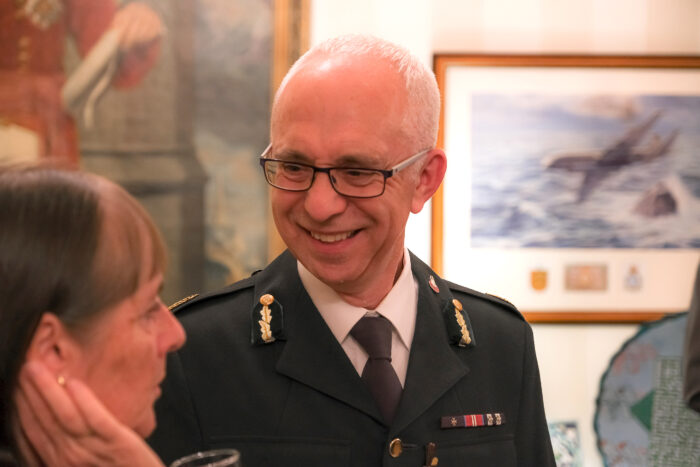 Head of Operations Dean De La Mare  joined the ambulance service in 1999, initially with the Patient Transport Service and progressed to become a Paramedic and then a Station Officer in 2007. In 2009 Dean completed the training to become a Paramedic Tutor, regularly teaching first aid to members of the public as well as training ambulance clinicians. Dean regularly parades at ceremonial events on behalf of the Service, including twice attending Remembrance Sunday at the Cenotaph in London as part of the Civilian Services Contingent. In 2019 he was promoted to Deputy Chief Ambulance Officer and is now Head of Operations for the Service.

His connection to St John dates back to when he was just 8 years old. He later becoming involved in leading the youth sections of the St John charity and in 2015 Dean was appointed as an Officer of the Order of St John. 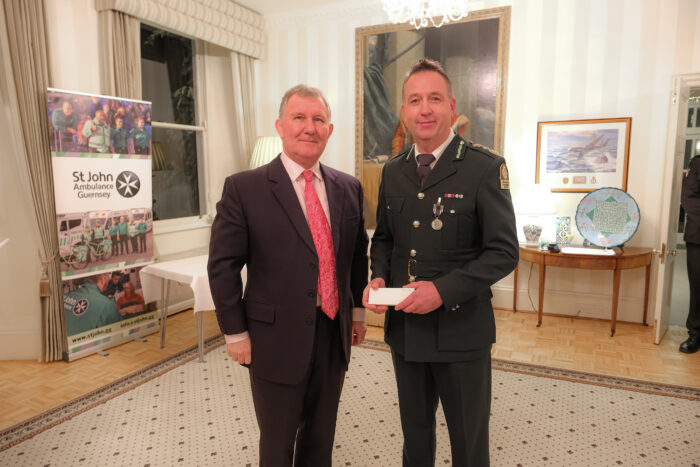 Chief Ambulance Officer Mark Mapp joined the service in 1998, and progressed from working on PTS to becoming a Paramedic trainer. Mark was actively involved in all of the rescue activities, as an inshore lifeboat coxswain he faced several dangerous and challenging incidents. In 2005 Mark spent time working with the East Anglian Ambulance Service then on returning to Guernsey, Mark worked as a Bank Paramedic with the Service.

In 2010 Mark transferred to the Nursing Directorate at Health & Social Care and continued to work closely with the ambulance aervice to develop and improve work areas in education, clinical governance and emergency planning. In 2019 Mark returned to full time operations with the ambulance service as a Senior Officer before being promoted to the position of Chief Officer. Mark has responsibility for Guernsey’s ambulance service and works with various governmental agencies to implement a new and sustainable model of service. Mark continues to be a Community First Responder and maintains his paramedic skills operationally.

EMT Tim Hitchin was unable to attend the Government House ceremony, but was presented with his long service award by the Knight Commander of St John Guernsey John Hollis at a seperate event. 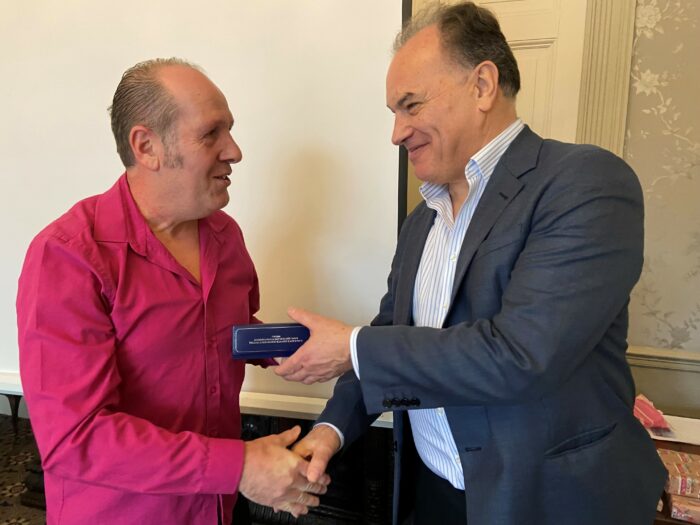