St John members have been present and played an active role in the events following the death of Her Majesty Queen Elizabeth II.

The Knight Commander of St John in the Bailiwick of Guernsey, John Hollis, led tributes to the Queen Elizabeth II, who was Sovereign Head of St John. 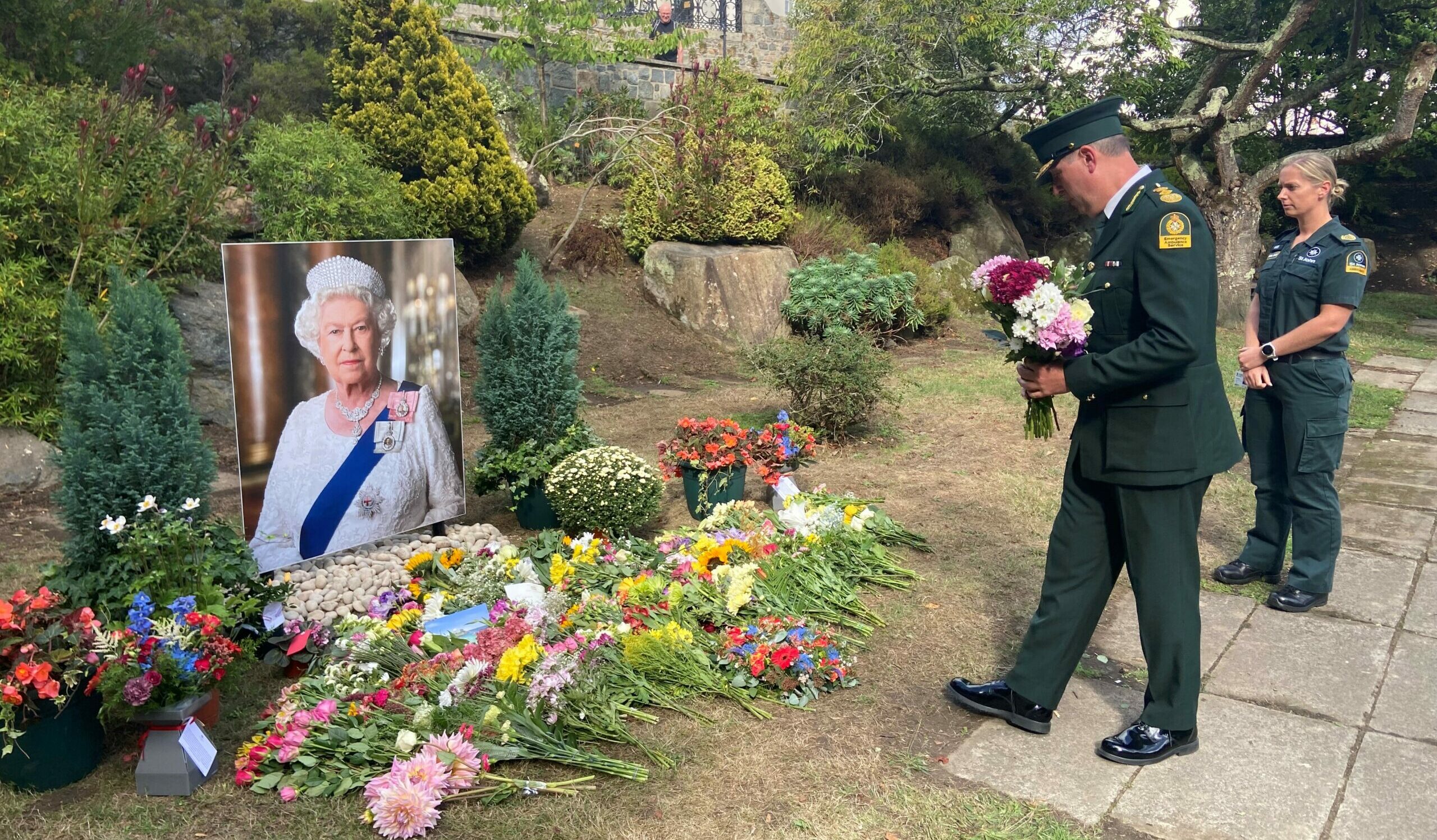 The Chief Ambulance Officer, Mark Mapp and representatives of the St John Guernsey charity laid flowers at the Sunken Garden in St Peter Port, which became the focal point for public floral tributes. 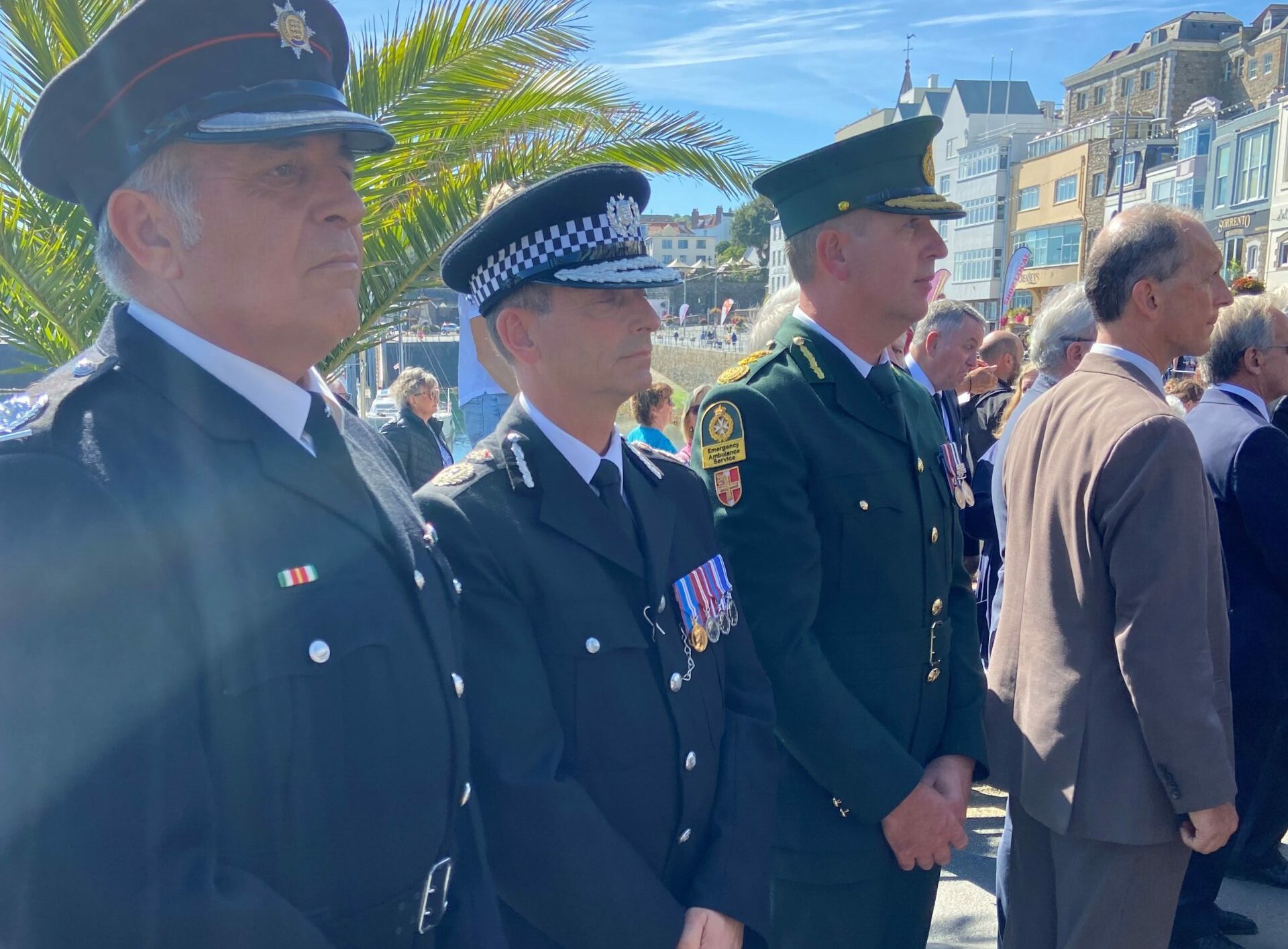 Mr Mapp also joined heads of the other blue light services for the Proclamation of King Charles III at a special sitting of the Royal Court at St James, the public Proclamation of the King on the Crown Pier and the Service of Thanksgiving for Her Majesty Queen Elizabeth II at the Town Church. 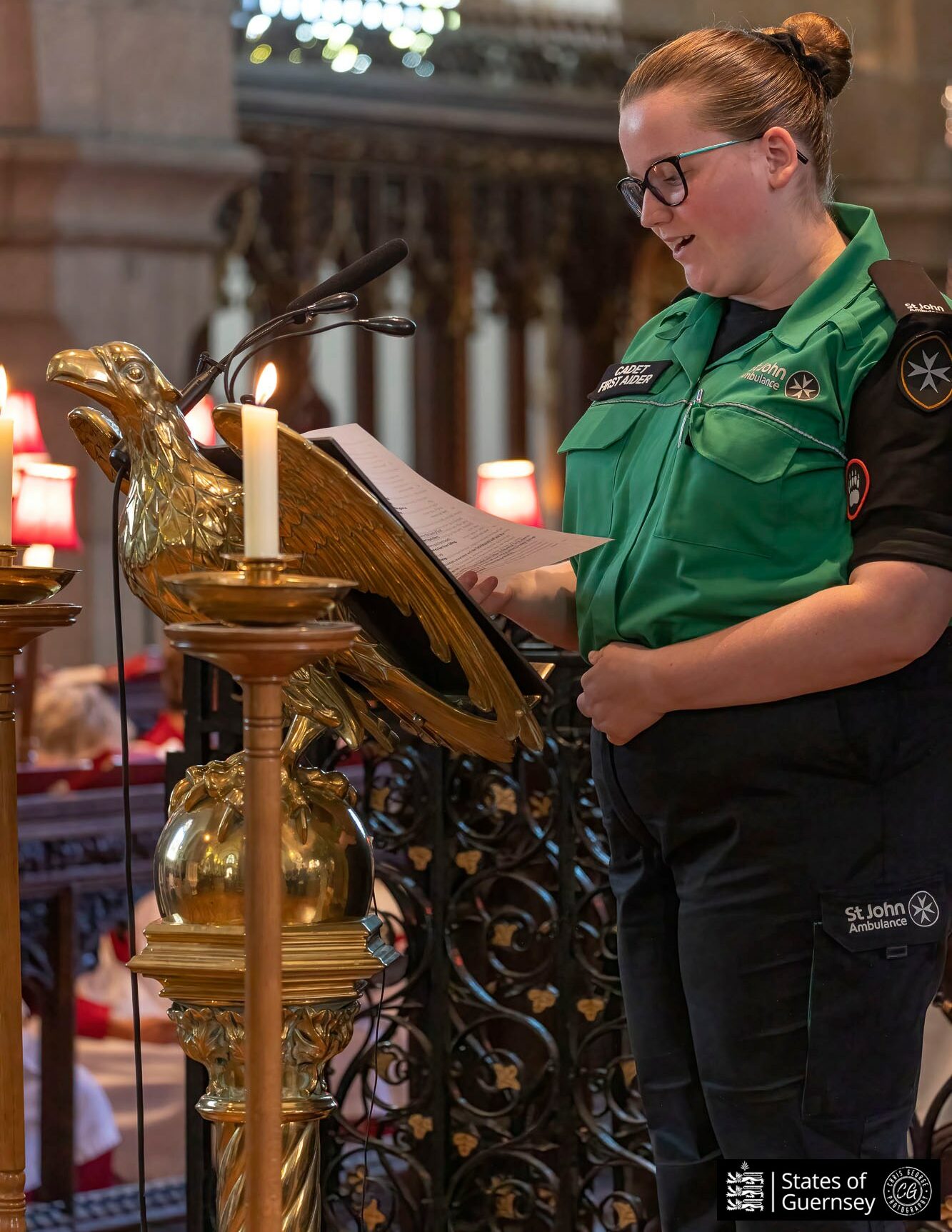 St John Cadet, Matilda, had the honour of reading a prayer at the Service of Thanksgiving along with representatives of other Guernsey charities of which the Queen was patron. Standard bearers from the St John Ambulance Charity and the Emergency Ambulance Service have were also present at the ceremonial events held during the week.

St John Ambulance Guernsey volunteers have been on duty providing first aid, care and support at all of the large public events around the island, including the Proclomation of King Charles III, the Service of Thanksgiving and the public screening of the funeral of Her Majesty Queen Elizabeth II. 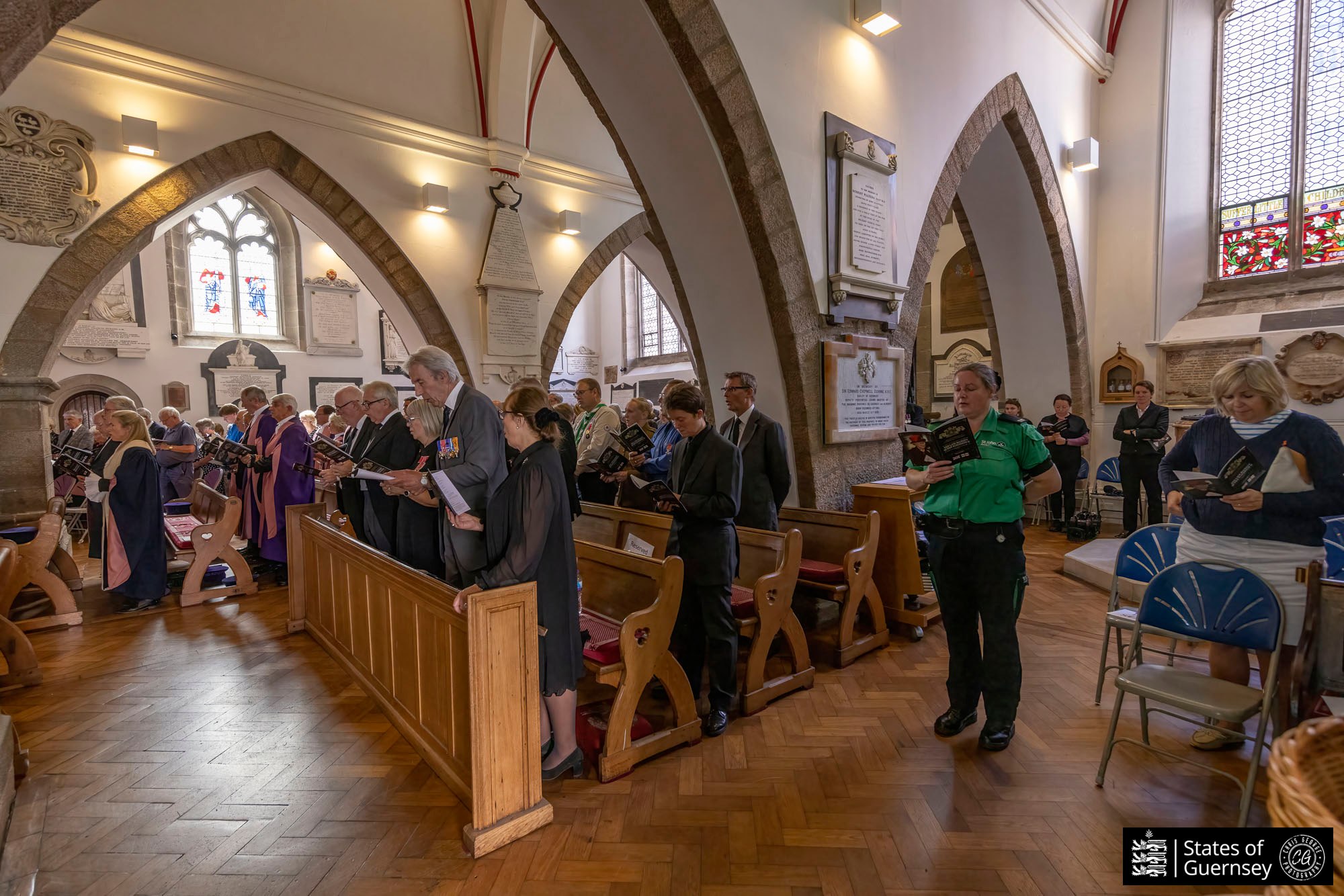 A book of condolence has been opened at the Rohais headquaters of St John Guernsey, which is available for members, volunteers, staff and supporters to sign. The book will be sent to St John International HQ and will then be bound and kept in the Museum of the Order of St John in London.

Flags has been flown at half mast outside the St John headquarters during the period of mourning and the St John Healthcare Shop and St John Training Services were closed as a mark of respect and to allow staff to watch the funeral of Queen Elizabeth. 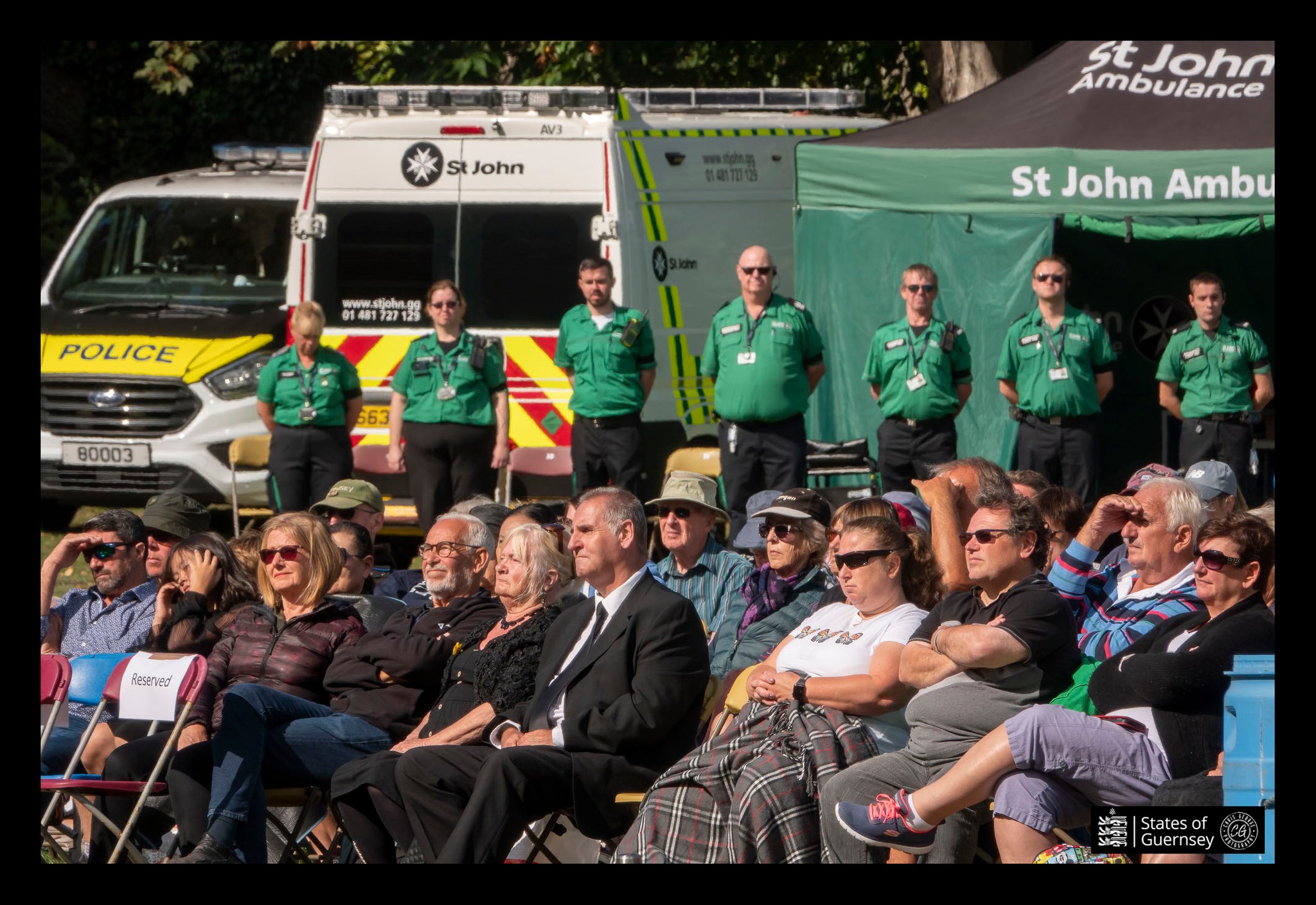