On call 24 hours a day 365 days a year, the St John marine ambulance has been providing an essential outreach medical service to all of the islands in the Bailiwick since 1952. 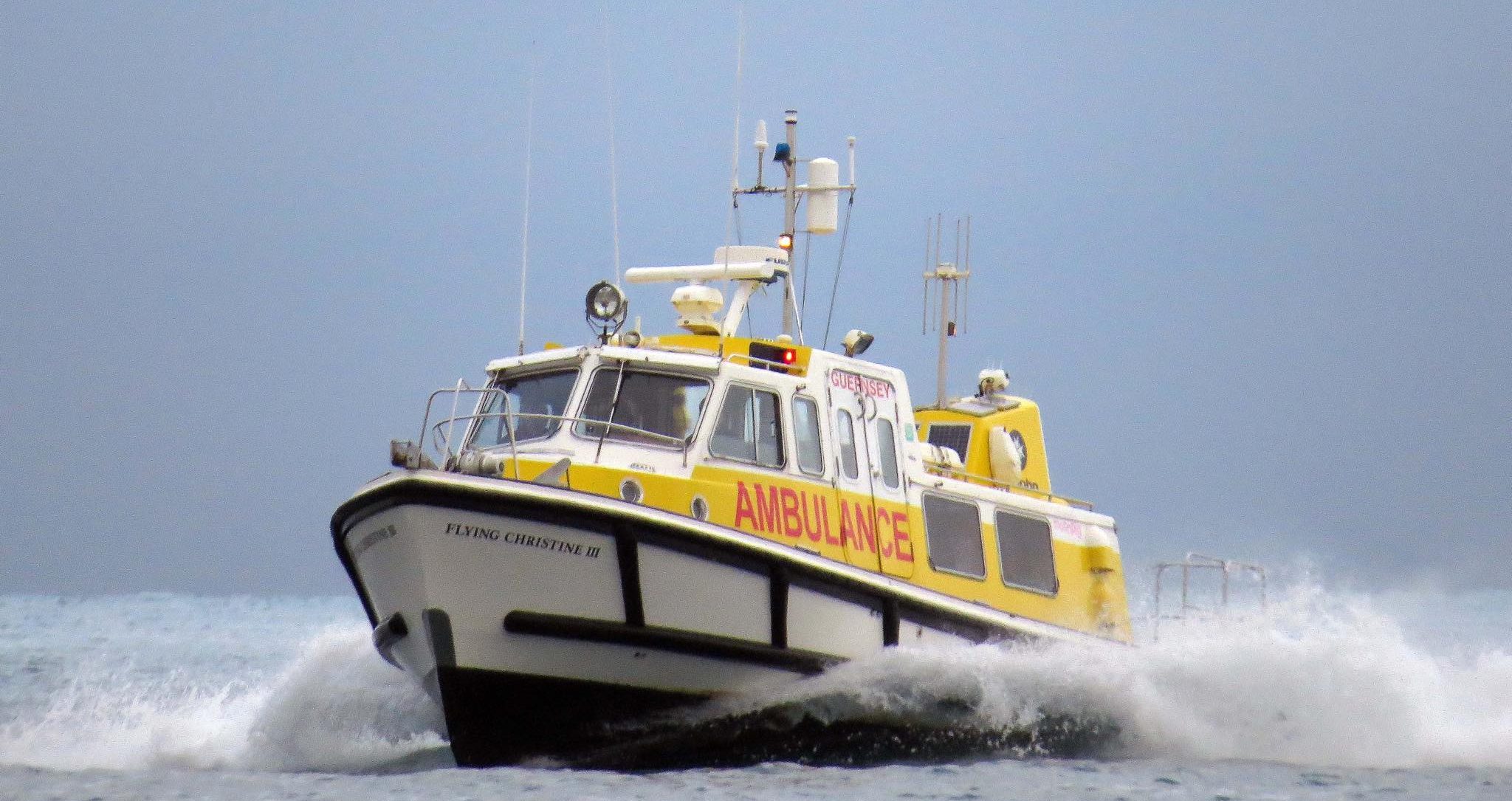 The original Flying Christine started life as a passenger boat before being purchased by St John, thanks to the voluntary contributions. Nearly 70 years later and with the third vessel to bear the name St John still provides a lifeline to the other islands and vessels in local waters, as well as offering resilience to Guernsey and Alderney when aircraft cannot fly. 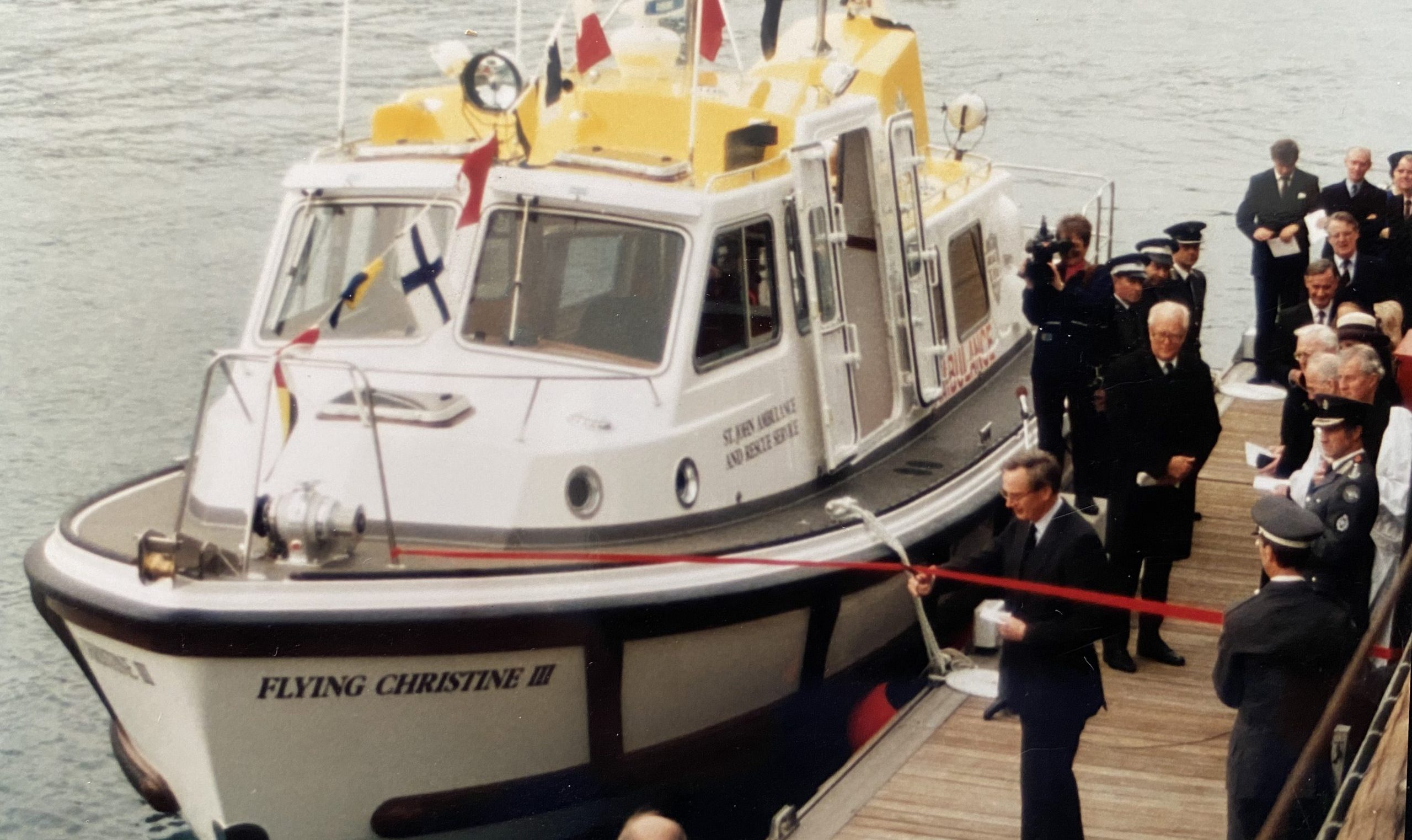 The Flying Christine III, launched in 1994, was purpose built with a forward wheelhouse and a spacious low cabin, carrying a stretcher and an array of medical equipment making it almost identical to an emergency road ambulance. Either side of the cabin are two large doors providing good access for the stretcher and the engines are at the stern and the Nelson 45 hull is designed to cut through the waves rather than ride on the surface of the sea to give the patient a more comfortable experience onboard.

Like its predecessors the Flying Christine III was paid for by charitable donations from the community. She is crewed by a coxswain, engineer and navigator, all volunteers from the local maritime community who are on-call on a rota system, plus a paramedic led professional medical team from the Emergency Ambulance Service capable of providing advanced pre-hospital care to ill or injured patients.

Buz White is one of the longest serving volunteers, having joined in the summer of 1978. He clearly remembers his first call to Sark and says he still loves it more than forty years later. “There always a sense of adrenaline when the call comes in. I love the boats, I love the people and the comradeship, we work like cogs in a machine.” 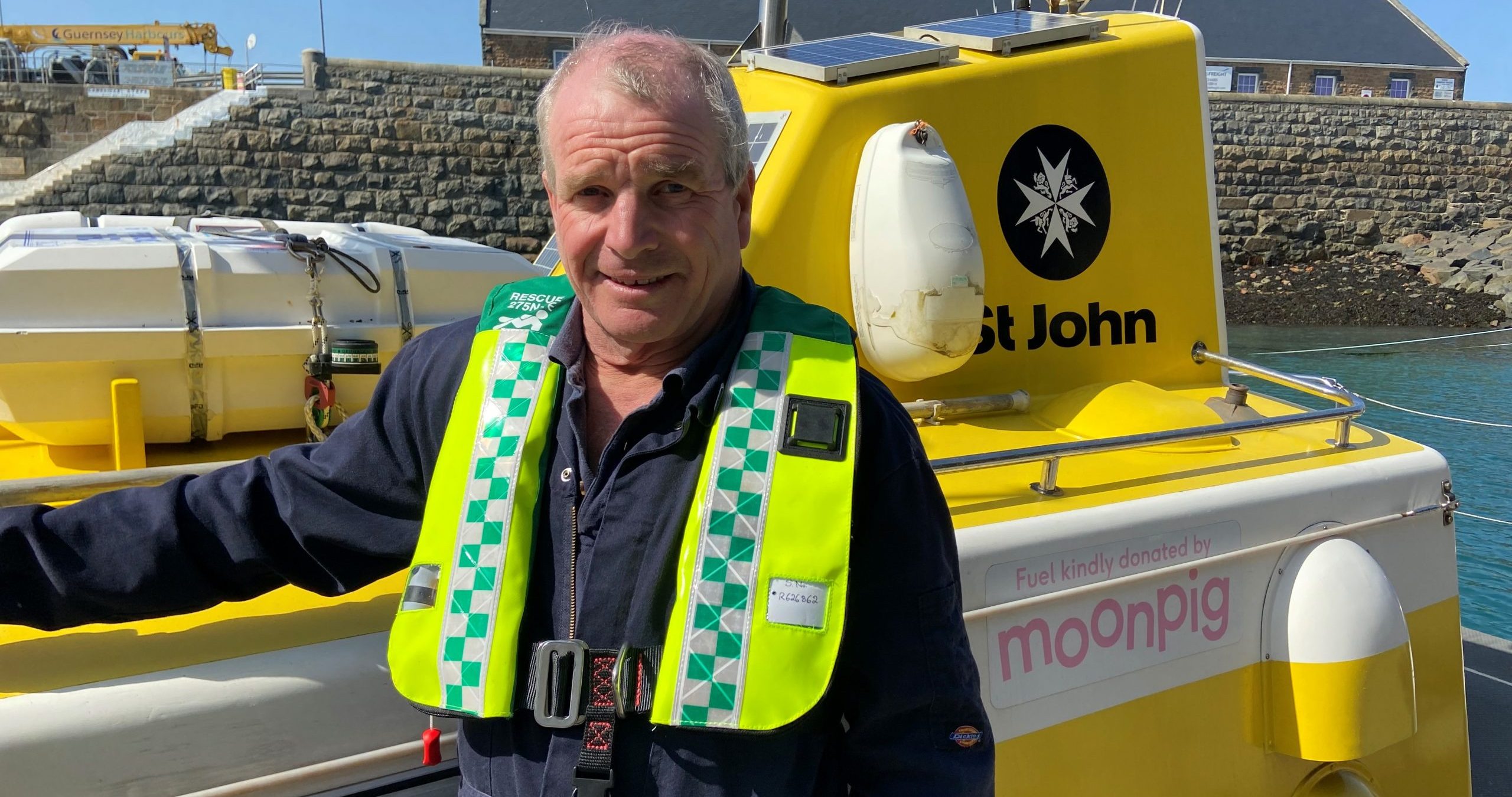 Buz has responded to countless missions, but some stick in his memory more than others, including the rescue of a crewman from a passing ship in rough seas with a large swell, when the patient had to be lowered onboard in an orange basket stretcher. There was another call for a pregnant lady in Sark. “There were nine on board when we left Sark. The boat crew, midwife, paramedic team, the lady and her husband, but by the time we got back to Guernsey there were ten, which was really lovely.”

Dave Welbourne also has a long association with the marine ambulance, having started as a volunteer coxswain in 1987 while working for Sark Shipping. His involvement with Flying Christine lead him to change career and join the ambulance service going on to training as paramedic. Dave, who is now a Senior Officer and responsible for the running of the vessel, still responds as a coxswain today. In the 1990s he was also part of the design team for the Flying Christine III. “We had a blank canvas, so we were able to take all of our years of experience to plan, design and build the boat. It was just before I got married and my future wife said I spent more time with the boat than I did with her and suggested I should marry the boat!” 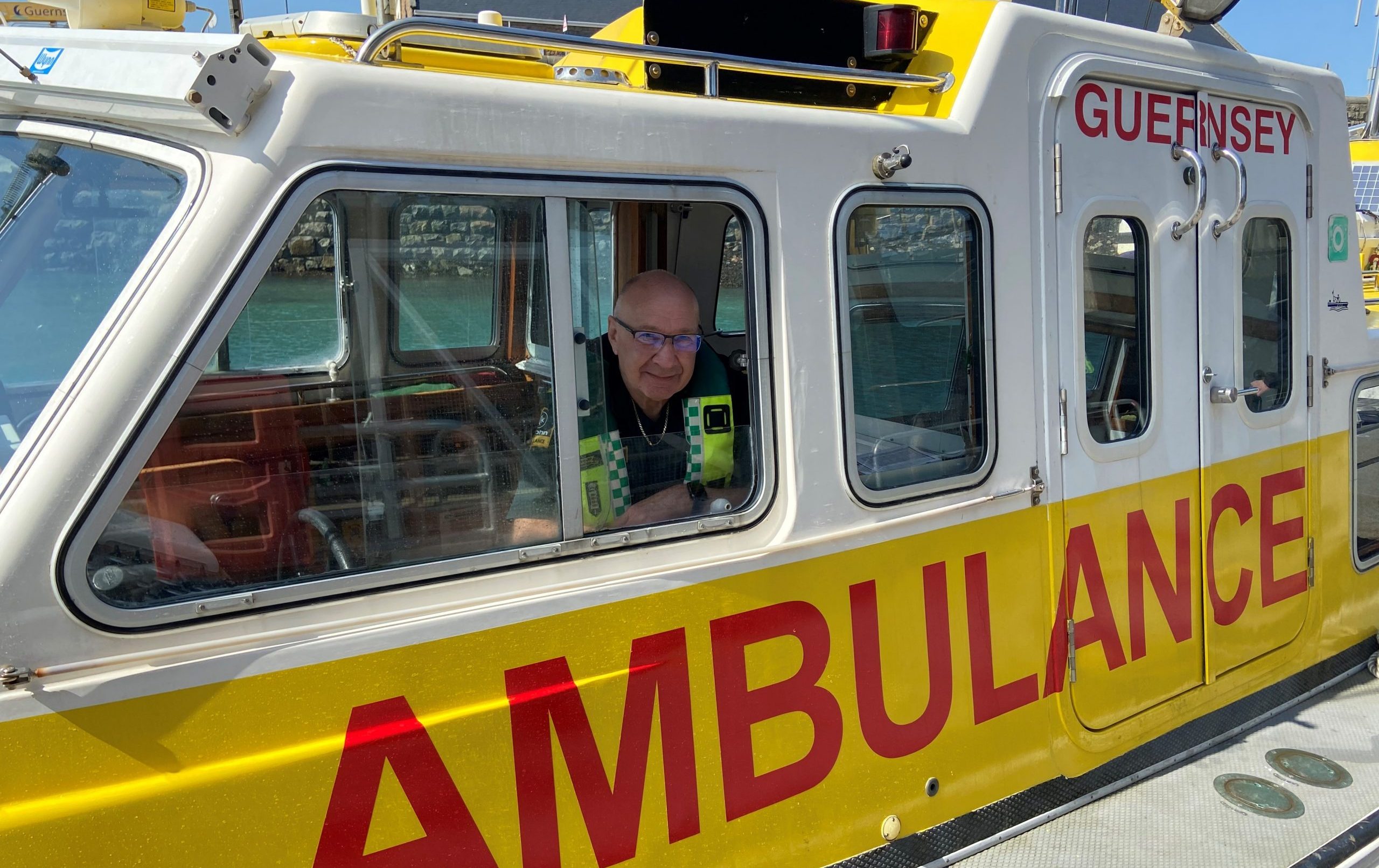 “Every trip is different. There was one day when we six spent hours searching for someone in the water, after coming back to the harbour to fuel up we got a separate call for a plane that had come down 30 miles west of the island.”

Over the years the Flying Christine has been on duty for events such as the annual air display and power boat races, including the British Grand Prix in 1993 when she and her crew were praised for the rapid recovery and live-saving treatment of the crew of a upturned Class 1 boat. In 2012 the St John marine ambulance was invited to take part in the Queen’s Diamond Jubilee Pageant on the Thames in London, to represent St John and the national ambulance services. 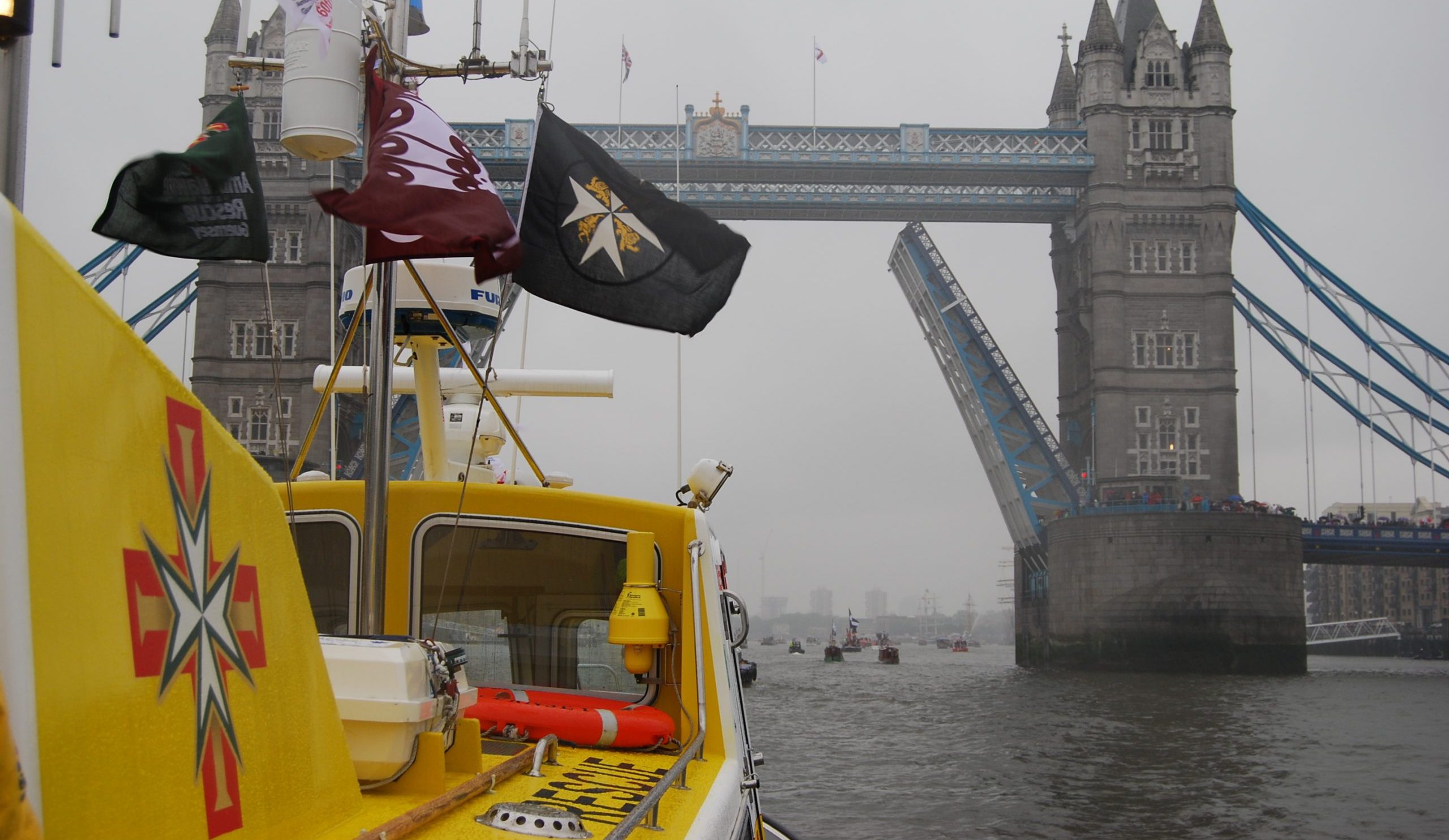 Tim Slann, who served in the Royal Navy during the Falklands War and is now a teacher at Elizabeth College, has been volunteering for eleven years. “I wanted to do something worthwhile in the community and as a qualified marine engineer it seemed a natural choice. I feel privileged and valued as I know that I’m going to help somebody who is probably having a challenging day.” 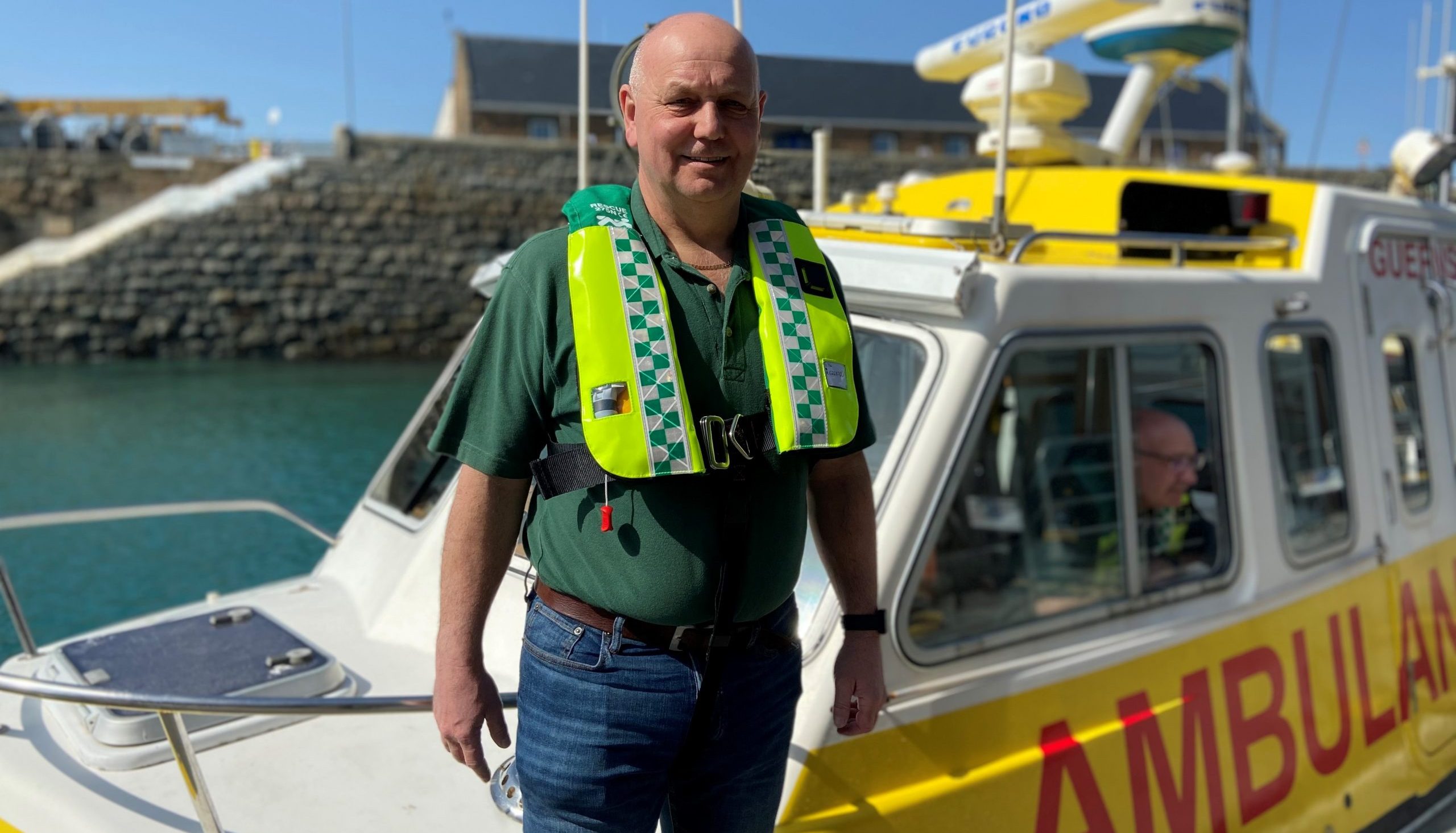 Fellow volunteer Andy Lowe, who works on the Guernsey pilot boats and has been a volunteer since the early 90’s added “You can experience a range of emotions with different missions, we have a baby born on board which was wondferful, but I remember one emotional trip when we repatriated a Jerseyman that had died in a diving accident in Alderney. We had a flotilla of boats follow us in from Corbiere and the family were stood on the breakwater end to watch him arrive.” 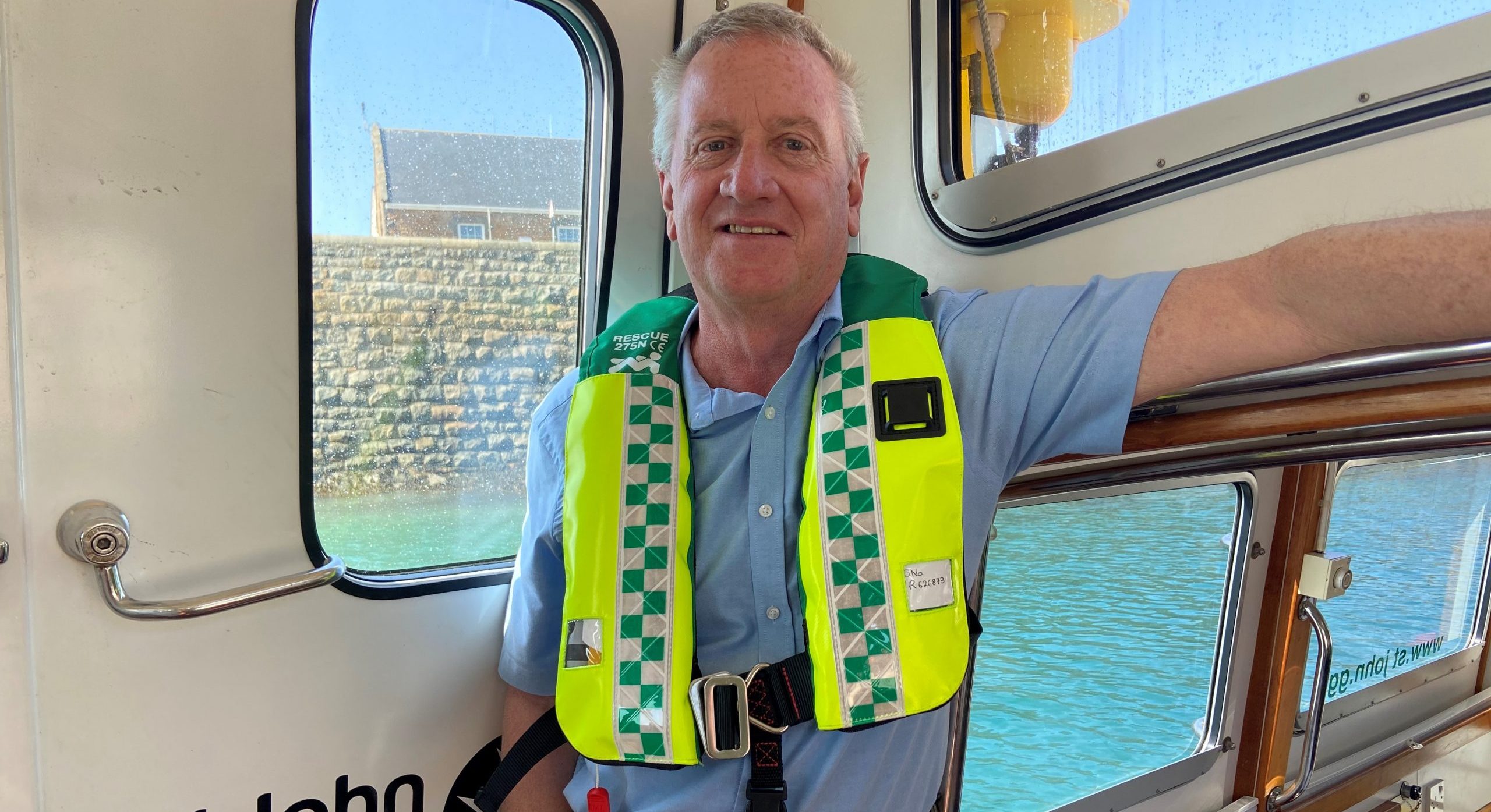 “The fact that you play a small part in making someone’s life easier when they need help is incredibly rewarding. We work as part of a great team and full credit must go to the professional paramedics and ambulance crews that we carry.”

Every time the Flying Christine is deployed it carries a paramedic from the Emergency Ambulance Service, like Steve Torode who has been both an engineer and clinician onboard. Steve is always happy to go out on the launch and has even been deployed consecutively on Christmas Day and Boxing Day a few years ago.

“When I first joined the ambulance service as maintenance man part of my job was to clean the Flying Christine. I really enjoyed being on it so the natural next step was to become an engineer, then as I worked on the boat more and more, I became interested in the medical side, so it’s really the Flying Christine that is responsible for me becoming an emergency medical technician and then a paramedic.” 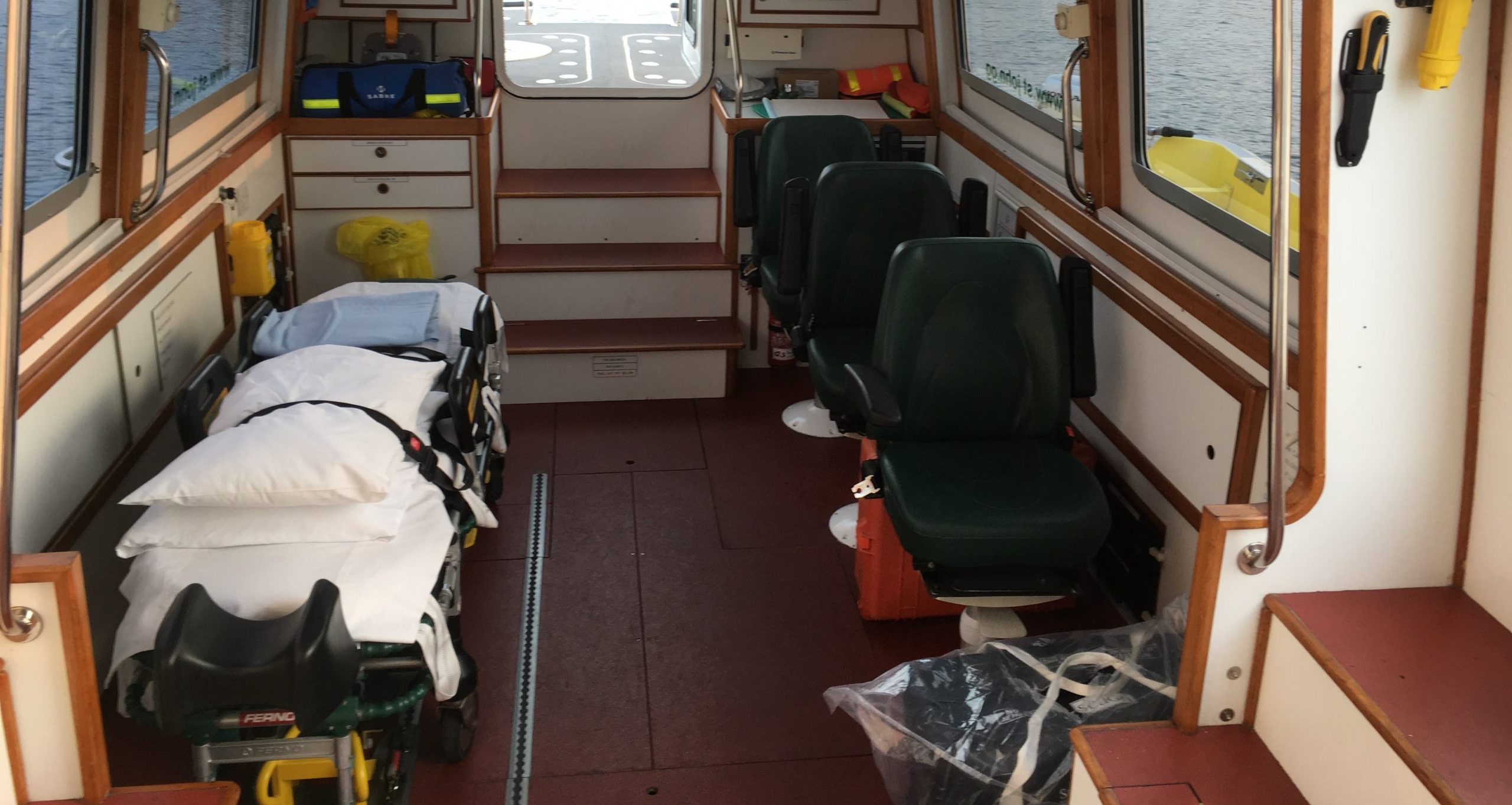 “The Flying Christine was specially designed for the job, so as a paramedic it feels like working on an ambulance, which means that I can concentrate on the patient and know exactly where everything is on the boat. For the smaller islands that don’t have their own doctor and the fact that Sark it’s only a 45 minute trip away means that they’re not as cut off as they could be and once a patient is onboard they can be receiving the paramedic treatment they need, with a continuity of care from doctor to ambulance boat and road ambulance and hospital.”

St John relies heavily on donations and fundraising for the work of the Flying Christine and supplement the charges that are made for the service. In recent years the marine ambulance has received support from the owner of Jethou, Moonpig and the Masons.

The number of calls for the Flying Christine can fluctuate, but over recent years the average total has been around thirty per annum. However, in 2020 the St John marine ambulance was called for on more than forty occasions and in the first three months of 2021 she has already been deployed on thirteen missions.

To support the Flying Christine III you can donate at giving.gg or by writing St John, Rohais, St Peter Port, GY1 1YN. 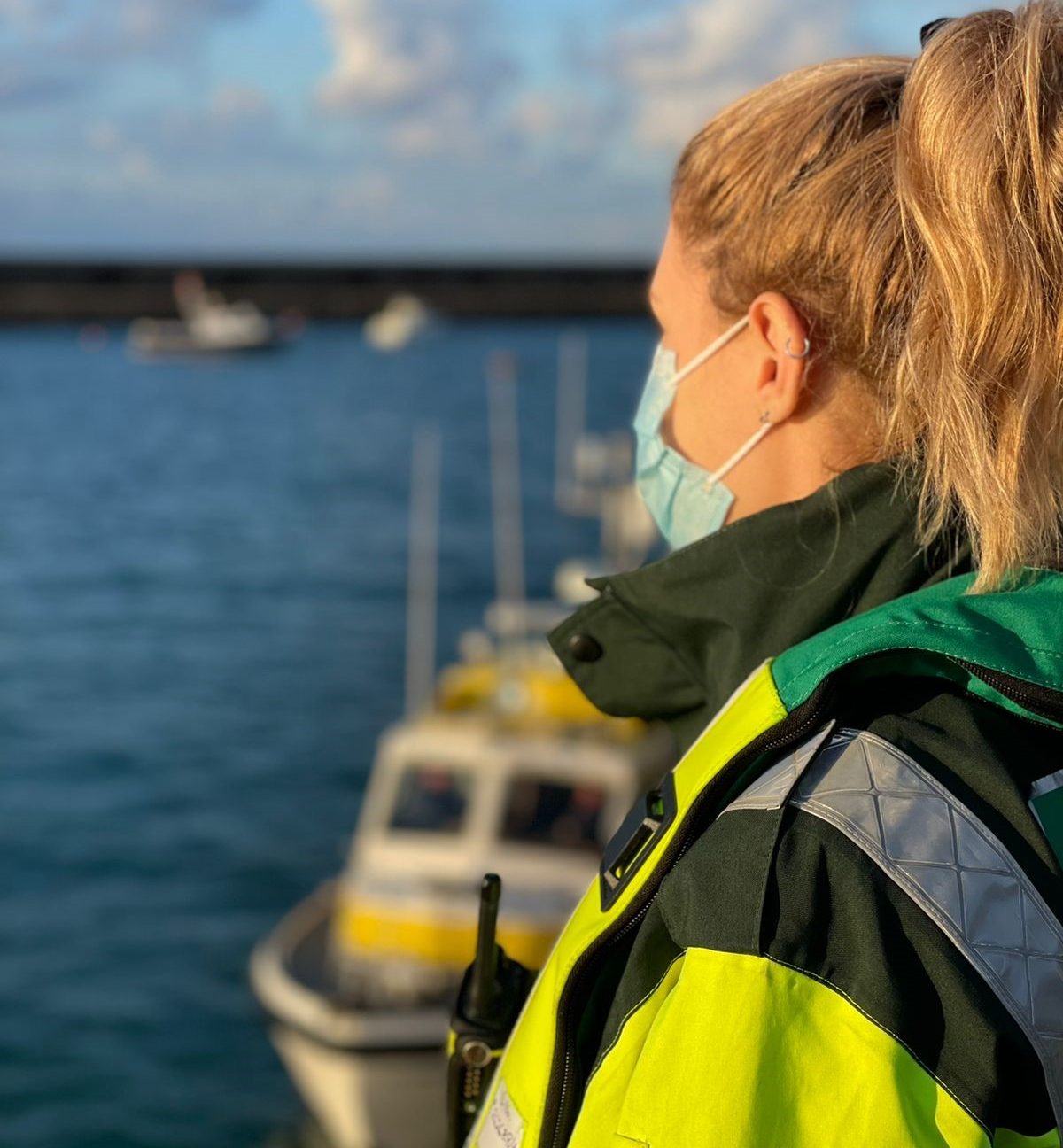