The volunteer boat crews of the Flying Christine III have been presented with specially designed traditional Guernsey jumpers which will be part of their winter uniform. 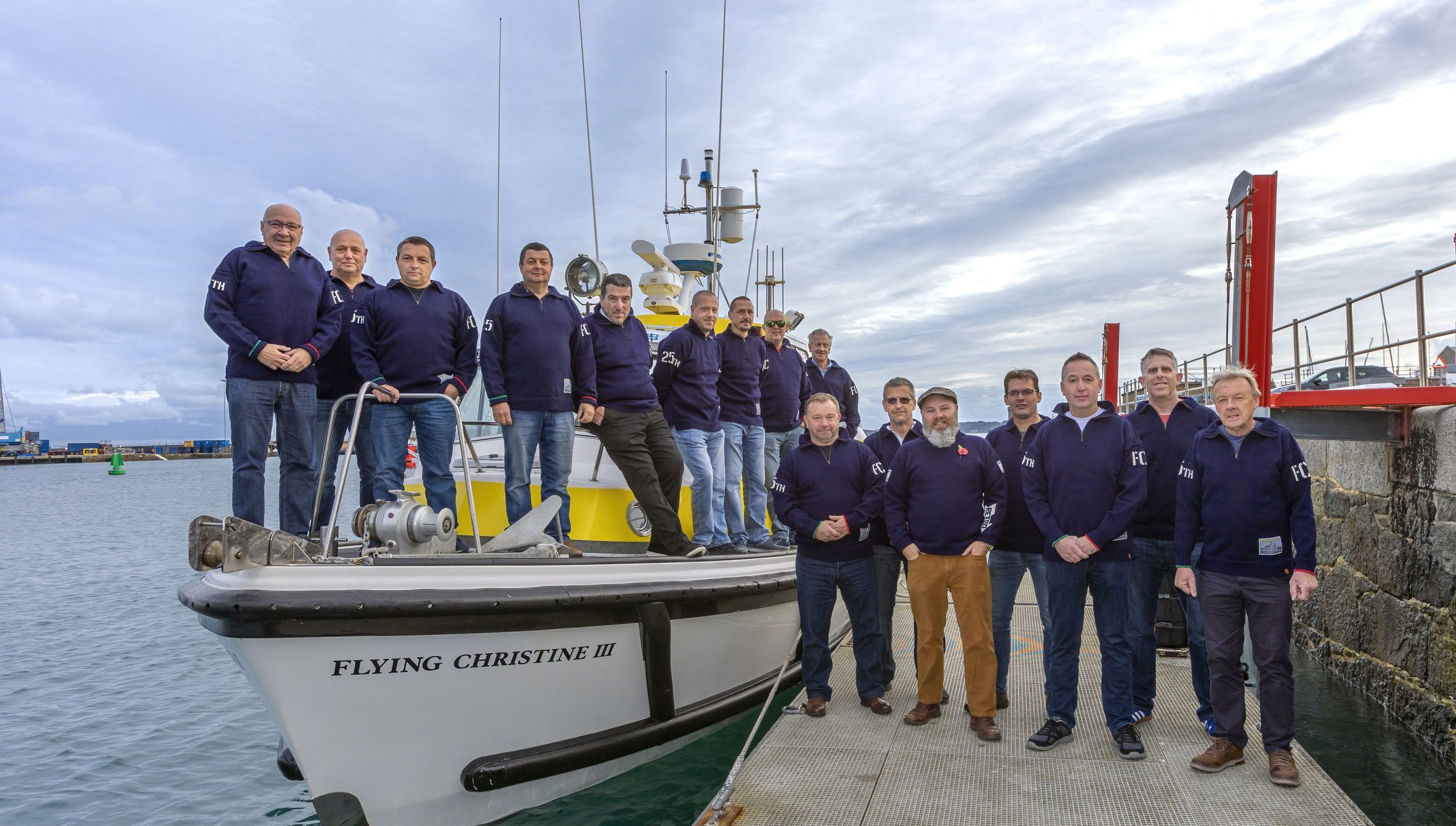 The unique ‘FCIII 25’ design was produced by local manufactures Guernsey Woollens to mark the 25th anniversary of the Flying Christine III.

The St John marine ambulance is crewed by a team of expert volunteers from the local maritime community who serve as coxswains, navigators and engineers and work alongside full-time paramedics and medical teams from the Emergency Ambulance Service.

Chief Ambulance Officer Mark Mapp said: “The marine ambulance volunteers give freely of their time to crew the Flying Christine III, often leaving their workplace or families at a moments notice, both day and night, in all weathers, to help provide this lifeline service. The Emergency Ambulance Service relies on their commitment and maritime experience to help us deliver pre-hospital paramedicine to Herm, Sark and Alderney. I know their dedication is also hugely appreciated by the communities of the other islands of the Bailiwick. It is very fitting that the crews will be able to wear these traditional and authentic Guernsey jumpers, which have a long history of being worn by sailors, fishermen, explorers and Royalty. Not only are they warm, practical and hard-wearing they are also very distinctive and look great.” 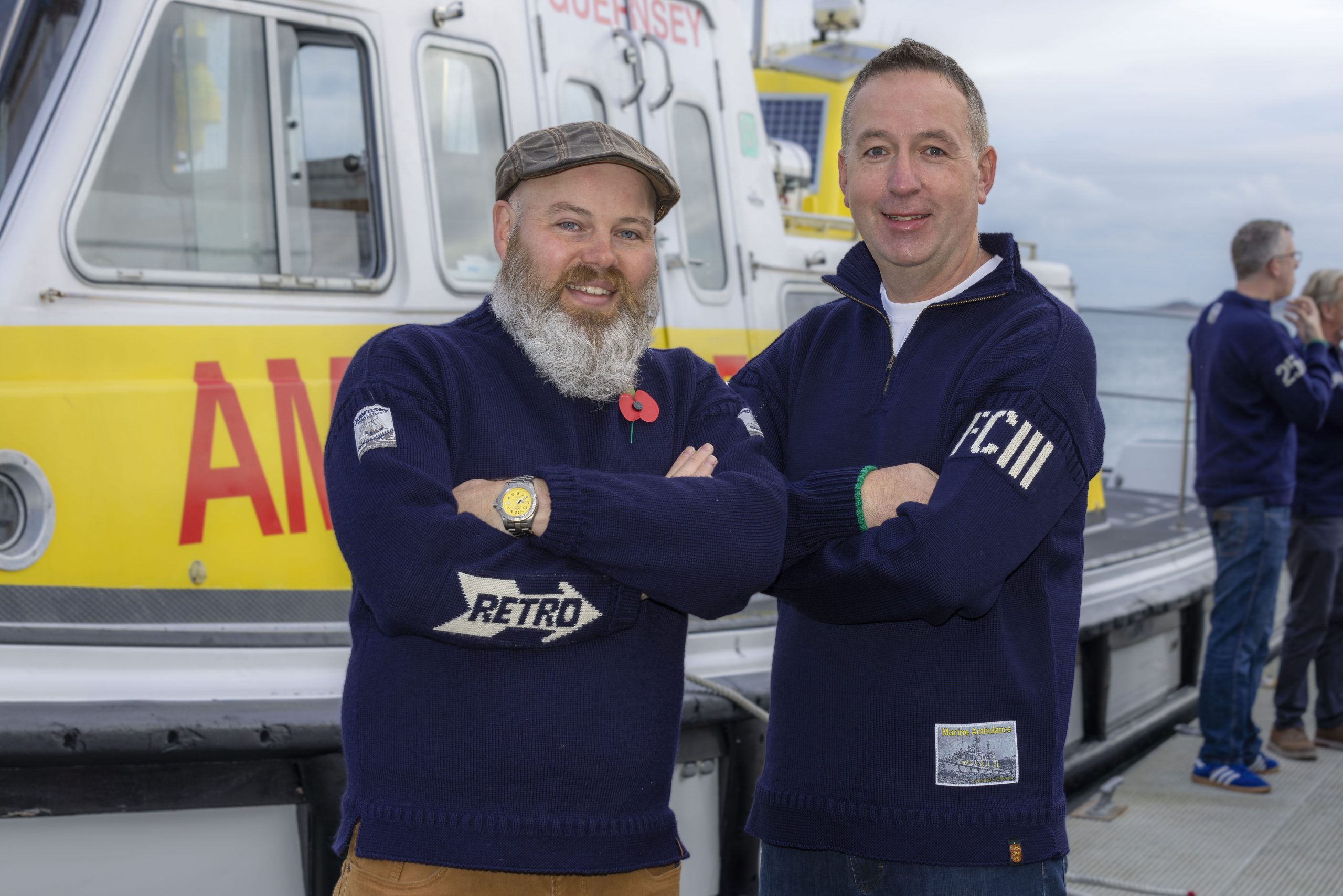 Paul Eldridge co-owner of Guernsey Woollens added: “It was great to be approached by Mark Mapp to collaborate on this project, it’s been an honour to be involved in something for these volunteers, they are a credit to the island. We are delighted with how the garment has turned out in the quarter zip neck with port and starboard sleeve tipping and the additional design features.”

Guernsey Woollens has been making high quality Guernsey knitwear locally for more than 40 years and continues to use traditional production methods as well as modern equipment. Guernsey knitwear’s history began with stockings, favoured by Queen Elizabeth I, Lord Nelson and Sir Walter Raleigh, before progressing to the guernsey. The guernsey has found fame in the 21st century, with garments made by Guernsey Woollens popular around the world and appearing in Vogue and at New York fashion shows as well as TV shows and films. 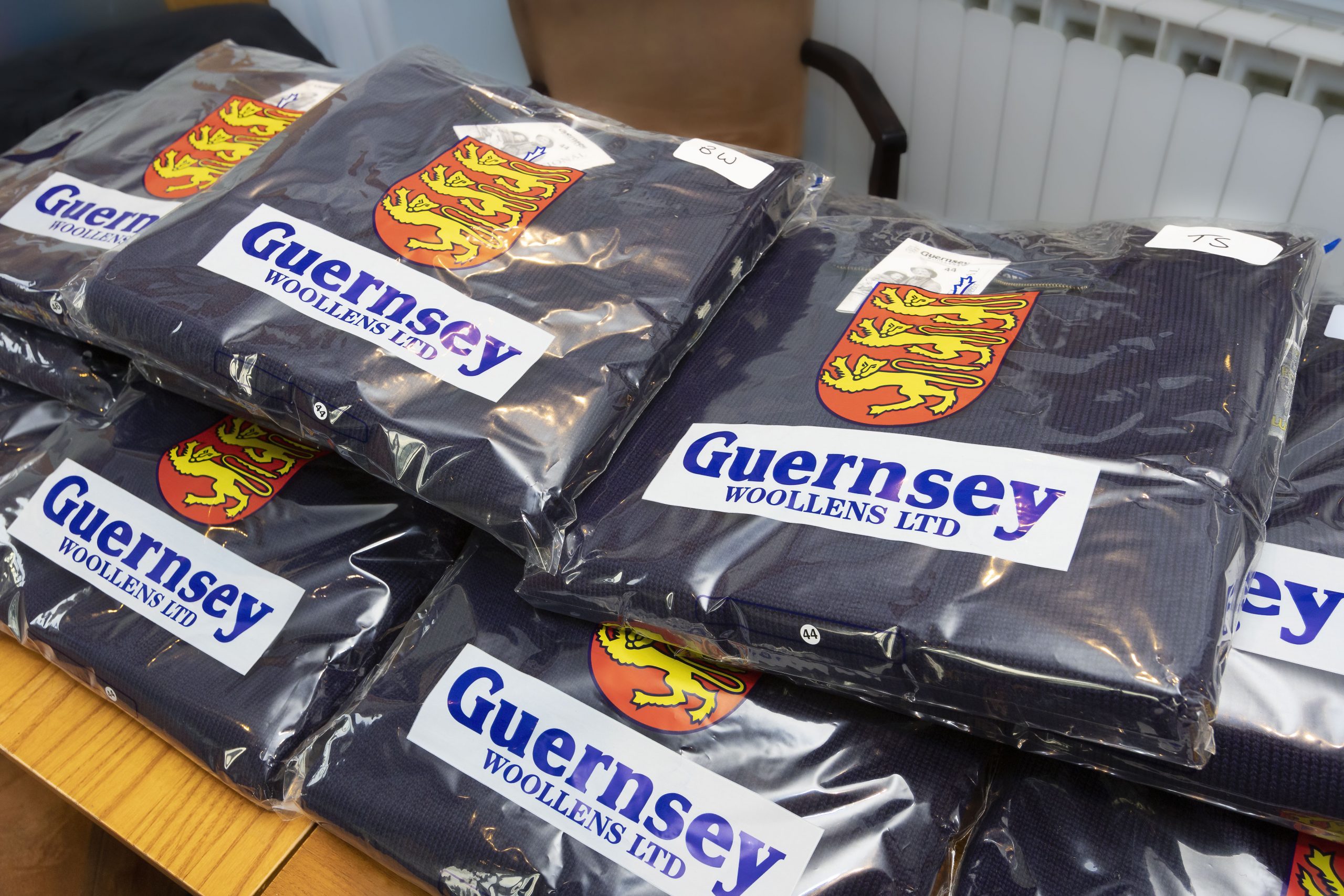 The Flying Christine III is provided by the St John Ambulance Guernsey charity through a combination of fundraising, sponsorship and donations, and is operated by the Emergency Ambulance Service. The vessel is the third generation of marine ambulance to by operated by St John. The vessel was specially designed with the wheelhouse well forward and the engines at the stern, creating a low and large stretcher cabin to increase patient comfort and provide a good working environment for clinicians. She is equipped like a road ambulance but with additional maritime and rescue kit, and is available to respond 24/7 365 days of the year.

The Flying Christine III was built by Seaward Marine and launched in November 1994 by HRH The Duke of Gloucester. The marine ambulance has been deployed on more than forty-five missions so far in 2021.

Anyone wishing to support the Flying Christine by making a donation or becoming a sponsor can email fundraising@stjohn.gg 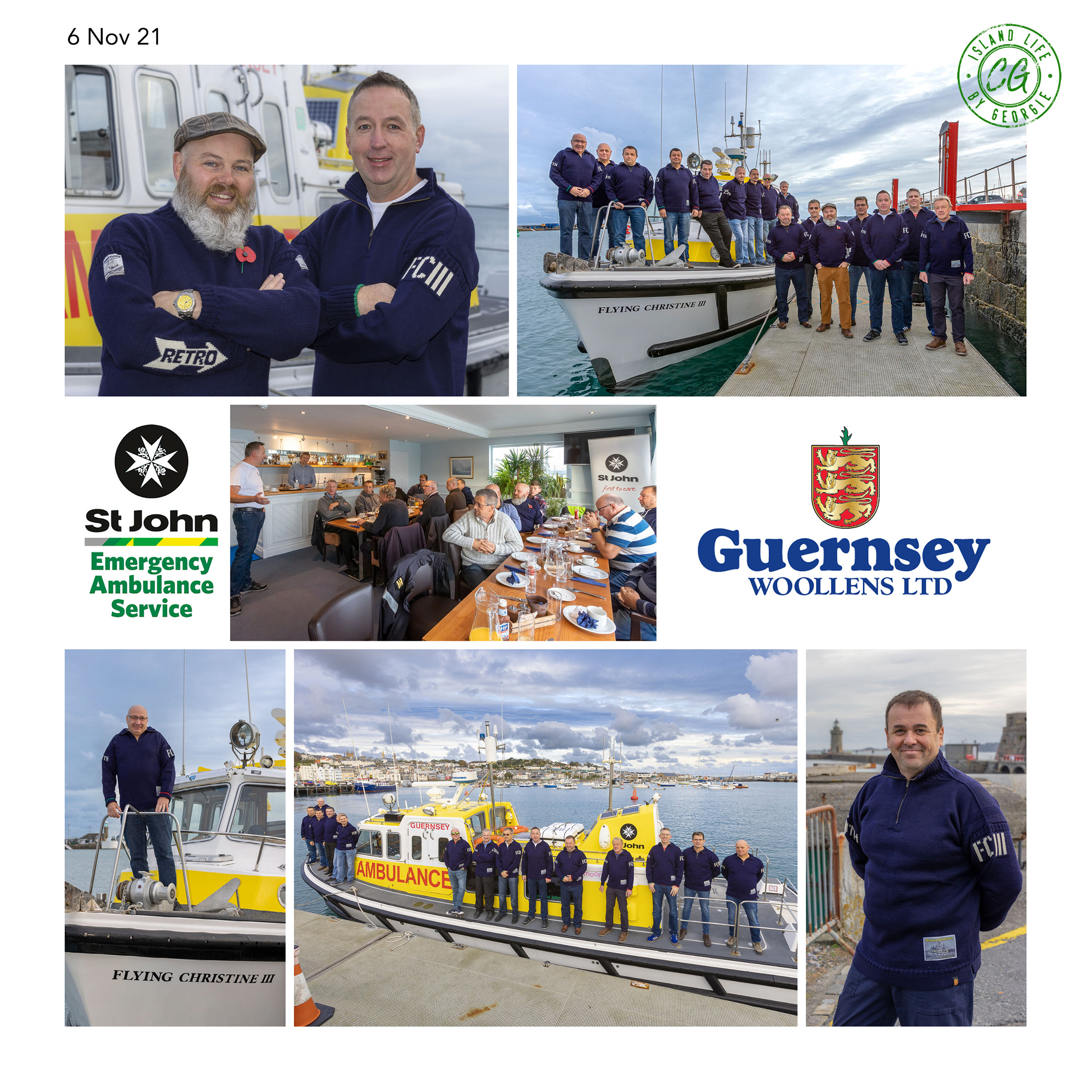