A paramedic from Guernsey’s Emergency Ambulance Service is set to be included in the  international #ProudToBeAParamedic campaign marking the first ever Paramedics Day on Friday 8th July. 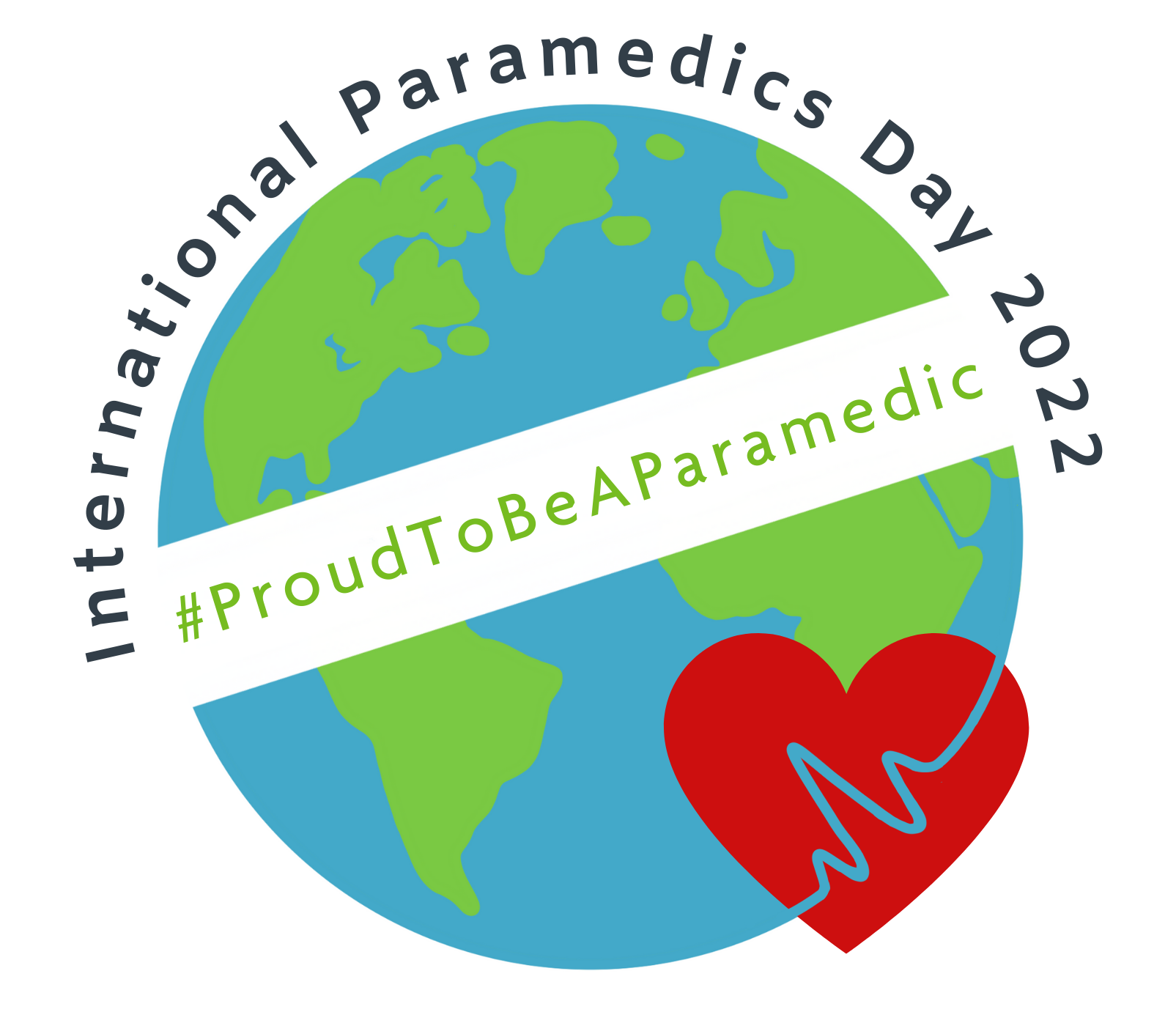 Paramedic team leader, Steve Torode features in a video which was recorded on board the St John marine ambulance. In the video he says being a paramedic is one of the most satisfying jobs he’s ever had. 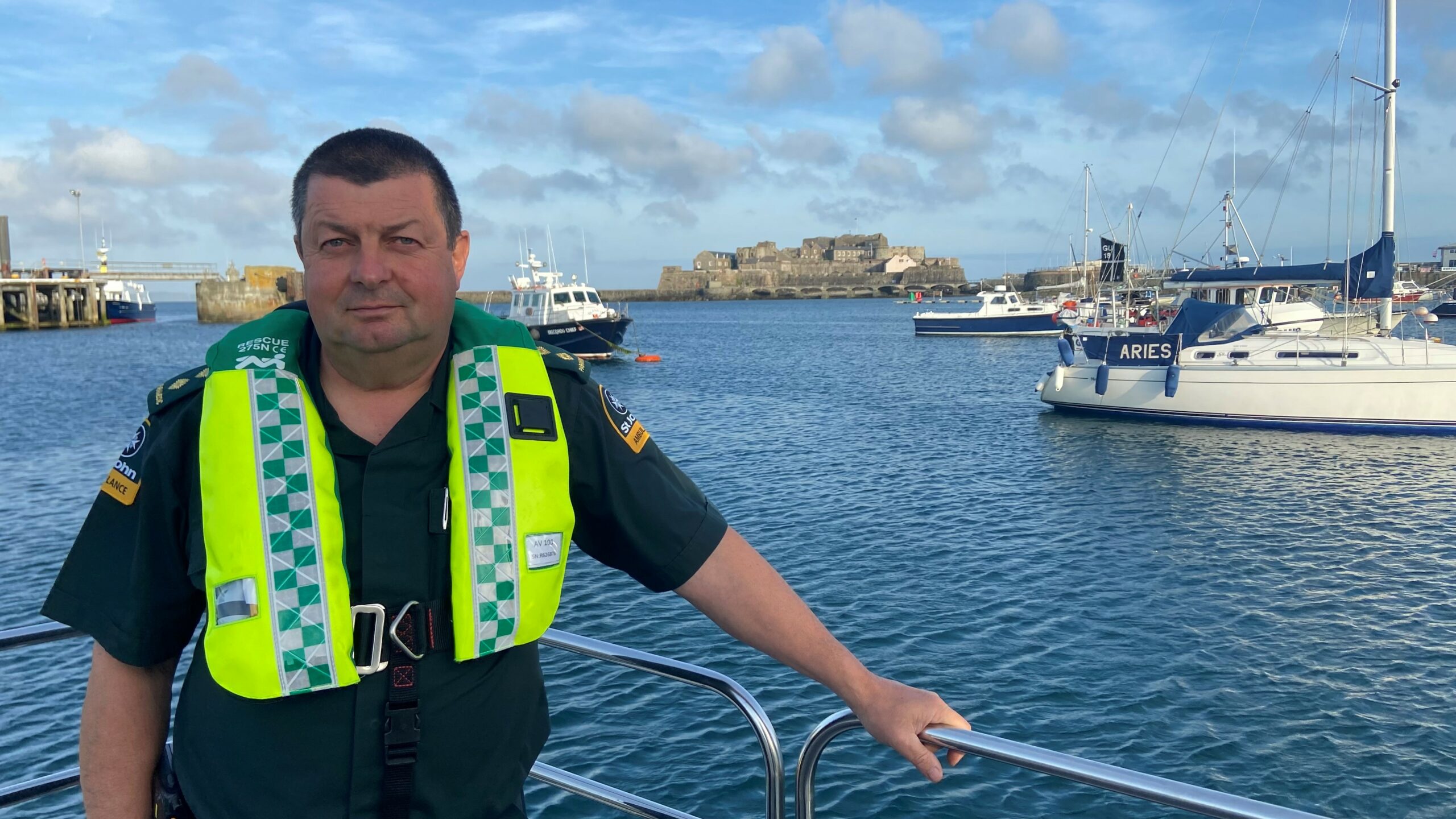 He joined the ambulance service almost twenty years ago as a maintenance man, which included being the engineer on the Flying Christine III. Steve became increasingly interested in the clinical side of the job and later trained to become an Emergency Medical Technician and then a Paramedic. He has recently completed a BSc Honours degree in paramedic science.

The St John Emergency Ambulance Service is also featuring a number of other local paramedics on its own social media pages this week. 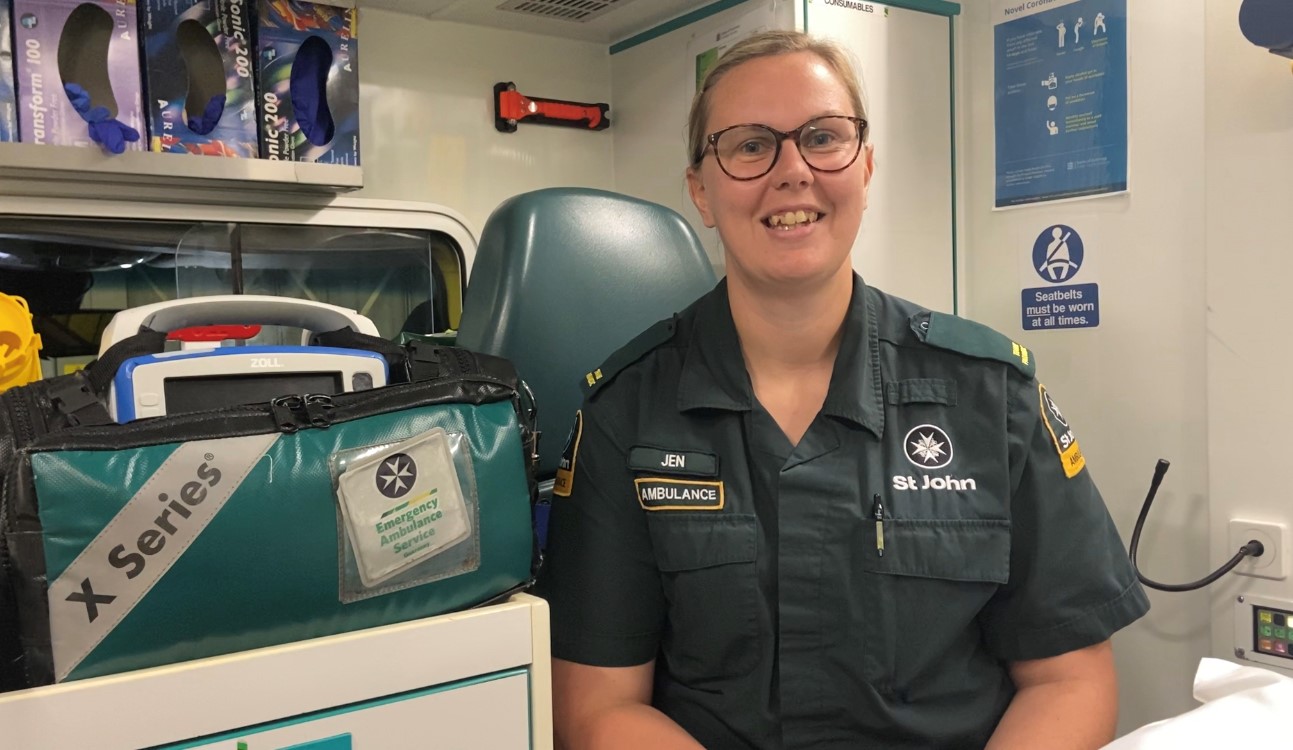 In a video which will be released on Friday, Trainee Paramedic Jen Lindfield explains how she first became interested in a career with the ambulance service after taking part in first aid competitions at school. Jen went on to enrol with St John Cadets before joining the Patient Transfer Service and then qualifying as an Emergency Medical Technician. She is currently in her first year as a Trainee Paramedic, studying with Cumbria University. 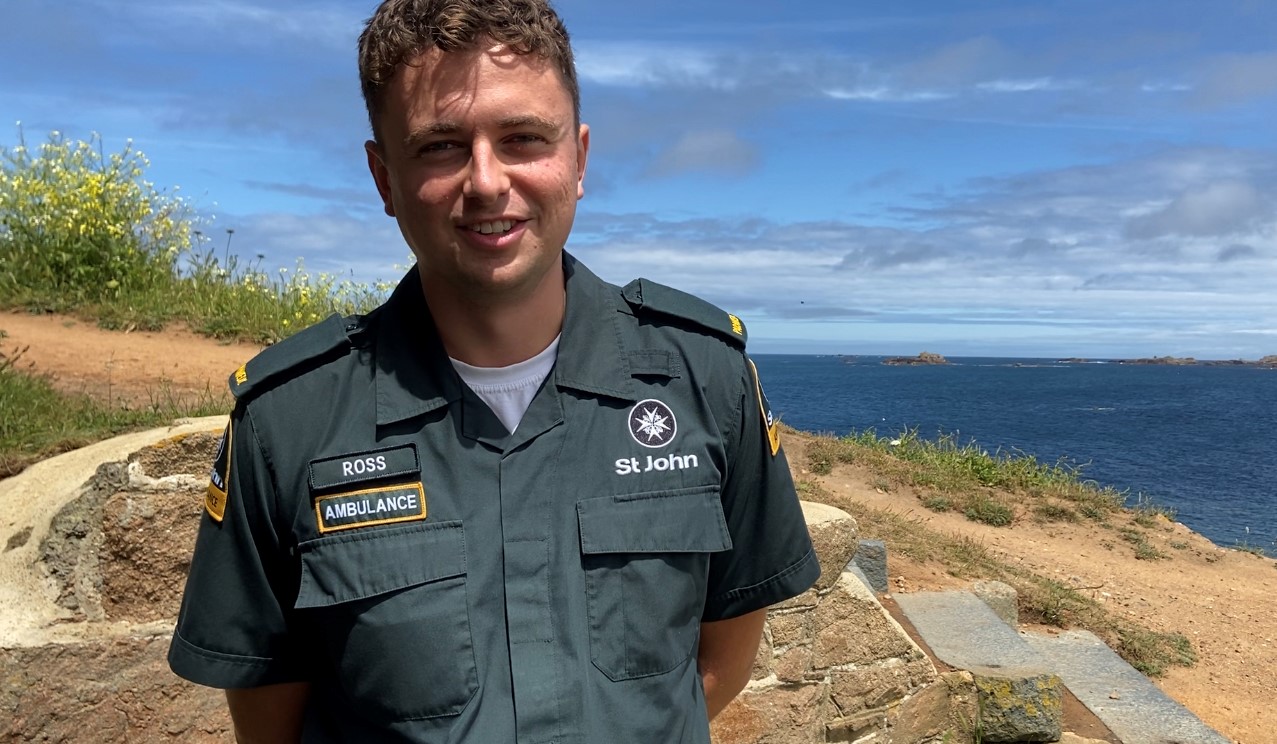 Paramedic and Quality Improvement Lead, Ross Senior also started out as a St John Cadet. He joined Guernsey’s ambulance service as an Emergency Care Assistant while completing his A-Levels, becoming the youngest member of staff in the history of the service. Ross went away to qualify as a paramedic in the UK and started working full time two years ago. Ross says he’s proud to be a paramedic because he can provide patient centred care and medical treatment to our community, when and where it is needed.

Kelly Marquis, a paramedic who is currently on a two year secondment to Health & Social Care as a Frailty Practitioner, is also set to feature in the local #ProudToBeAParamedic campaign.

International Paramedics  Day has been organised by The College of Paramedics to recognise and celebrate the work that paramedics and first responders around the world do to give their patients the best possible treatment and care and improve the outcomes for those who are injured or unwell.

International Paramedics Day will be held every year on the 8th July which marks the anniversary of the birth of Dominique-Jean Larrey, the man often referred to as the ‘father of modern-day ambulance services.’

The first ever event is dedicated to the world’s paramedics who have gone above and beyond during the Covid-19 pandemic, often at great risk to themselves and their loved ones. 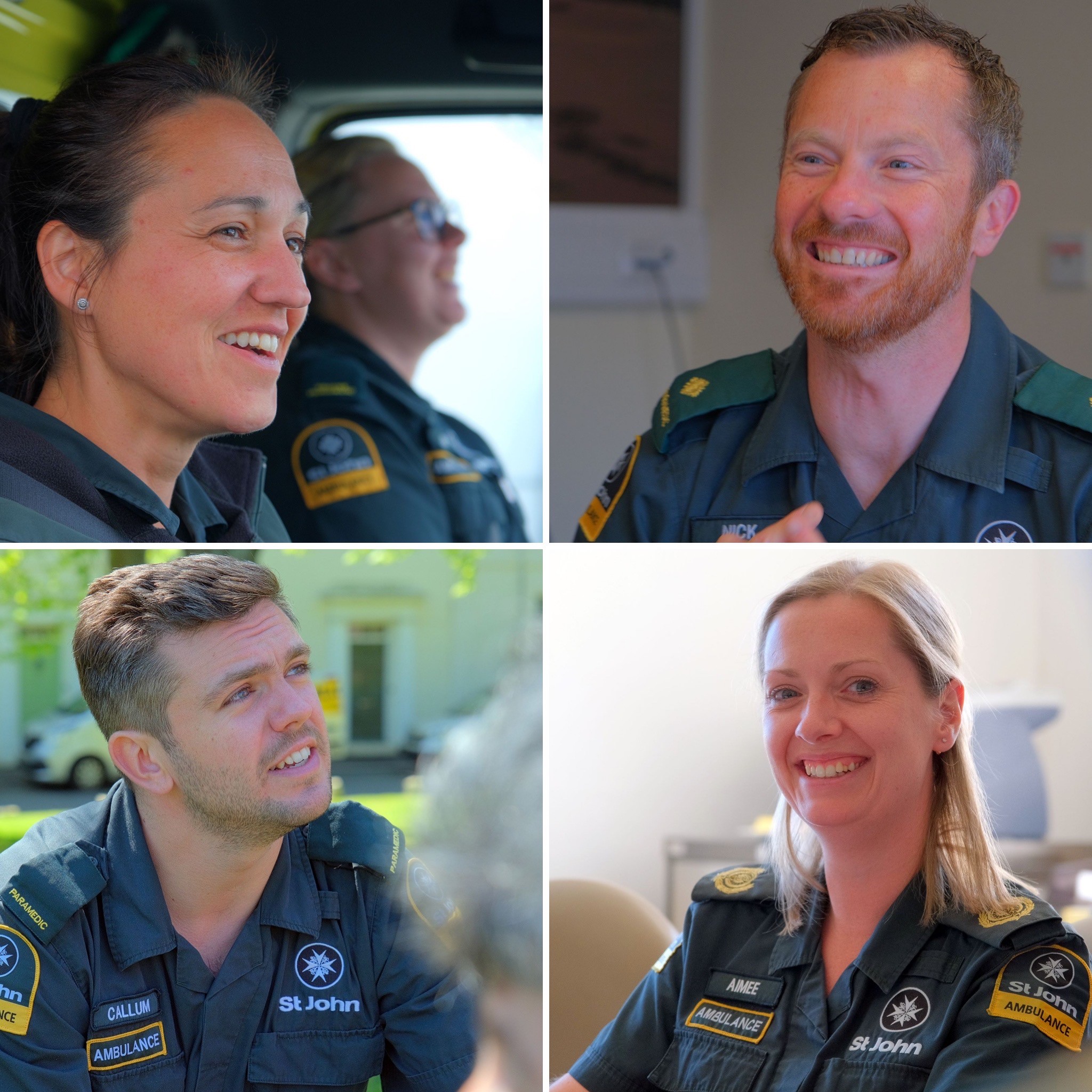 Chief Ambulance Officer Mark Mapp, who is also a practicing paramedic said: “International Paramedics Day give us an opportunity to celebrate the work of paramedics in Guernsey and around the world. I am delighted that some of our frontline team will feature in the #ProudToBeAParamedic campaign The role of a paramedic is constantly developing and has changed considerably since I first qualified. Although a lot of my work is now about leadership and operating at a strategic level, I still get a great deal of job satisfaction working in a clinical role and consider myself first and foremost a paramedic.”