Personal Trainers James and Claire knew exactly what to do when Alan Hubert suffered a cardiac arrest.

They immediately started CPR and attached a defibrillator and continued chest compressions until the ambulance arrived. 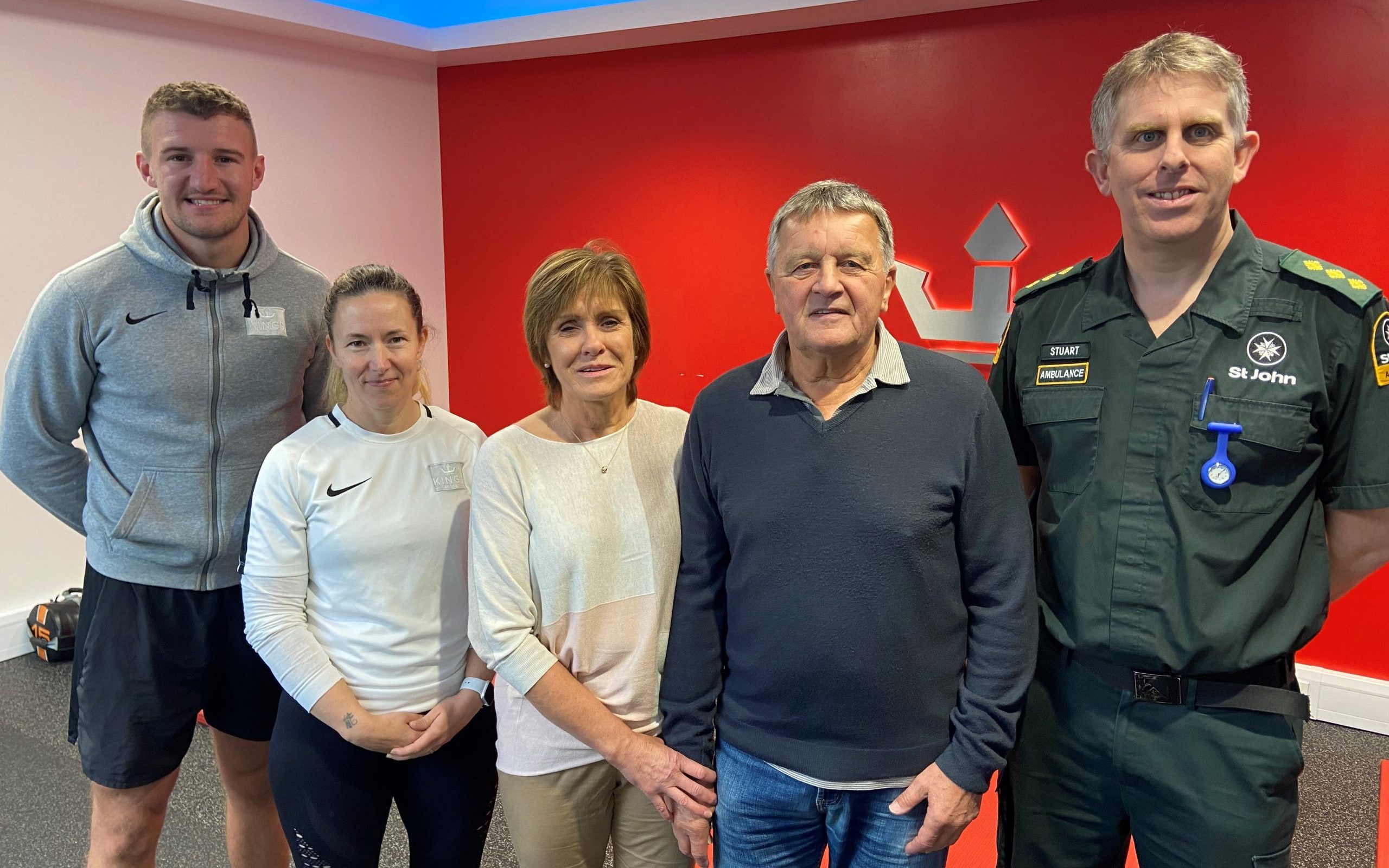 Alan collapsed while playing racquetball at Kings Health Club a few days before Christmas last year. Duty manager James Jones and fitness and wellness manager Claire Luvin were alerted to the incident by the sounding of the panic alarm and after a brief assessment promptly started performing CPR. They also delivered three shocks with the AED. The pair were joined by off-duty Intensive Care nurse Fillippos Toymazoy, who is a club member. 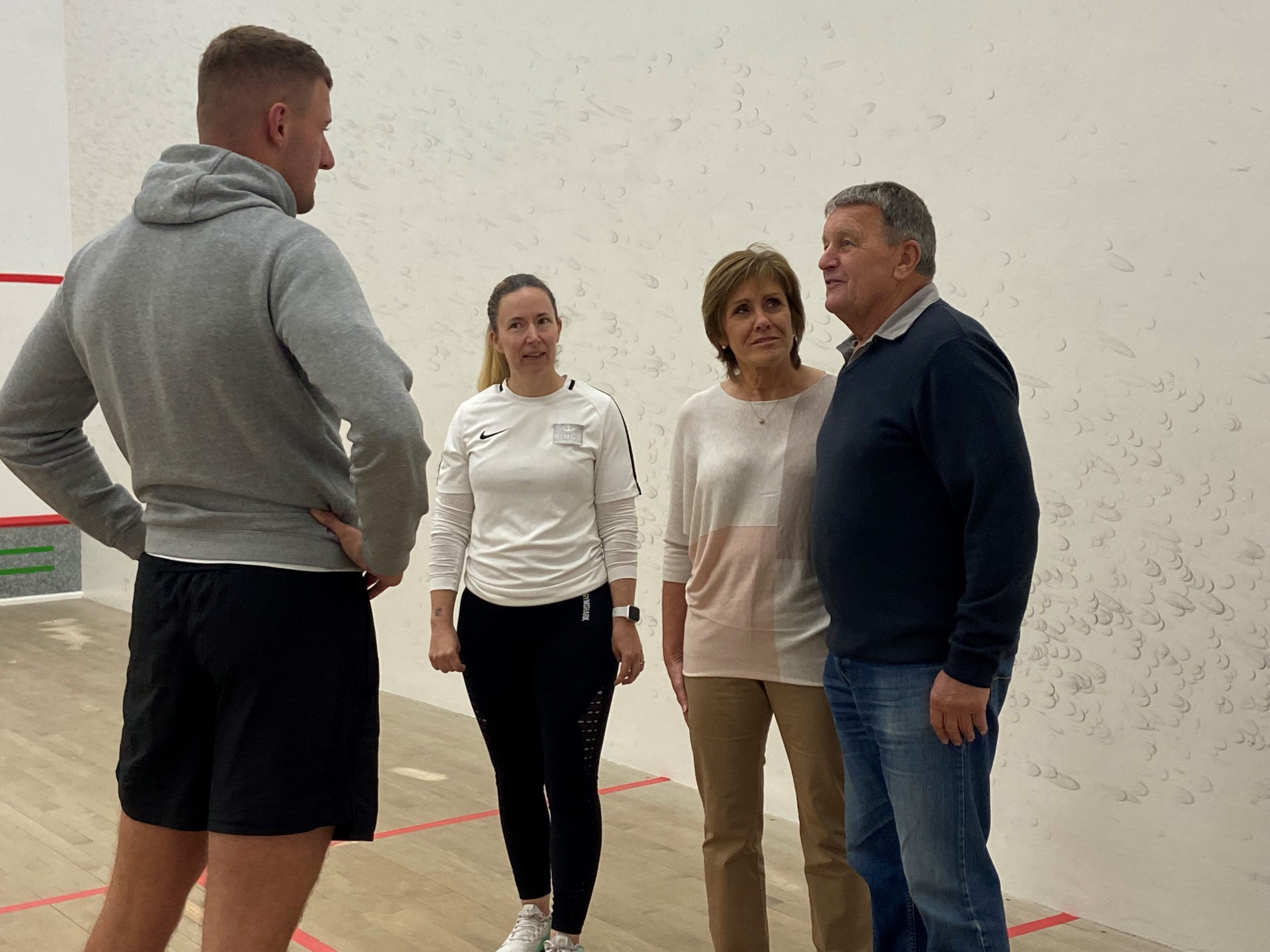 James said: “Alan was face down on the floor, when I turned him over, I instantly knew something serious was wrong. He was not acting like someone who had just fallen over, so quite fast I knew something bad was happening. We’ve had lots of first aid training but it’s not til something like this happens that you realise why you need to know what to do.”

James and Claire had just had a refresher course with Mike Froome from the Cardiac Action Group.

Claire said: “We had just our first aid training three weeks before, which was invaluable because it keeps you calm and it is a skill that everyone should know, not just in the workplace but everywhere. Saving someone’s life is one of the most valuable skills you could ever learn. It’s been delightful seeing Alan today, it is the first time I have met him since it happened so it makes me really really happy.”

The ambulance which was on its way back to the Rohais from the Emergency Department arrived within minutes and two volunteer Community First Responders who were nearby also attended along with Guernsey Fire & Rescue personnel. The paramedic led team took over treatment and started advanced life support. 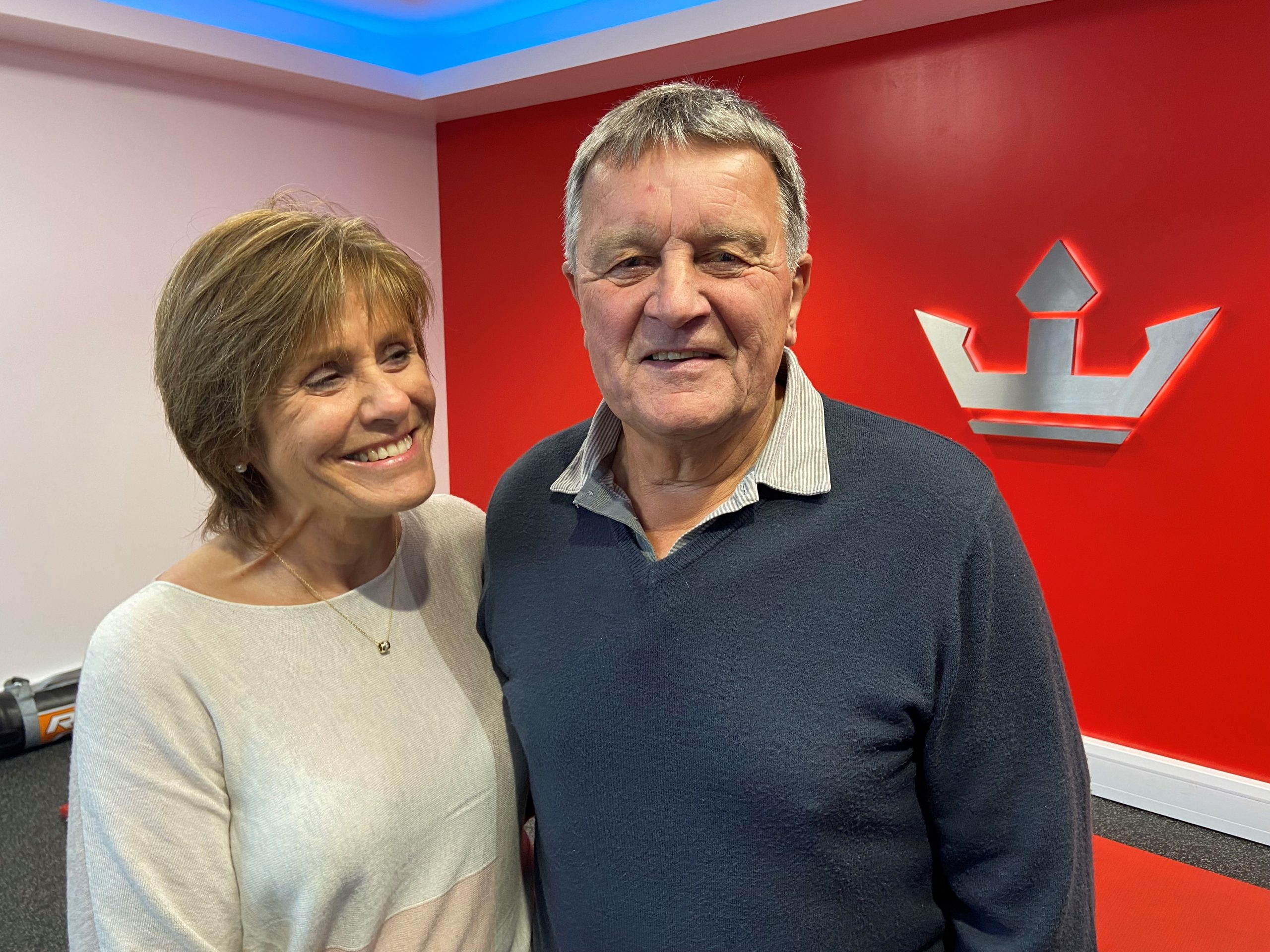 Alan has virtually no recollection of the day. “I don’t remember getting up or going to work or going to Kings, my first memories are about twelve days later in hospital,” he said. “I owe my life to James and Claire and all the others involved on the day. One of the doctors at the hospital told me that all the equipment in the hospital would have meant nothing had it not been for the treatment I got in the first few minutes.”

Alan’s partner Geraldine said: “I met the ambulance at the hospital. He was taken straight into resus and the doctors and nurses took over. I am so so grateful to everyone from the bottom of my heart, because without them I wouldn’t have Alan.

Alan was later transferred to ICU before being flown to Southampton where he underwent surgery. He is now leading a normal life and decided to share his story during Restart A Heart Week, not only to thank all those who came to his aid but also to encourage more people to learn CPR.

Operational Lead at the St John Emergency Ambulance Service Stuart Malley who was Duty Officer on the day and one of three ambulance clinicians who attended said: “This case highlights the importance of prompt and effective CPR and defibrillation. Anyone can experience a cardiac arrest at any time. Restart A Heart Week encourages everyone to learn these life-saving skills and have the confidence to intervene.”

Geraldine added: I would just encourage as many people to learn these life-saving skills, just please please go and do it.”

There is an opportunity for islanders to learn CPR and AED skills with the Cardiac Action Group and St John in Town Church Square tomorrow (Saturday) from 11am.

Sean Mills from Kings Premier Health Club said: “All of our staff have first aid training every year, some get refreshers six monthly and we have six defibrillators on site. The staff implement their training when it is needed as demonstrated in this instance, they were first class, which was great for everyone. I am really proud of them.” 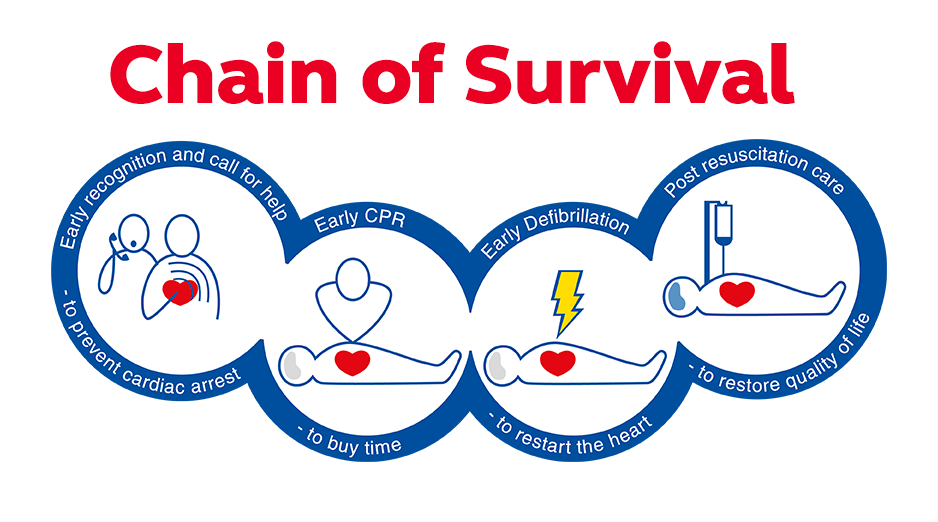