The Lieutenant-Governor of Guernsey has met staff and volunteers from the St John Ambulance Guernsey charity and the Emergency Ambulance Service on his first visit to the Rohais headquarters. 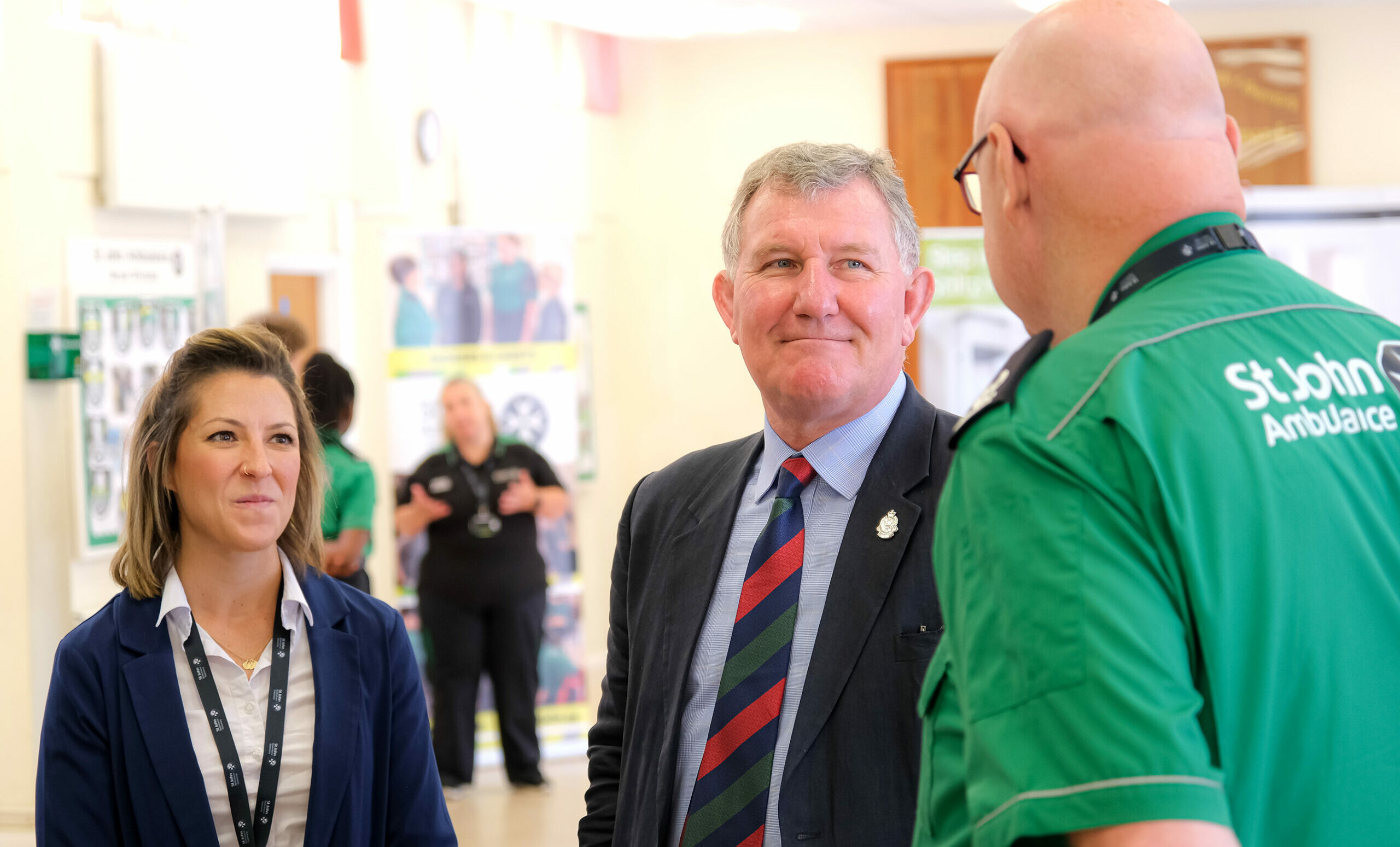 His Excellency Lieutenant General Richard Cripwell, who took up office as the Queen’s representative in Guernsey earlier this year, was greeted on his arrival by two St John Cadets and welcomed by the Knight Commander of St John Guernsey, Andrew Henton. 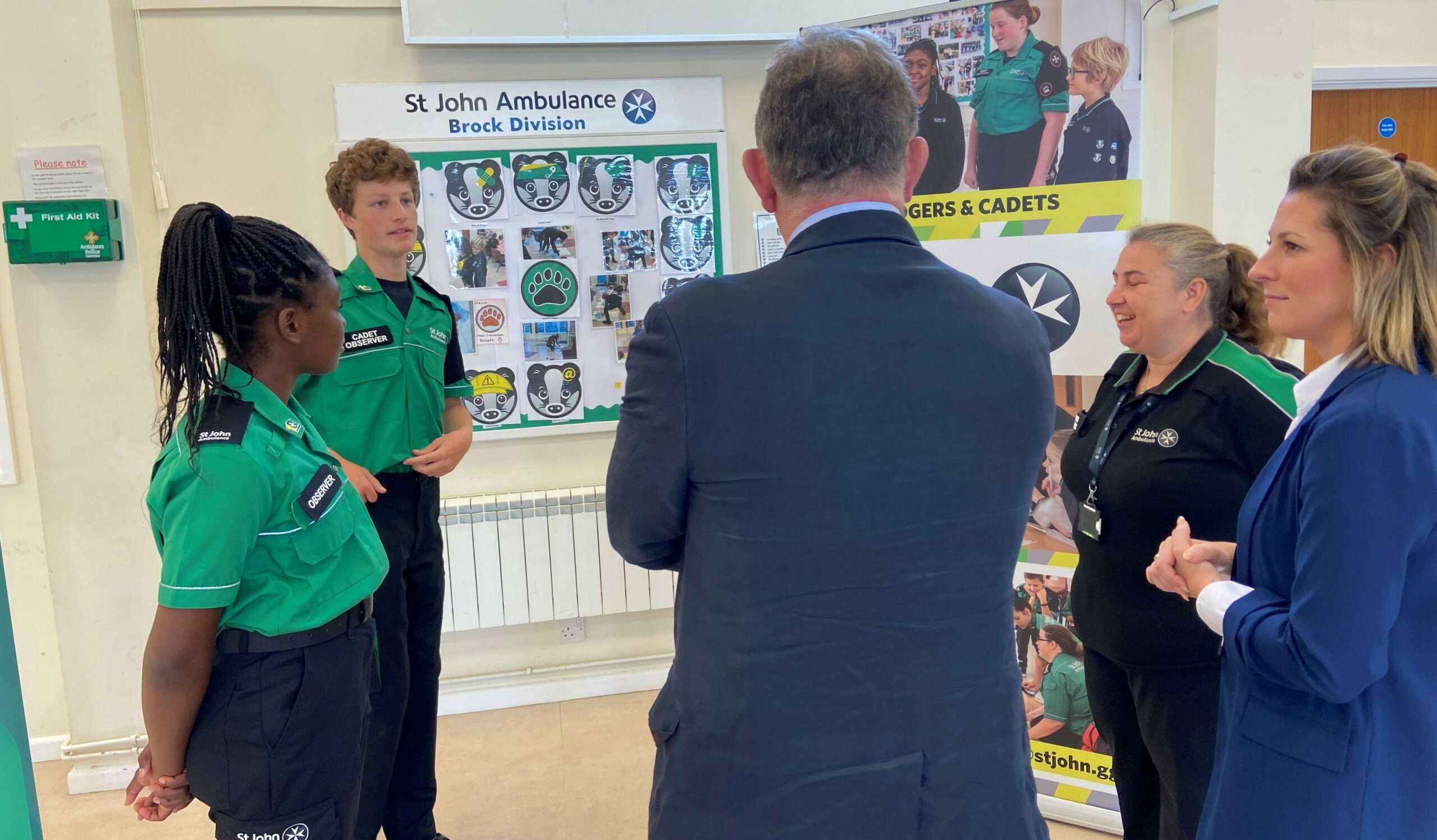 During the visit, which was led by Chief Executive Officer Heather Langlois and Chief Ambulance Officer Mark Mapp, the Lieutenant-Governor had the opportunity to see the Community Library where he met the dedicated volunteers who provide the weekly outreach service. 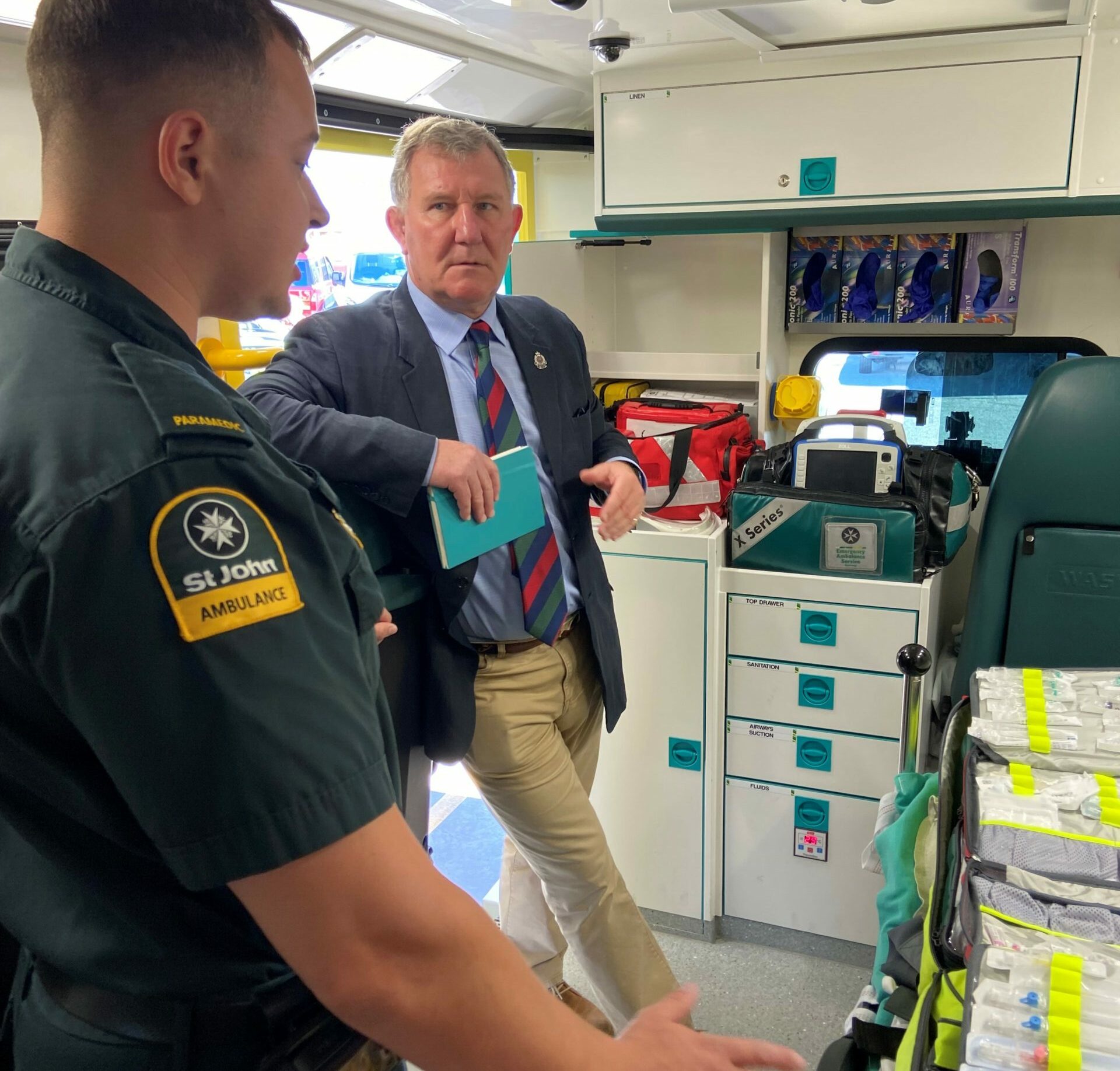 He also had a tour of the ambulance station, where he was shown the range of life saving medical equipment used by clinicians, before spending time chatting to frontline crews over a cup of coffee in the staffroom. He thanked both staff and volunteers for their work, service and contribution to the Guernsey community. 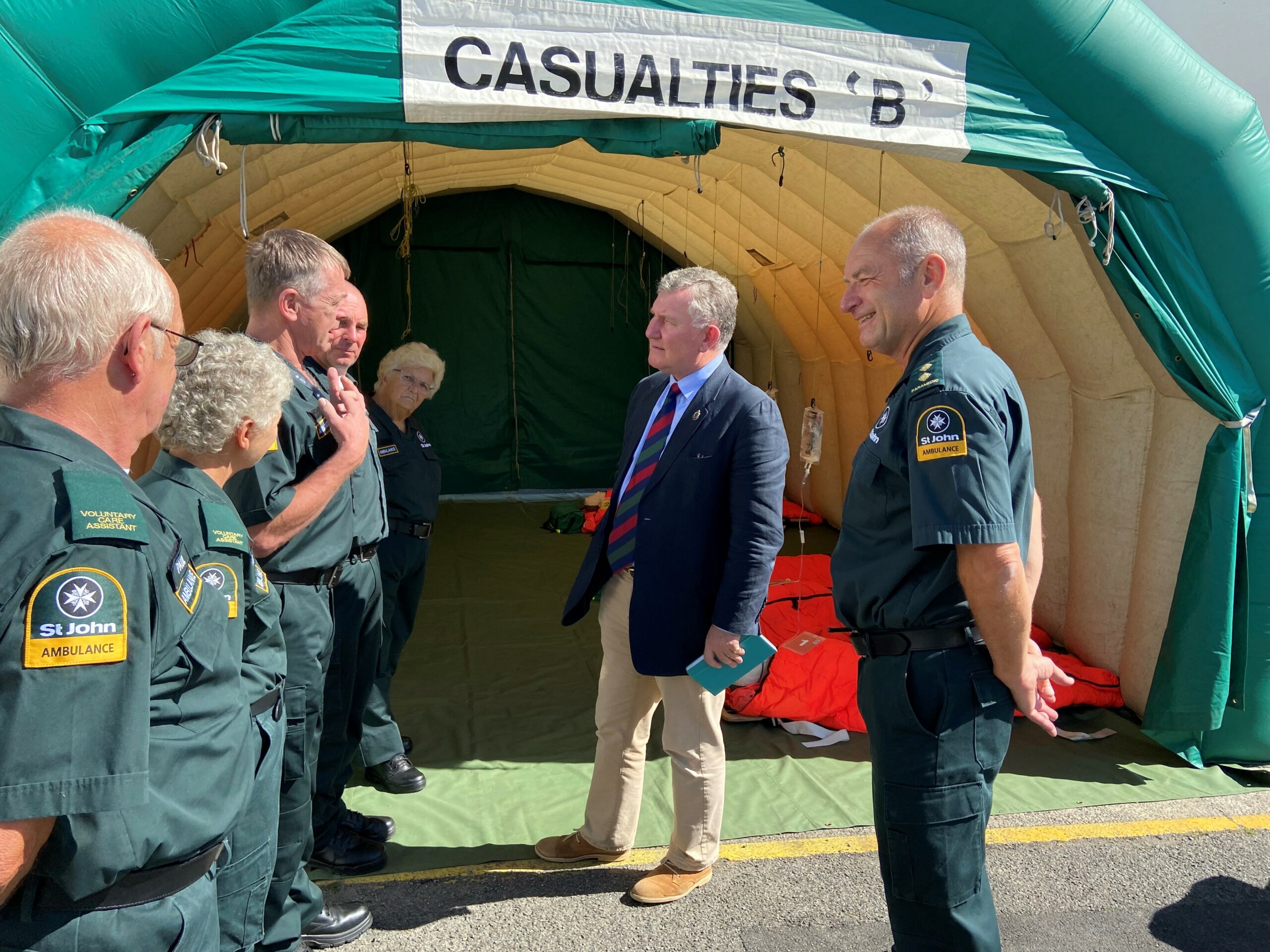 The Lieutenant-Governor also met members of the Volunteer Ambulance Reserve and saw a display of the major incident tent and facilities, as well being shown a demonstration of CPR and learning about the work of St John Training Services and St John Healthcare Shop, which provides healthcare products, mobility aids and other equipment to support independent living. Before leaving the Rohais, His Excellency also met event first aid volunteers and youth members of the St John Ambulance charity. 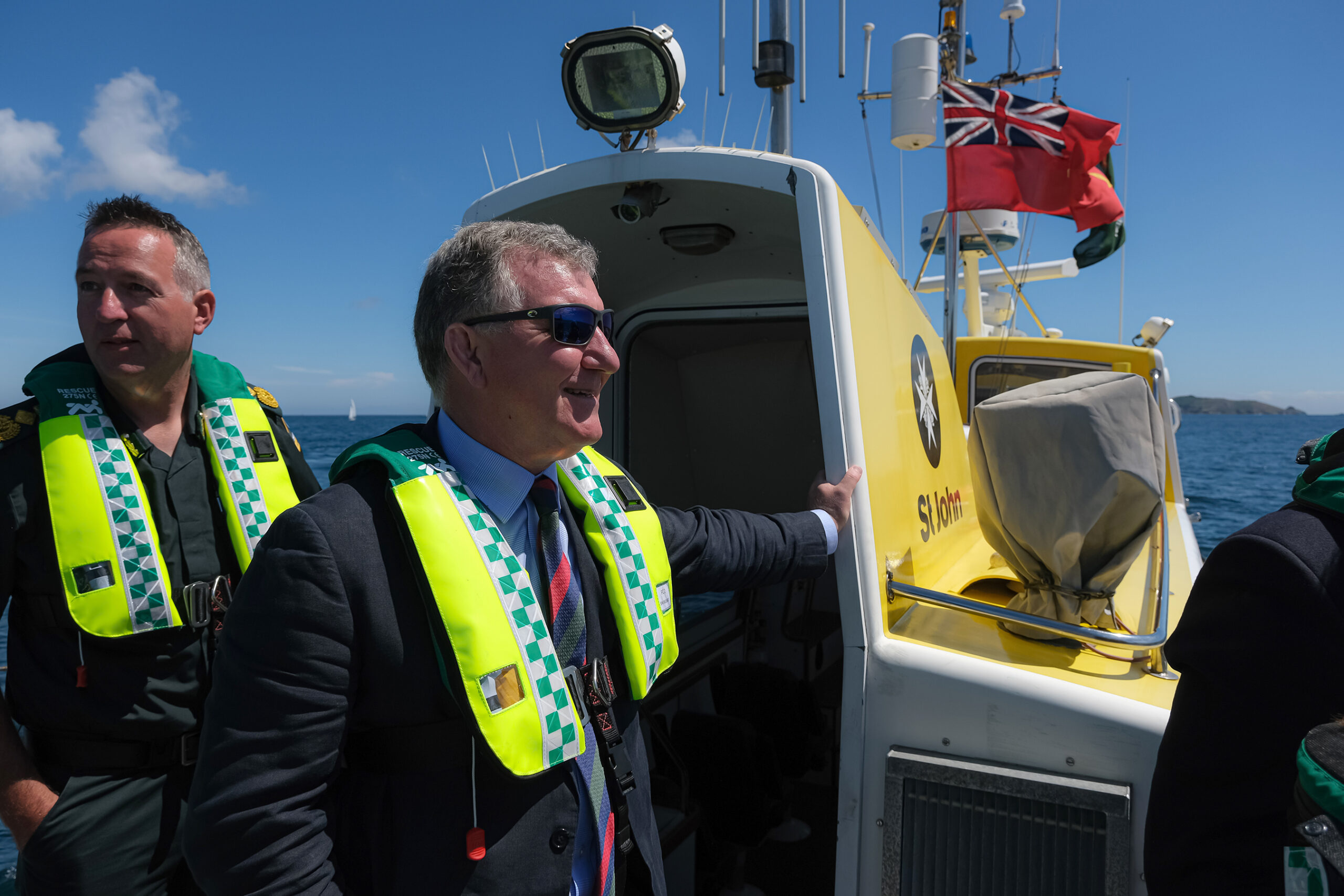 The visit concluded with a trip on the Flying Christine III marine ambulance in the Little Russell, where staff and volunteers explained the role of the lifeline service, which is provided by the charity and operated by the Emergency Ambulance Service.

Her Majesty the Queen is the Sovereign Head of St John and as the Queen’s representative in the Bailiwick of Guernsey, the Lieutenant Governor becomes the Patron of St John Guernsey. 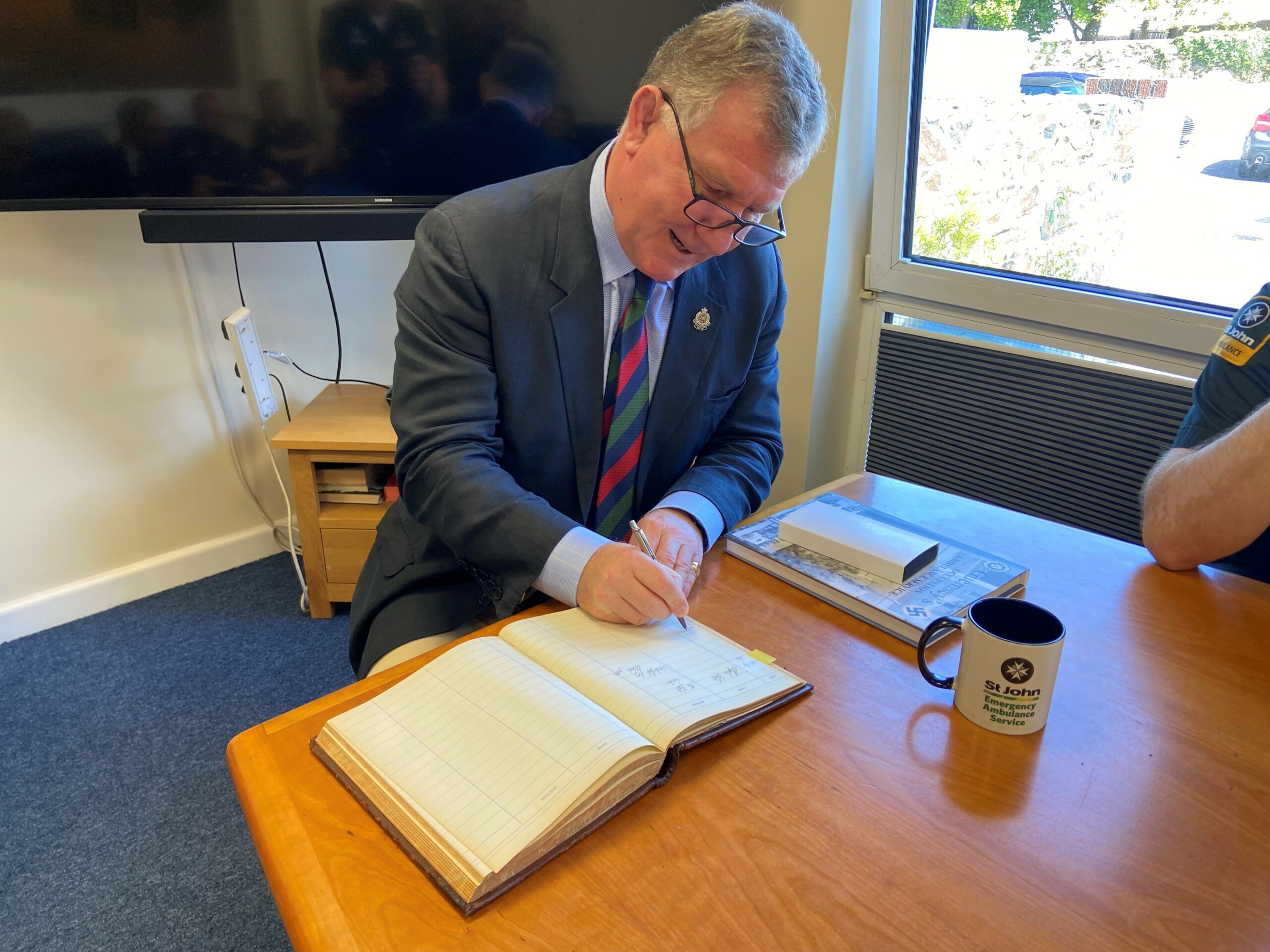