A long serving St John volunteer who “only offered to help out for a few weeks” has retired after 17 years as a Badger leader in Guernsey. 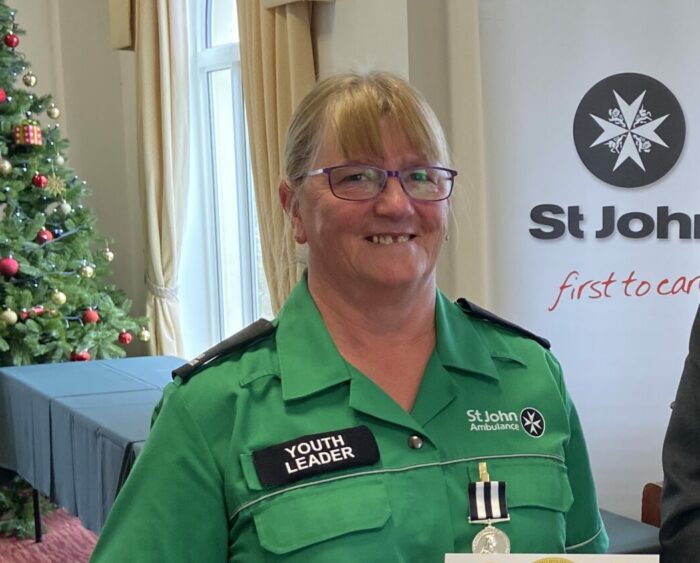 Liz Johnson first got involved in the youth sections of St John in September 2005 after her own children saw an advert for Badgers and Cadets. When Liz enquired she discovered that there was a shortage of adult helpers and that there was a waiting list which her children would have to join unless St John could recruit more youth leaders. Liz quickly volunteered to help out on a temporary basis, which not only meant her own children could start but the waiting list could also be cleared.

At her final Badger meeting Liz was presented with a card and gift from the Badgers and fellow volunteers. 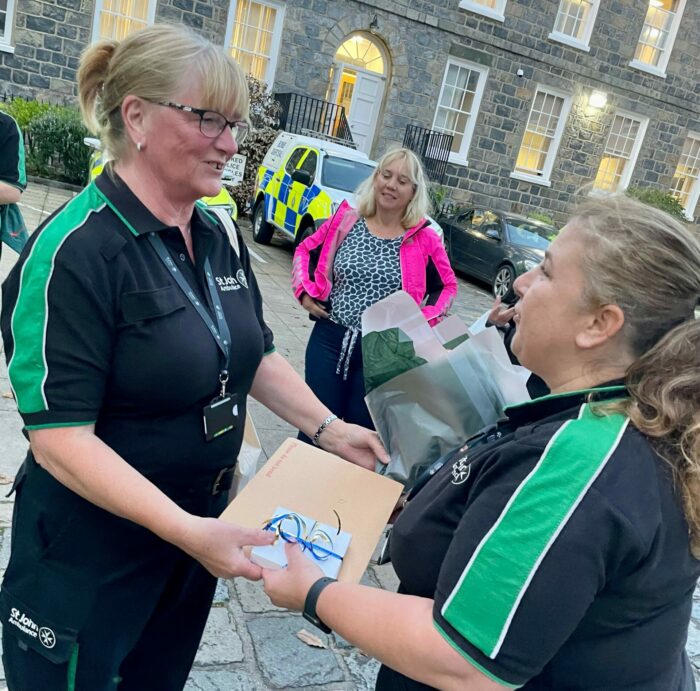 Liz said: “The thing I will miss the most is the children. It has been heart warming watching the Badgers learning and developing life skills and working up to Cadets and in some cases then moving on to full time careers with the ambulance service or in other areas of healthcare.”

Marcia Bale, St John Community Support Officer said: “Liz has dedicated so many hours to our St John Badgers over the years. She has been ever present and always full of enthusiasm, supporting our young people and helping them develop skills for life. She has had such a positive influence on many young people and she will missed by the young people and by the other leaders.”

Learning first aid with St John has also proved valuable and made a difference to people’s lives as both Liz and her children have put their skills into practice when faced with medical emergencies.

“I am proud to say my own young people have been able to use the first aid skills and knowledge they gained from St John in real life situations,” Liz added.

Although Liz has stood down from her weekly commitment as a Badger leader she has offered to help occasionally when other adult leaders are unavailable. Liz briefly came out of retirement last week to help with the Remembrance Sunday parade.

In 2021 Liz was invested as Members of the Order of St John at the ceremony at the Priory Church of St John in Clerkenwell. 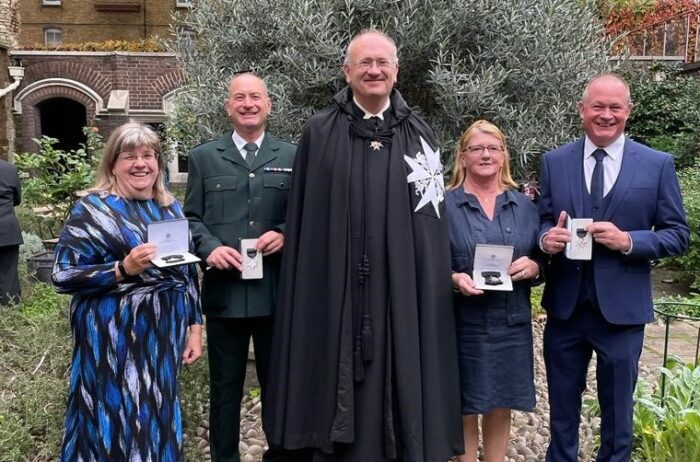