The Revd Matthew Barrett has been appointed as the new Chaplain for St John Guernsey and the Emergency Ambulance Service.

As chaplain Matthew will provide support to frontline ambulance crews, staff, volunteers and youth members. He will also be involved with key events and ceremonies in the St John calendar. 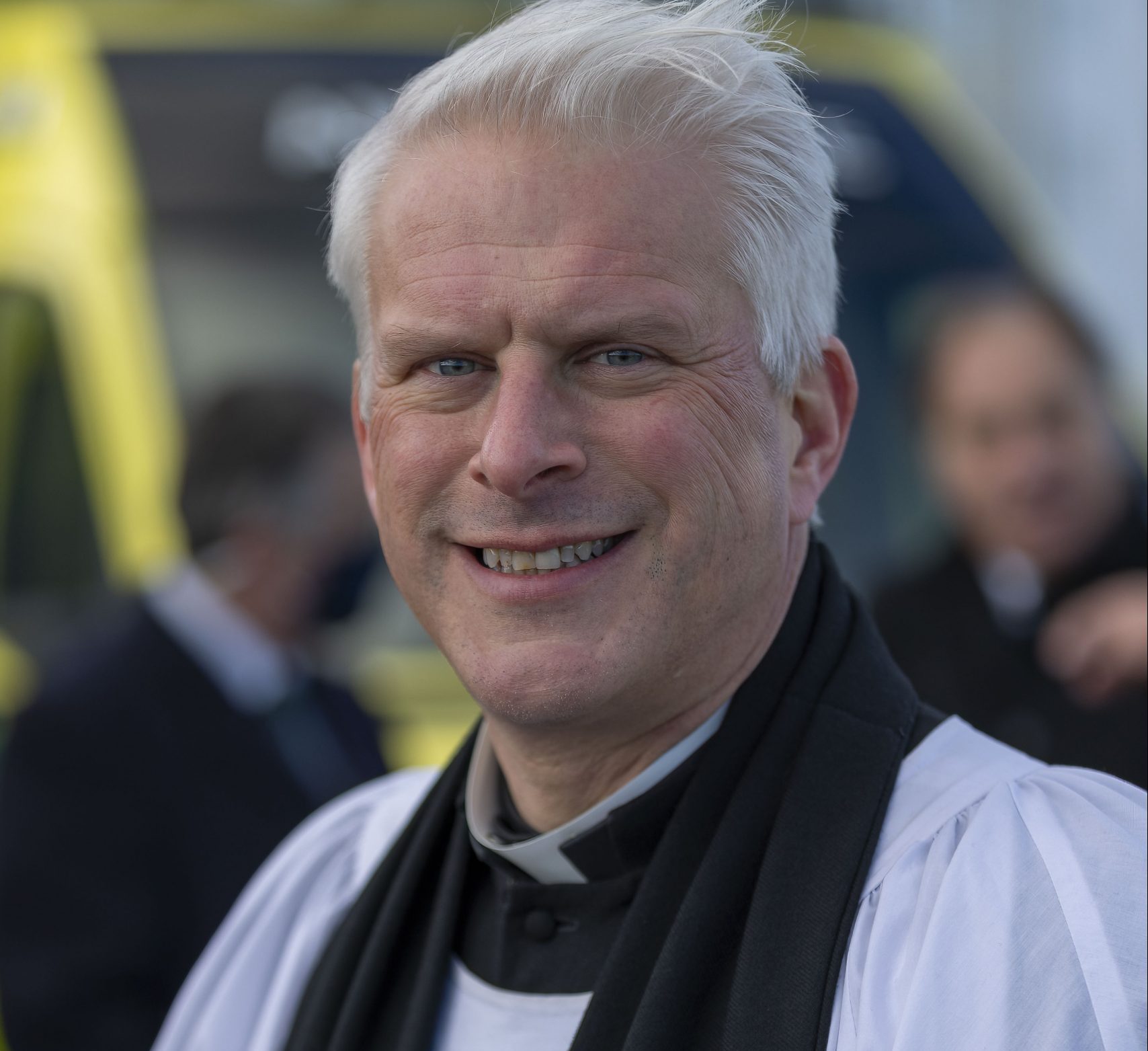 Matthew, who is the Rector of the Town Church and Vicar of St John’s Church in Les Ambelles, says he is looking forward to the new role, which he will take up alongside his existing roles: “Being a chaplain is about caring for people. Sometimes it is just about being there and being on hand to help, irrespective of faith. I love being able to get alongside people and to have the opportunity to chat without, the responsibility of having to report back to someone. Although I wear a dog collar, it is certainly not about being a holy person to religious people.”

Matthew says he is excited to be doing something outside of his normal parish ministry: “I think there will be a lot of friendly loitering going on, I’ll just be popping up and asking how things are going. As chaplain, I can be a bit distanced from the organisation, so it’s not like talking to a work colleague or a member of the family, it is often easier to talk to someone on the outside. So, I hope anybody in the whole of the St John organisation will feel able to talk to me about whatever it is they want to, if they wish to do so.”

The former hospitality manager and entrepreneur hopes his own life experience and journey into priesthood will help him in his new chaplaincy role.

Prior to training as a priest Matthew ran bars, restaurants and clubs in London and across the UK. He became a senior manager in the hospitality sector, before moving into recruitment, setting up a successful recruitment agency with his wife Sally.

His life took a significant change in direction when he was sadly forced to liquidate his company during the recession and he and his family lost nearly everything.

“It was all going well, life was brilliant and then the recession came along and we lost everything in the crash. We lost our house and faced having absolutely nothing, but having that bleak scenario turned out to be quite refreshing,” he said.

“Since my twenties I felt I had a calling and knew one day I would be vicar, but I kept pushing it away. At that age I had no life experience, so I wanted to live a bit and I certainly did that. I felt I couldn’t really get alongside people and help them, if I hadn’t experienced some issues of my own. Being faced with nothing, having that feeling of being hung over a cliff face and being shown what it was like, to be faced with literally nothing, made me think I’ve got to do what I always knew I would end up doing.”

Following the selection process Matthew moved to Oxford and studied at theological college, training alongside eighty other people in the residential community, an experience which helped him redefine his life and priorities.

Matthew moved to Guernsey in 2013 to complete his training as the curate at the Vale Church before being appointed as Rector of Town Church and Vicar of St John’s Church in 2016.

His first official duty as St John Chaplain was the blessing of two new ambulances for the Emergency Ambulance Service. 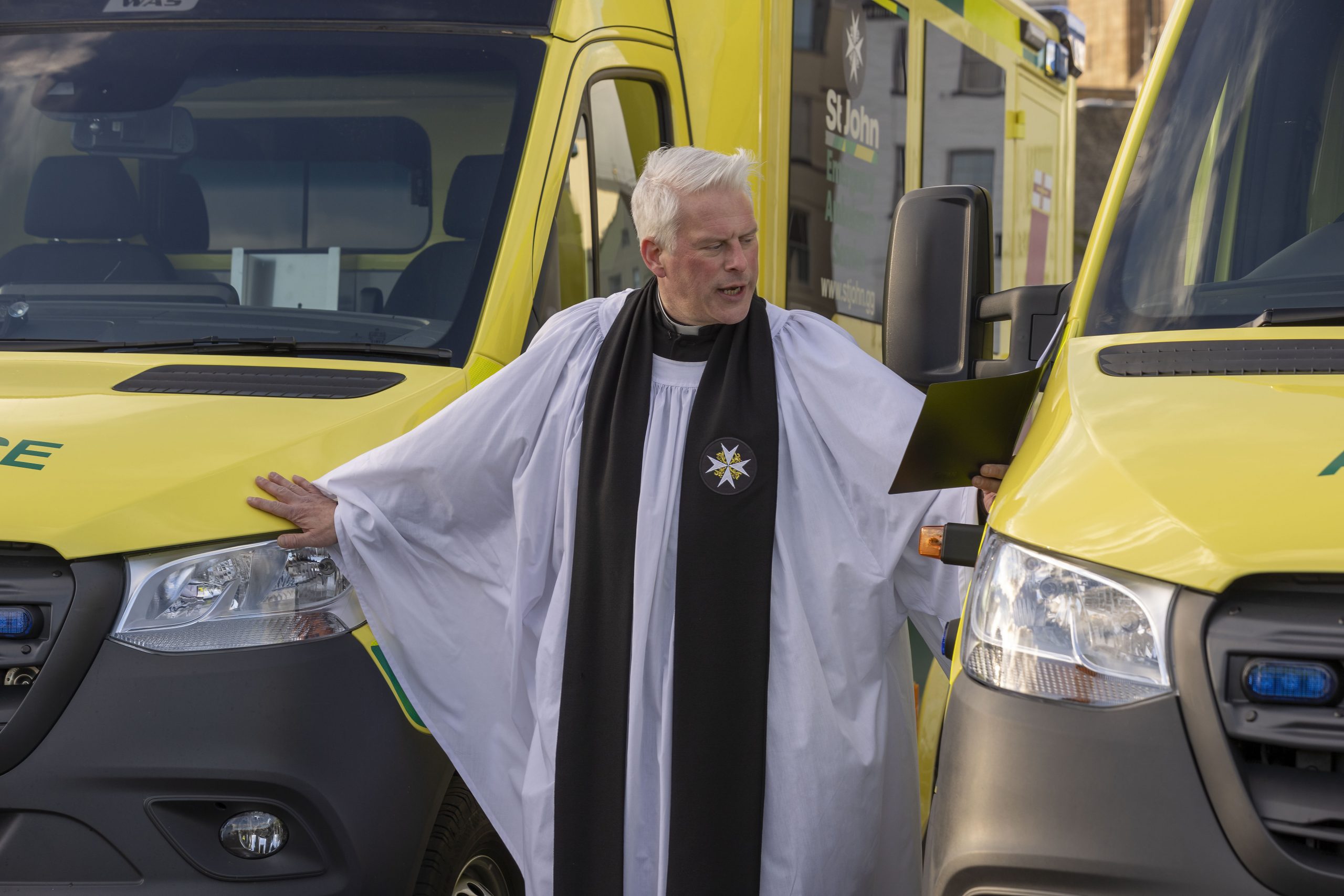 Matthew says it is a real privilege to be working with St John Guernsey: “It is great organisation, which supports our island community in so many ways, from the emergency ambulance crews to volunteers and youth. I have always been aware of the work of St John, but I have been learning a lot more about the different ways St John supports the island as well as the heritage of the Order of St John, with its roots going back to medieval times and the foundations based on helping and providing care to those who need it. From its origins through to today, St John is a caring organisation for people of all faiths and none.”