Representatives from St John have laid wreaths on the graves of sailors from HMS Charybdis and HMS Limbourne which were sunk off Guernsey in 1943.

The Royal Navy cruisers were sunk by German torpedoes during Operation Tunnel with the loss of more than 500 lives. The bodies of 21 of crew members were washed-up along the Guernsey coastline and the St John Ambulance Brigade had the challenging task of recovering the bodies from the shore.

The operation was described at the time by Reg Blanchford as “difficult and unpleasant” and in “severe weather”.

The service at the Foulon Cemetery was attended by about 500 people, including His Excellency Sir Ian Corder, Lieutenant Governor of Guernsey and the Bailiff Richard McMahon, as well as veterans of the Royal Navy, Royal Marines and other services. 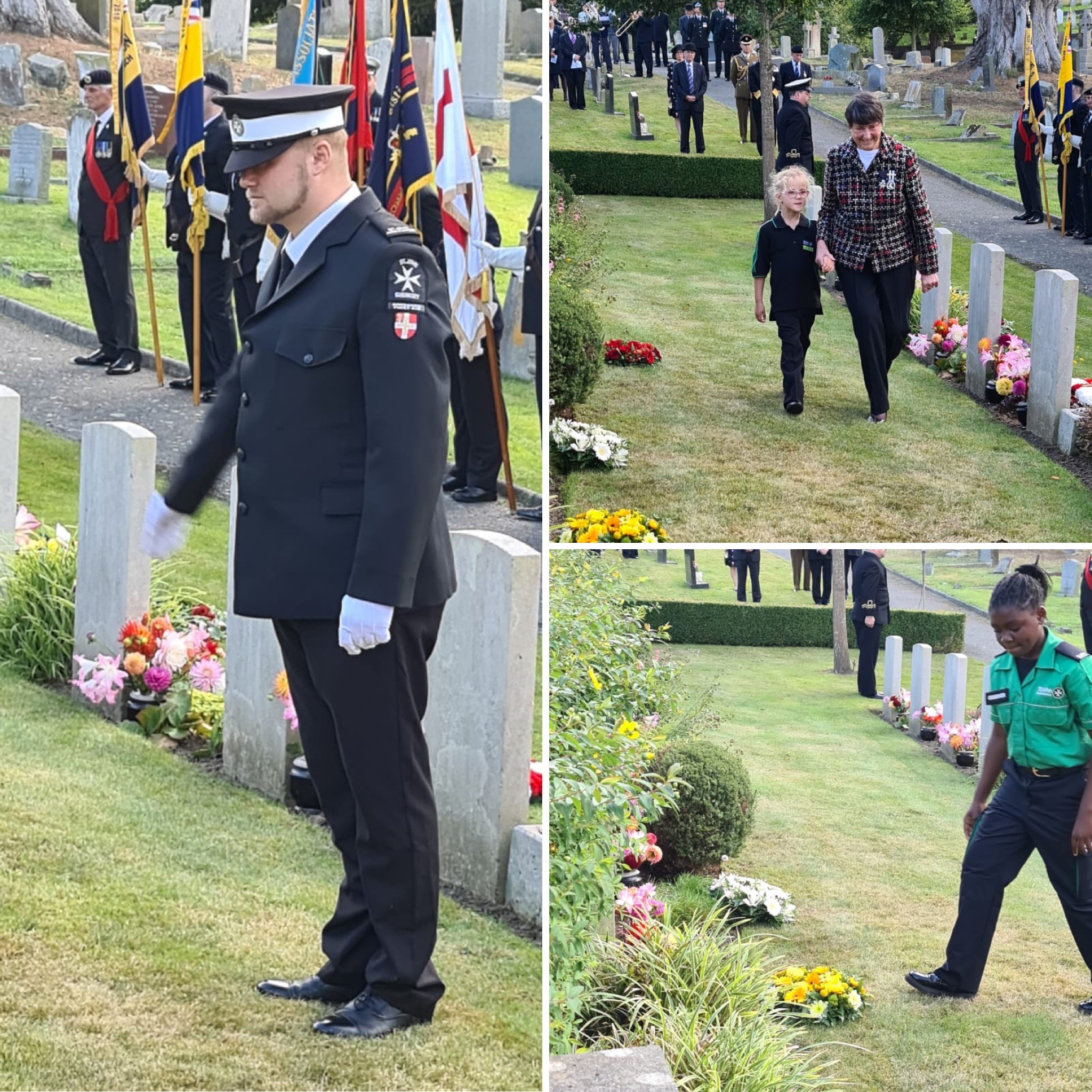 Wreaths were laid by members of the St John Ambulance Guernsey, Cadets, Badgers and St John Fellowship.  St John Ambulance community operations manager Phil Ozanne told the Guernsey Press: “St John has always had a role in today, we have always laid a wreath. The people that we are here for gave their lives so that we can be here. Even though it was a long time ago it shouldn’t be forgotten, it’s important to carry on the legacy.” 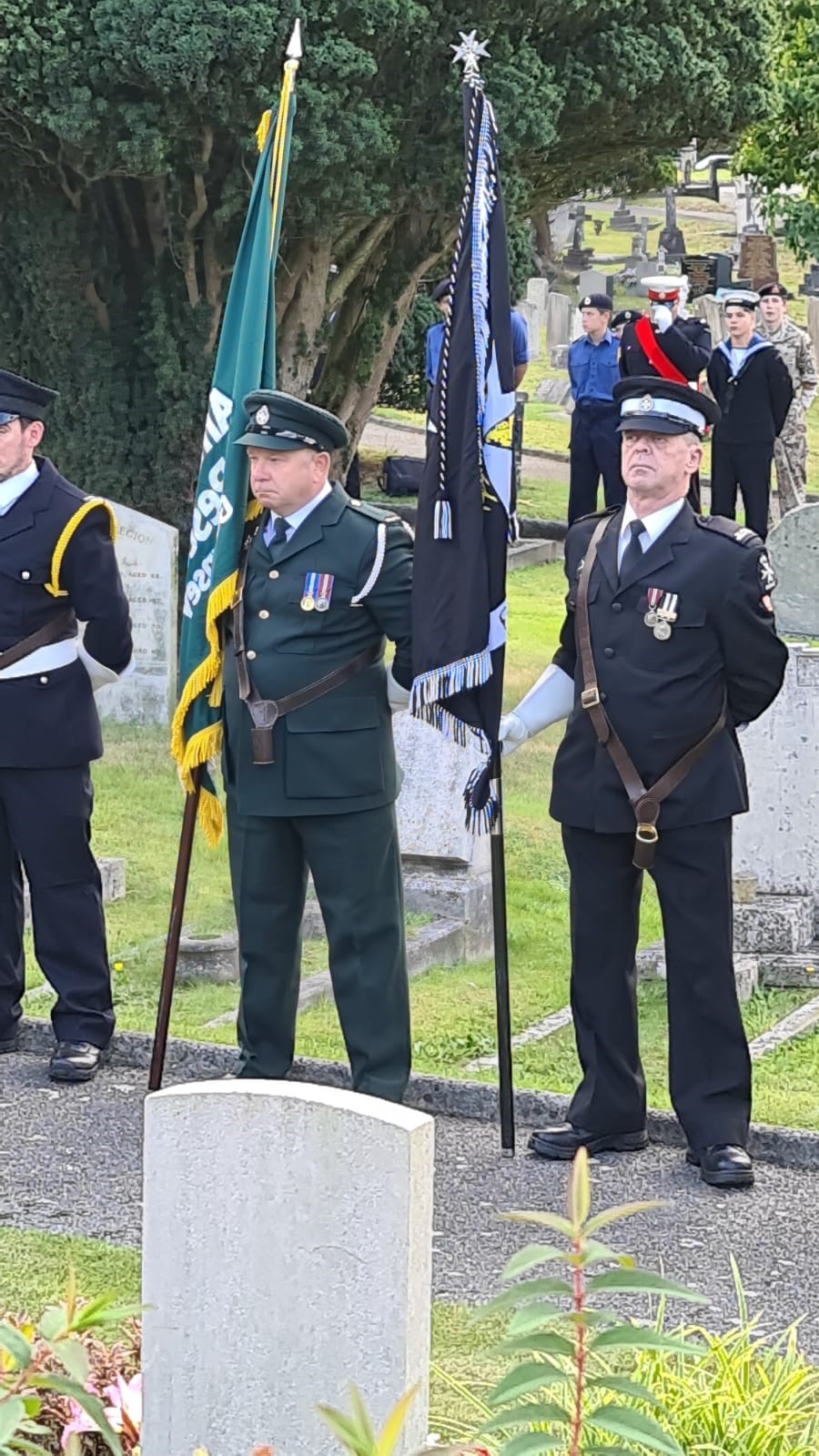