Representatives from St John Ambulance Guernsey have taken part in Remembrance Sunday events in London and Guernsey to remember those who have lost their lives or been injured in conflict. 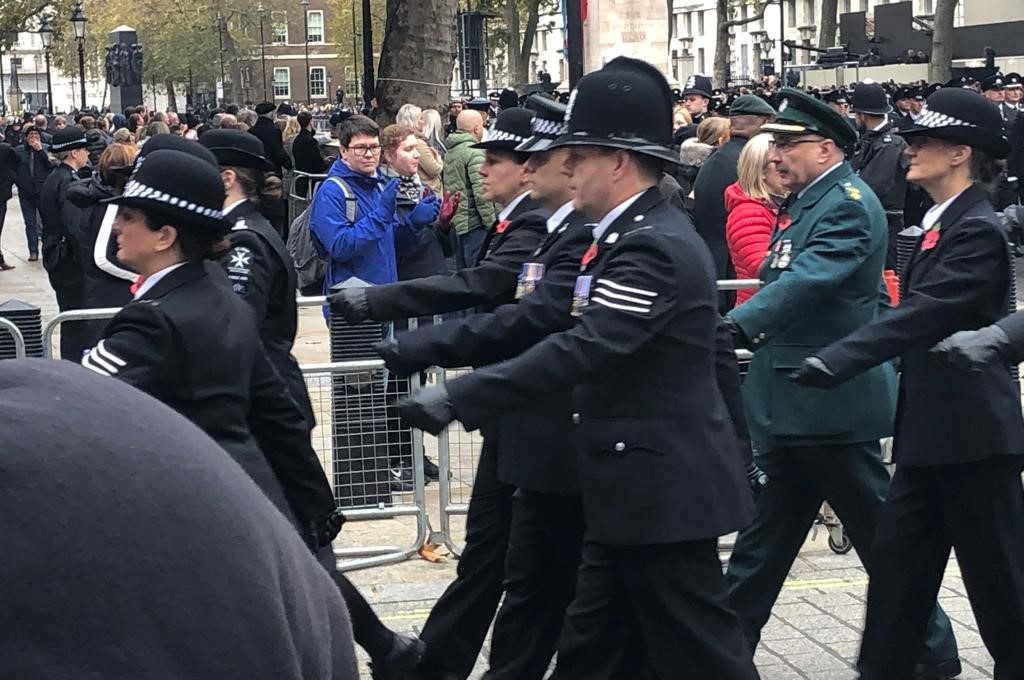 The Civilian Services Contingent is comprised of nominated representatives including from the Police, Fire, Ambulance and Prison Services, St John Ambulance and the British Red Cross.

Dave said: “It was a great honour and very humbling to be invited to attend the National Service of Remembrance on behalf of the Emergency Ambulance Service and Guernsey.”

While at the ceremony Dave was introduced to the UK Home Secretary Priti Patel, who asked about the ambulance service in Guernsey and was very interested to hear about the work of the service in supporting the community. 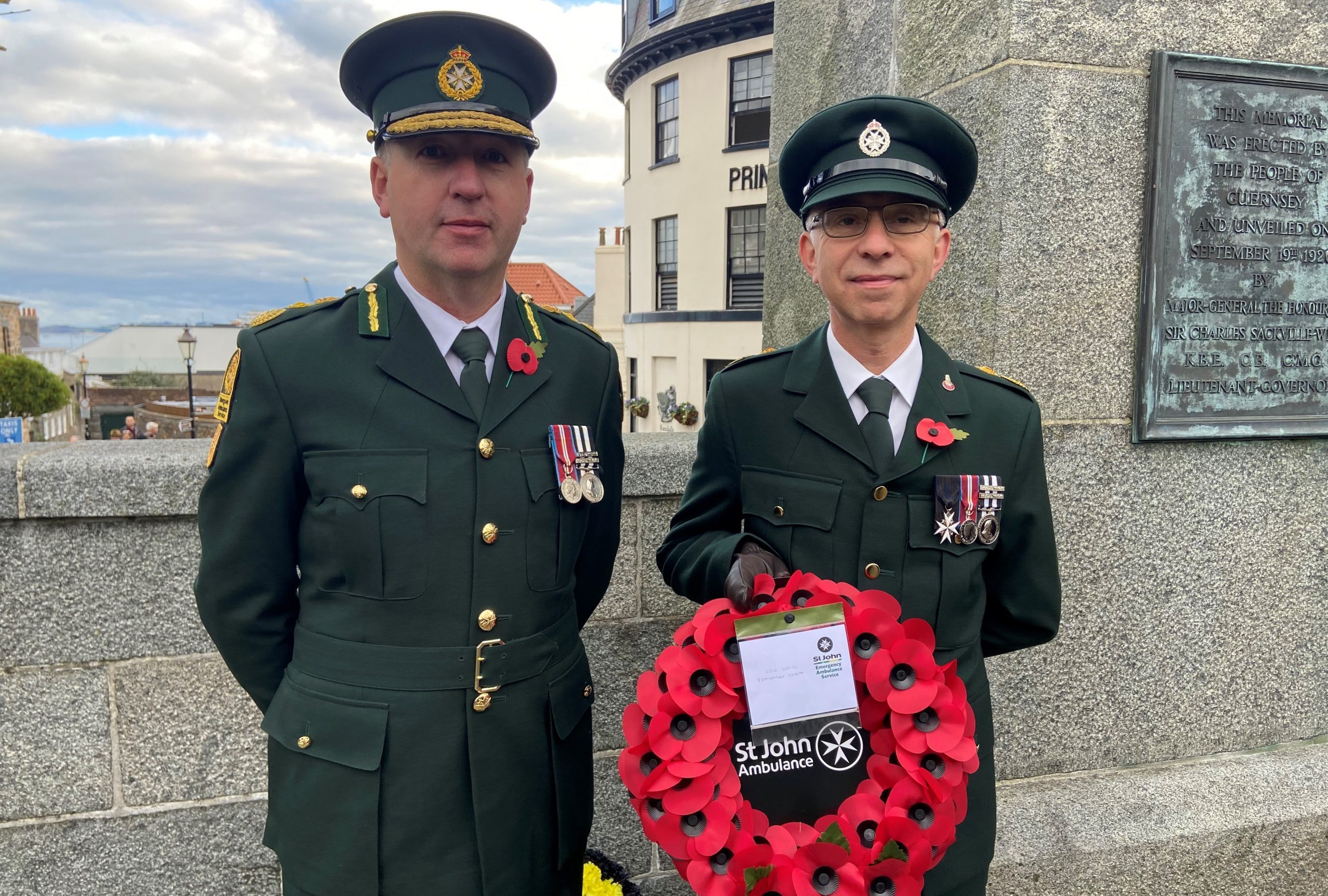 St John volunteer Darryl Bye and St John Cadet Mary-Anne Waterton represented the first aid and youth sections of the charity at the ceremony which was held in the presence of the Lieutenant Governor Vice Admiral Sir Ian Corder and the Bailiff Richard McMahon.

St John Ambulance Guernsey members on duty at the ceremony to provide first aid cover for participants and the public. 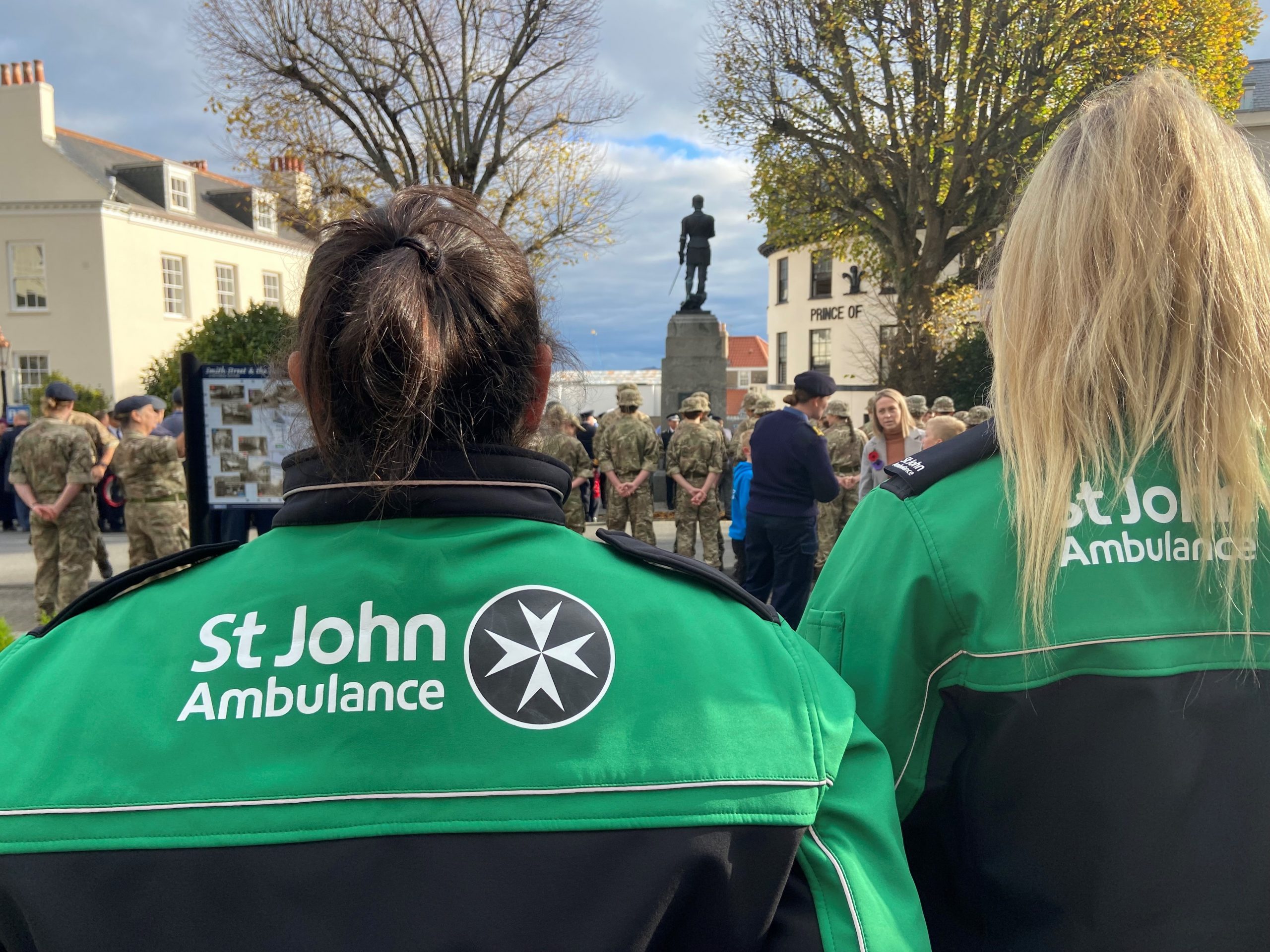 Earlier in the week, to mark Armistice Day personnel from all sections of the organisation, including the staff from the charity, clinicians and support staff from the Emergency Ambulance Service and shop staff from St John Healthcare marked the two minutes silence at the Rohais headquarters.

Once again, large poppies were also displayed on the front of two ambulances, one from the Emergency Ambulance Service and one from the St John charity, as a mark of respect. 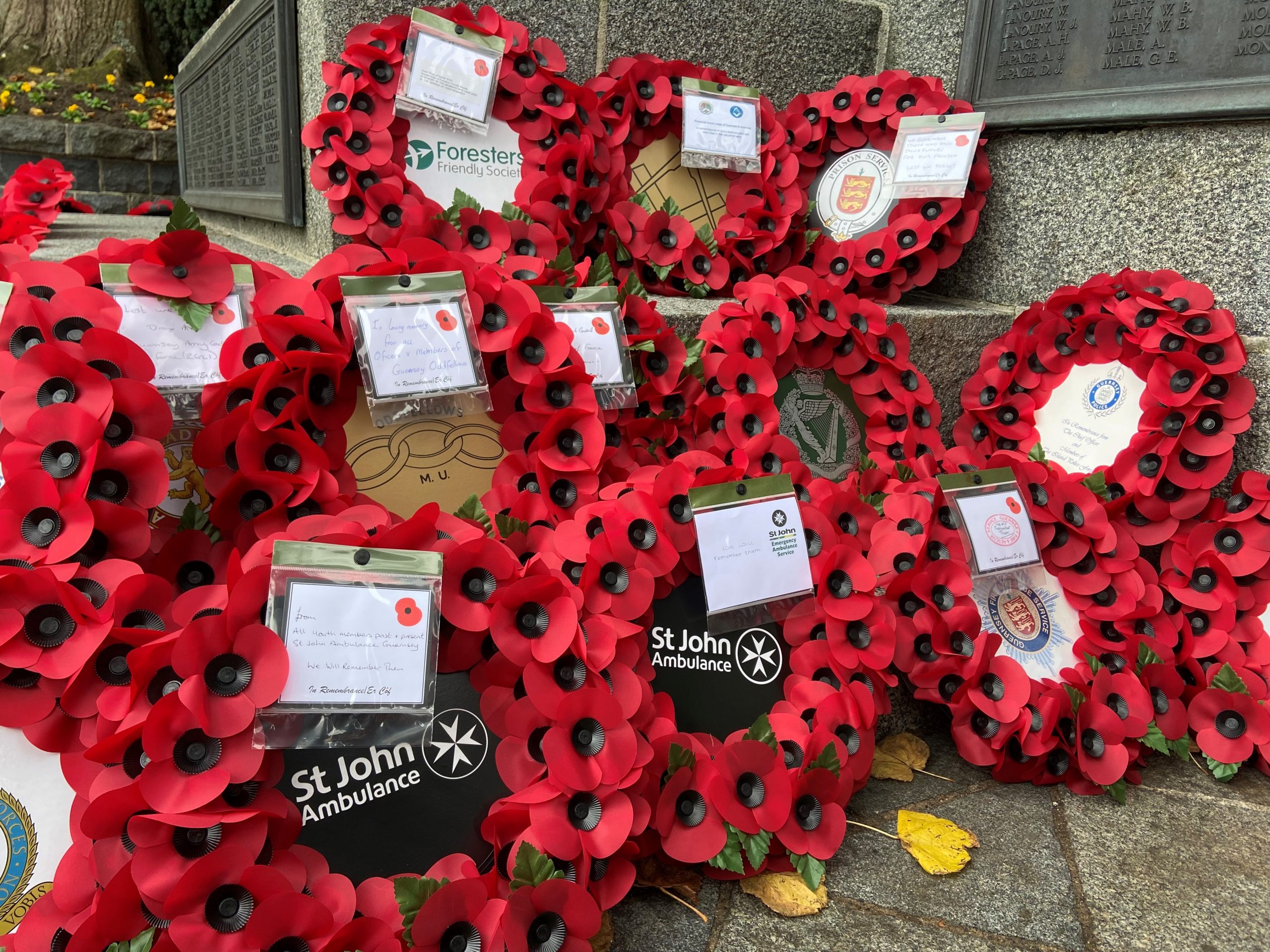