St John annual award presentations earlier this year recognised a number of members who have excelled in their duties within the organisation.

Members from across all three divisions – Brock, Sarnian and Phoenix, were recognised for their achievements and presented with awards including the coveted Wallace Cameron Award for the best youth division and the Phyllis Touzeau award for the best cadet.

Awards are given for a number of different achievements within each of the three divisions, including attendance, efficiency, uniform and presentation.

The long-standing Wallace Cameron award was presented to the Sarnian division. It is judged on all aspects of cadet life including leadership, attendance and cadet and badger achievement and is often considered the most coveted award amongst divisional leaders.  Sarnian division stood out this year thanks to their steady level of membership, fun and varied programme of training and their involvement in inter divisional competitions. The cadets accumulated 114 hours of on-duty volunteer hours during 2015.

The Phyllis Touzeau trophy, which commemorates Phyllis, a previous divisional president and wife of long-time member Harold Touzeau, was awarded to Megan Jackson from Phoenix division. The trophy is awarded to an individual who has demonstrated all-round achievements throughout the year, including assistance with the division, public duty, and successful completion of courses, leadership and competitions.

15 years old Megan, who joined St John as a Badger, was described as a dedicated, active member of her division.  Since becoming a cadet and receiving a promotion to corporal in January 2015, Megan has taken on more responsibility within the division as a badger helper and also gives her time to first aid duty, competitions, parades and fundraising.

The Leslie Singleton Award was presented to 12 year old cadet Lucie Lambourne who has been a committed member of the Phoenix division since she joined as a badger and moved to Cadets at the age of 10.  This is awardedto the best cadet in the first three years of their duty.

Nine year old Matilda Shell received the Badger of the YearAward. Matilda is a very active member of her division and has a keen interest in first aid. She was awarded a special recognition certificate last year for helping her grandmother who was thought to be having a stroke and keeping her family calm until the ambulance crew arrived.  Her actions that day embodied the spirit of the organisation and she has continued to show this dedication to helping others throughout the year.

Chief executive officer of the Commandery of St John, Vanessa Spiller, said: “Our volunteers, badgers and cadets are committed to give up their time to learn and provide essential first aid skills so they can provide the best care in the community and, in some cases, can save lives.

“These awards allow us to commemorate all the hard work of our volunteers and cadets and praise the people who go above and beyond their call of duty.

“I would like to congratulate all the winners on their outstanding achievements and thank them for their commitment to St John.” 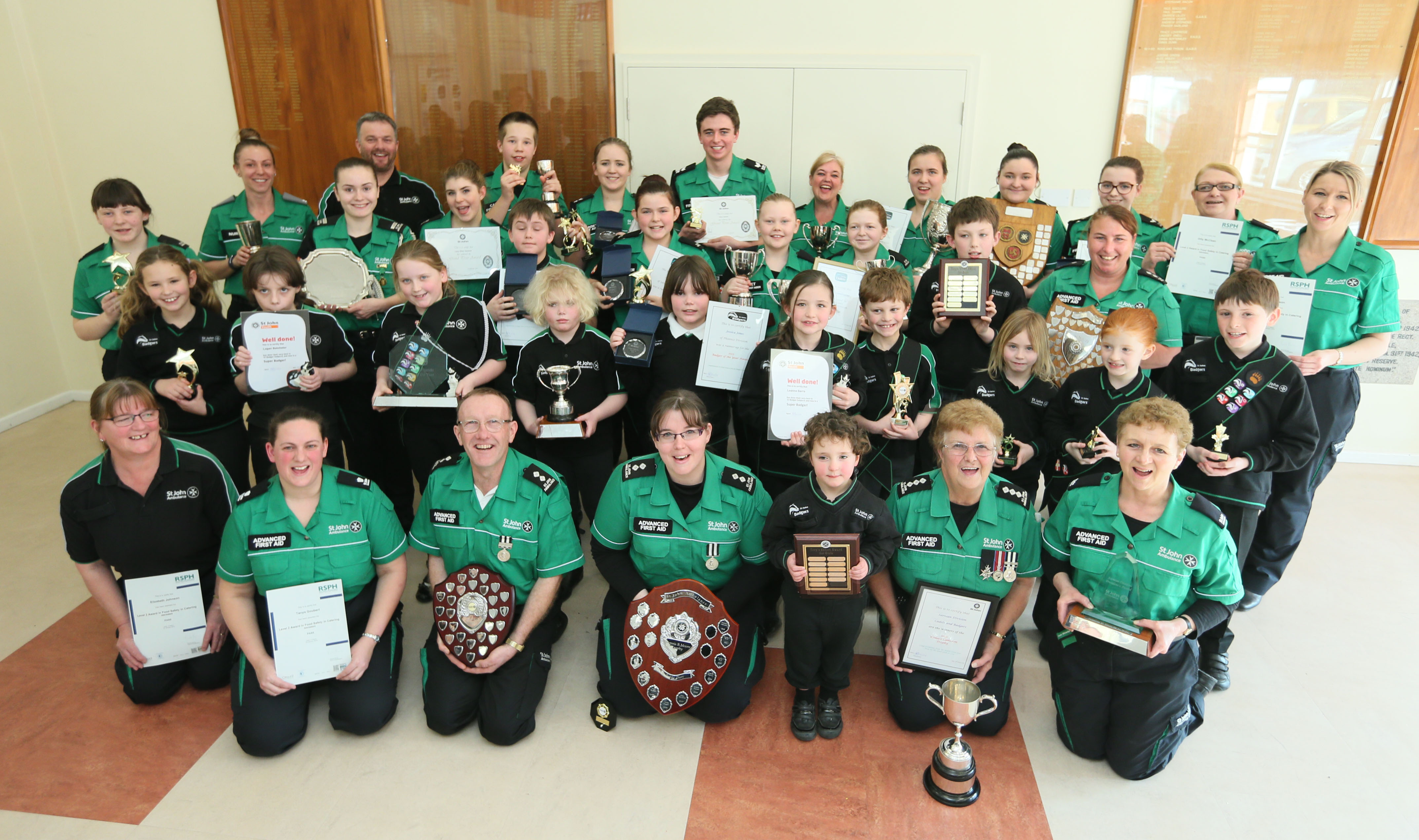 For more information on volunteering for St John contact bailiwickhq@sja.org.gg