Mark Guilbert, a Community First Responder (CFR) for St John, has been awarded the Mick Peters Award for Exceptional Contribution to Rescue and Community Services.

This special annual award is in memory of Mick Peters, who served as a senior officer with St John Ambulance & Rescue Service for many years.  This award is presented to a voluntary member of St John in recognition of their exceptional contribution to the rescue and community services throughout the year.

Mr Guilbert was one of the organisation’s initial CFR’s in Guernsey having joined the scheme when it was first set up in 2012.  He brings with him a wealth of experience having served for over 40 years as a volunteer for St John and was voted the number one CFR for 2014, having been the most regular CFR responder.

A CFR is someone who makes themselves available to be dispatched by the Joint Emergency Services Control Centre (JESCC) to attend a potentially life-threatening emergency. They are trained in Basic Life Support and the use of a defibrillator. CFRs are alerted to an emergency call at the same time an ambulance is deployed and because they are already out in the community they can be the first person to reach the patient, sometimes making a difference between life and death.

Mr Guilbert lives in one of the farthest points of the island, in St Pierre Du Bois, therefore when responding to an emergency call from home he could be on the scene several minutes before the ambulance. This is crucial in the provision of early defibrillation for a patient whose heart has stopped beating.

Over the past three years, he has attended heart attacks, cardiac and respiratory arrests and strokes and usually responds from home although he has also responded from work in St Peter Port.

Jon Beausire, Chief Officer of the St John Ambulance and Rescue Service said: “I would like to congratulate Mark for being awarded this tremendous accolade.

“He was our most regular CFR responder in 2014 attending 20 life threatening emergency calls, often arriving before the arrival of the ambulance. Volunteers are an essential part of our organisation and with their help we can continue to provide lifesaving care and support for the community.” 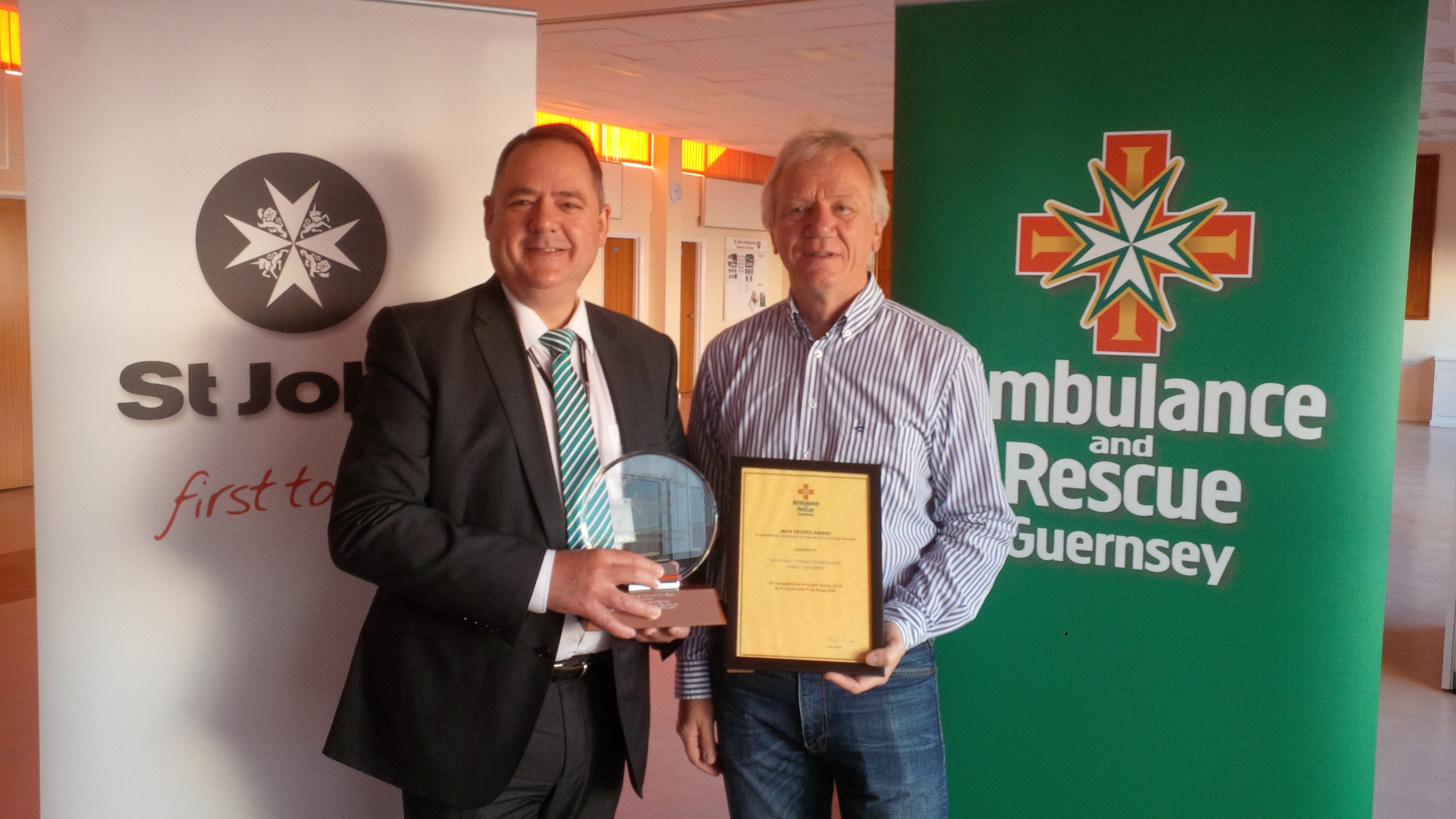