On the 19th July 2014 St John provided medical cover at the Guernsey round of the British Hill Climb Championship, which took place up a steep twisting road called ‘Le Val des Terres’ one of the main routes in and out of St Peter Port, the capital of Guernsey.

The event was run by the Guernsey Motor Cycle and Car Club and is the highlight of the Guernsey motor racing calendar.  Fortunately despite a couple of collisions there were no serious injuries, however racing was suspended for a time during the morning, as the island experienced some of the heaviest rain it has seen so far this year. 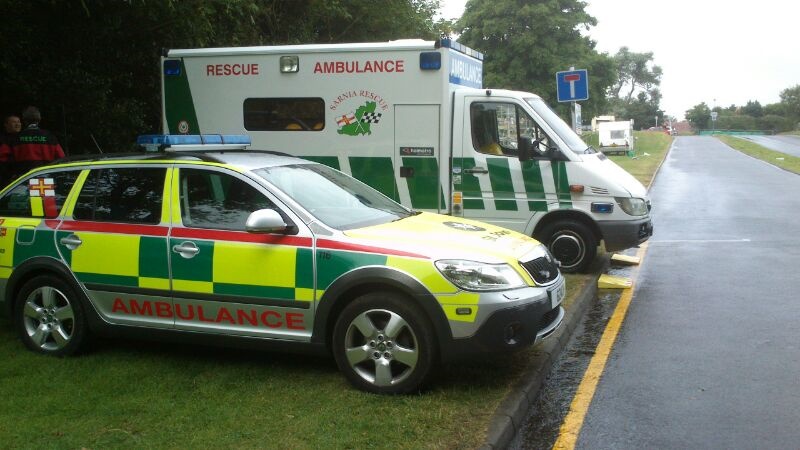