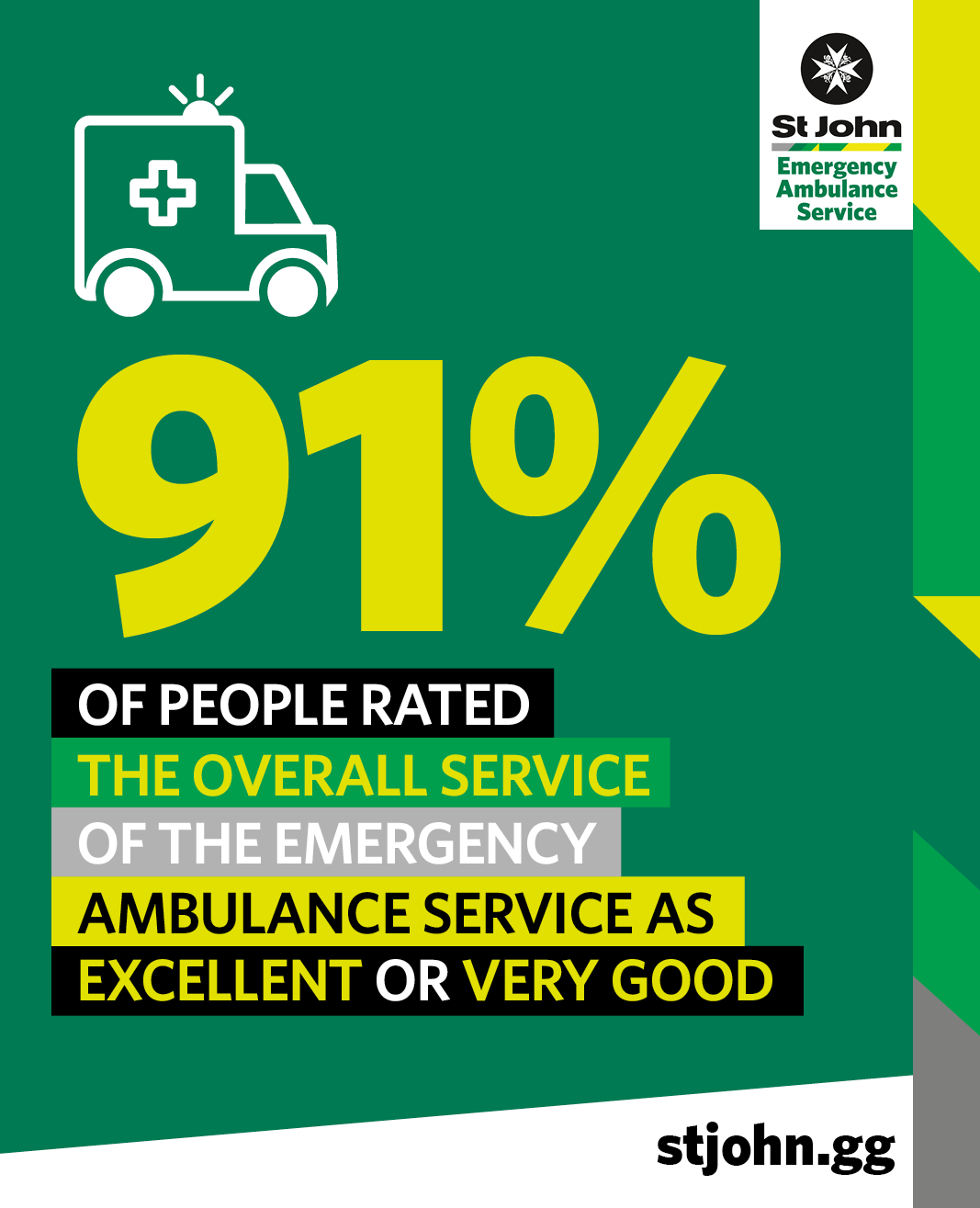 Guernsey’s Emergency Ambulance Service has been highly rated by the Guernsey public in the 2022 Patient Survey.

91% of people rated the overall service provided by the Emergency Ambulance Service as excellent or very good, with a further 5% rating it as good.

93% of patients said the professionalism of the ambulance crew was either very good or excellent and the same percentage rated the treatment and advice they received as excellent or very good.

The survey which was completed by almost two thousand people and was carried out by Island Global Research, revealed that 97% of respondents felt they were involved in the decisions about their care and 99% of patients who were treated and discharged at home were satisfied with the decision.

In addition to the replies to the questionnaire, participants were given the opportunity to provide their own comments, which included:

“Excellent in care, knowledge, respectful and friendly, what more can we ask for.”

“I think you guys do a great job and make an amazing contribution to the community, thank you”

“A brilliant and effective service which should be strongly supported. Payment of the annual subscription removes the worry if the service is needed in an emergency.”

Dean de la Mare, Head of Operations welcomed the findings, saying: “The results of the survey are extremely positive, not only showing that the Guernsey public highly value the Emergency Ambulance Service, but also that our patients have received a high standard of care. This is particularly encouraging given demand for the ambulance service is at an all time high and last year was our busiest on record. We place a lot of emphasis on the standard of care we provide, so it is a credit to our dedicated clinicians that the public rate the professionalism from our crews very highly and I would like to take this opportunity to thank our teams for their hard work.”

On the subject of response times Mr de la Mare said: “There are a number of factors why some people feel the speed of the response may have been slower than they expected. 999 calls are categorised to ensure the most serious calls are responded to immediately with blue lights and sirens, this means lower category calls will have a longer response time, however over 90% of the lower category of calls are responded to with the target time. Other factors include time of day and the amount of traffic, as well as the distance to the emergency.”

Mr de la Mare added: “The survey has also given us some valuable information about the ambulance subscription scheme. While 82% of people agreed or strongly agreed that the subscription scheme was good value for money, there were some comments about the costs and the changes that were recently introduced to the scheme, which is useful feedback for us.” 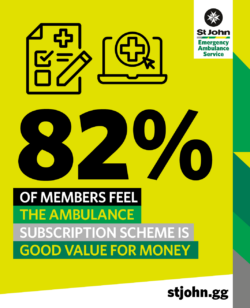 Although St John has carried out patient surveys in the past this is the first time that the organisation has commissioned an independent third party to conduct the research.

The survey also sought feedback on the Non-Emergency Patient Transfer Service, which transports people to and from medical appointments, under the guidance of a healthcare professional, when they are unable to travel by other means.

Around one hundred and fifty people responded to questions about the Patient Transfer Service and 83% rated the service as very good or excellent.

81% of service users rated the care and attention they received from NEPTS was very good or excellent.