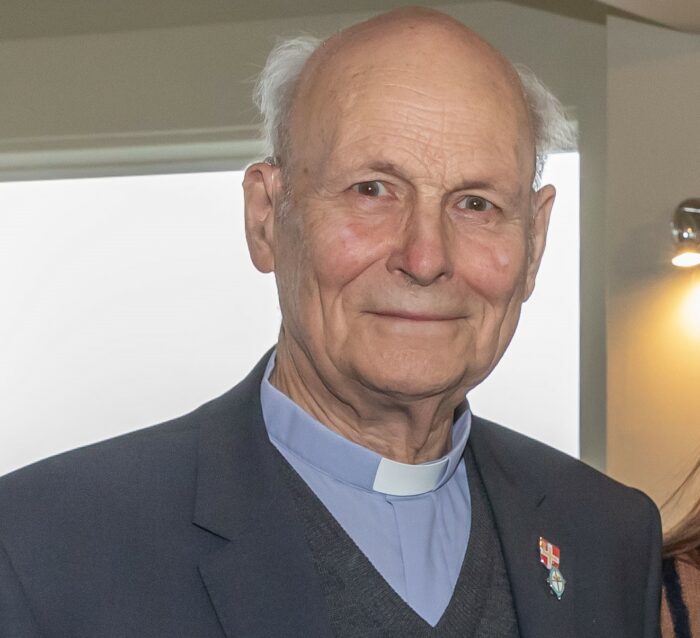 The passing of the Very Reverend Canon Marc Trickey on 7 December 2022 is a cause of great sadness to the Commandery of St John in the Bailiwick of Guernsey.

Father Marc loved his connection with St John and provided thoughtful guidance and support to the organisation, as well as spiritual leadership. He was a great ambassador for the charity and always showed great interest in the work of St John locally, especially in the teaching of first aid and youth work.

Marc was actively involved with St John for more than 40 years. He was appointed to the St John Council for the Bailiwick in 2005 and then the Commandery Board when it was established in 2014. He was appointed a Member of the Order of St John, then styled as a ‘Serving Brother’, in the same year.

During this time Marc not only held the office of Chaplain to the Commandery, but also served as a director on a number of operating company boards, including that of the Commandery itself.  He remained a passionate and engaged supporter until very shortly before his health deteriorated. 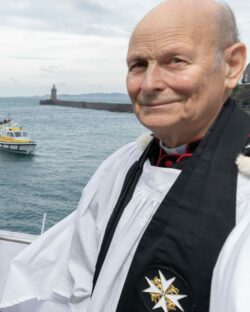 Previous Knight Commander Andrew Henton said: “Marc will be most remembered for the way that he interacted with and supported both volunteers and professionals working at St John.  He was to many a highly trusted confidante with whom fears, concerns or the simple stresses of daily life could be shared. Never judgmental, Marc had the gift of being able to analyse problems or difficulties, and to provide both guiding counsel and reassurance.  This no doubt reflected the richness of life experience which he had gained both in the UK and Guernsey, and meant he was always able to inject well-judged humour and levity with a twinkle in his eye.”

“Always modest and self-deprecating, the great respect Marc enjoyed from all quarters was a function of how he acted and behaved on a day to day basis.  Values and principles are easy to mouth, but always more difficult to maintain and uphold in the face of distraction and competing priorities.  Marc was an exemplar of the values which are held dear by St John, and we benefitted greatly from him diffusing those values amongst our cadets, adult volunteers and professional paramedics.  He will be greatly missed.”

Former Knight Commander Nic Van Leuven said: “Marc was gentle but firm; wise without pretention; cheerful yet tolerant; always dignified. Despite the apparent disorder of his study at the Rectory, his was an ordered mind.

“During his Chaplaincy of St John, in all meetings we could rely on his insightful contributions, Marc only speaking when he had something to say – and it was always worth hearing him out. He was a man whose few but thoughtful and well-chosen words made everyone pay attention, because they were worth absorbing and applying. His pastoral contribution was ever practical, never preached.”

“He was wise in an informal and non-judgemental secular way. He wore his faith where appropriate lightly, which is why he could so readily relate to the issues and problems confronting St John and our personnel, especially in their more hazardous, and so stressful, aspects.”

Marc lead the annual church services and ceremonies for St John and one of his last duties as Chaplain was the blessing of the Flying Christine III marine ambulance on the 25th anniversary of its launch. 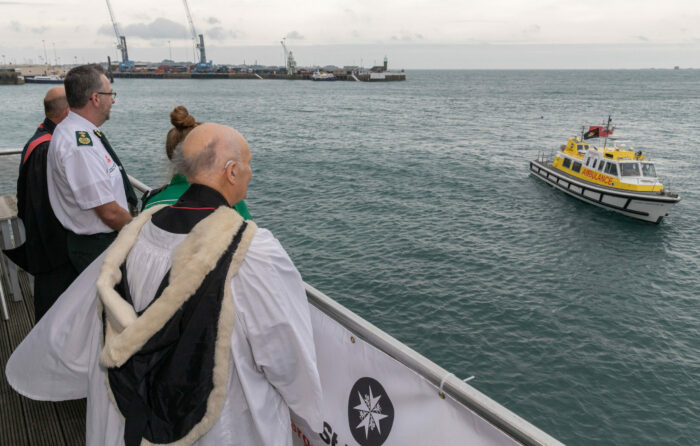 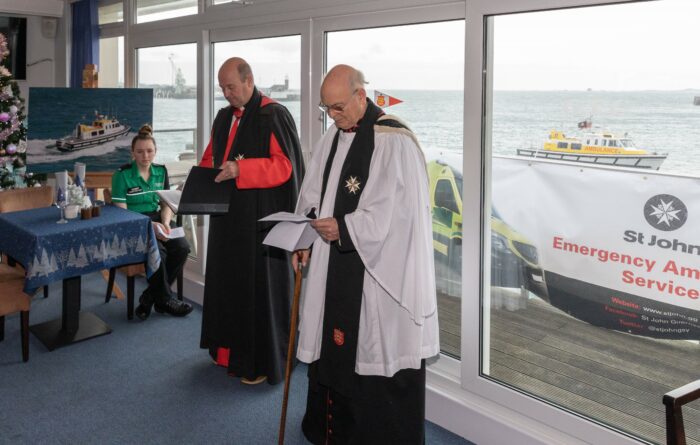 The flag at the Rohais ambulance headquarters was flown at half-mast as a mark of respect following the announcement of Father Marc’s death.

Our thoughts are with his family and friends at this time.