Congratulations to Judy Moore who has been presented with her Gold Award for ultra-long service. 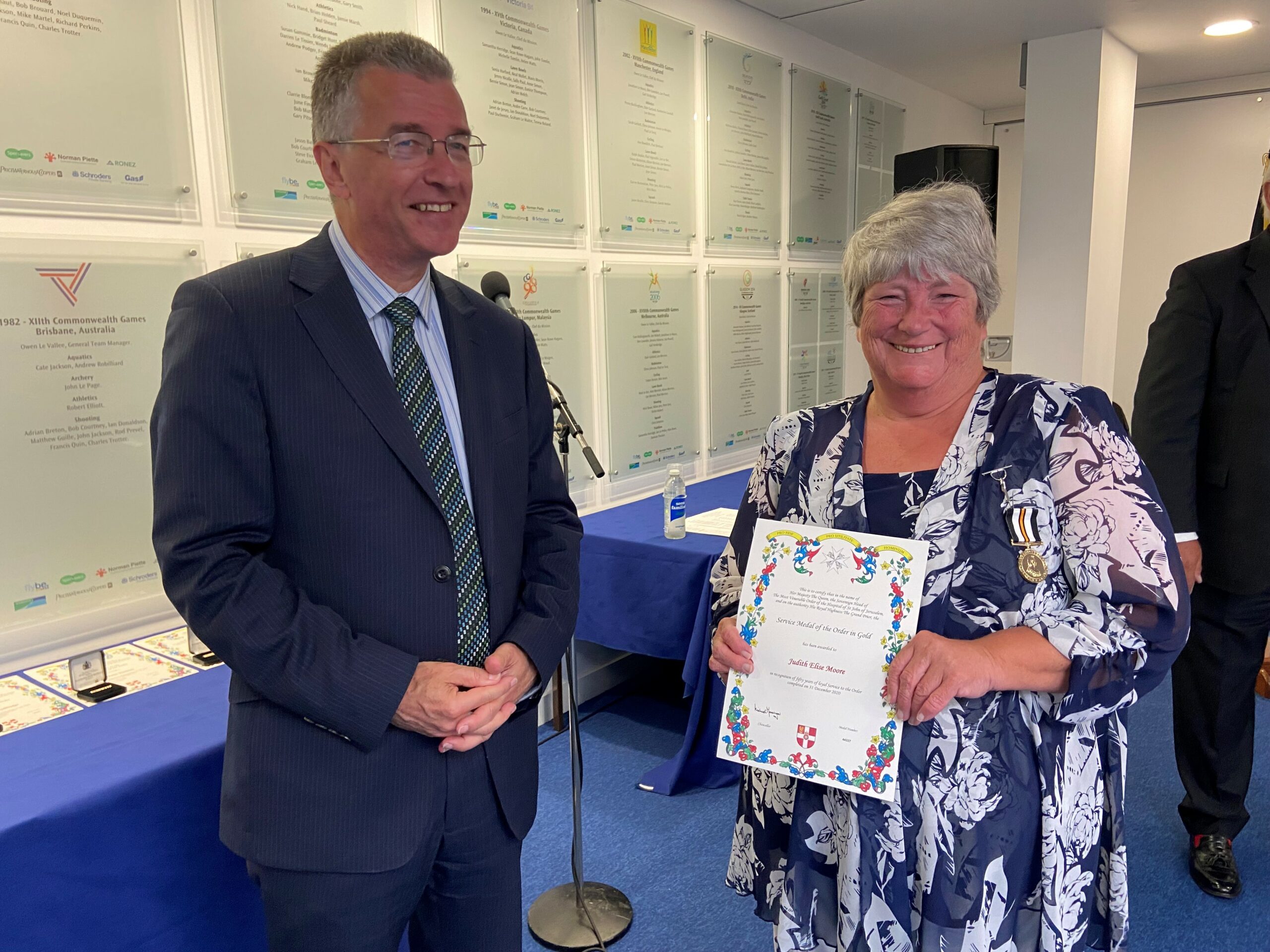 Judy, who knew from an early age she wanted a career in healthcare, joined St John as a cadet at the age of 11. She later went on to become an adult member and first aider, covering public events in Guernsey and the UK. Judy has held a number of other roles with the charity, including leading the youth section for many years and being involved in training.

One her personal highlights was working for the St John charity in Sri Lanka for six months following the Tsunami. She later held a number of senior positions within the organisation and has serving as a member of various boards. Away from St John Judy has also had a long career as a healthcare professional in Guernsey. 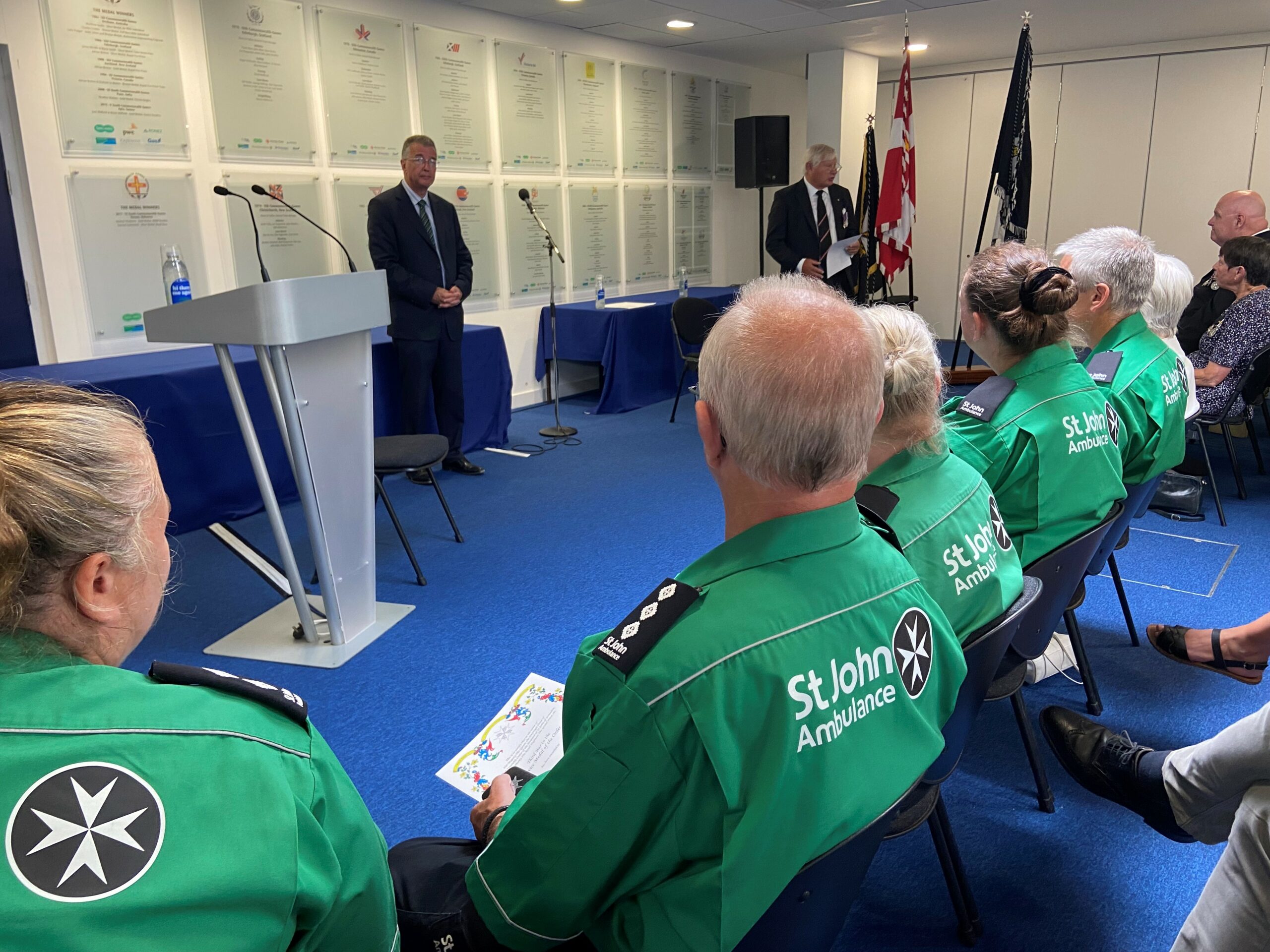 Judy said: “St John has given me so many opportunities and it has been good to be able to give something back. I think the youth role was the role I enjoyed the most, being able to watch young people develop. There are cadets I’ve known who have gone on to jobs in healthcare, in the ambulance service, as doctors and lots of other careers, so I think St John is a really good start for young people who want a career in healthcare. It gave me lots of experiences, it taught me about healthcare, but also about teamwork and leadership.”

Judy was one of eighteen volunteers to receive a long service award from Guernsey’s Bailiff at a special ceremony at Beau Sejour, marking service ranging from ten to fifty years. 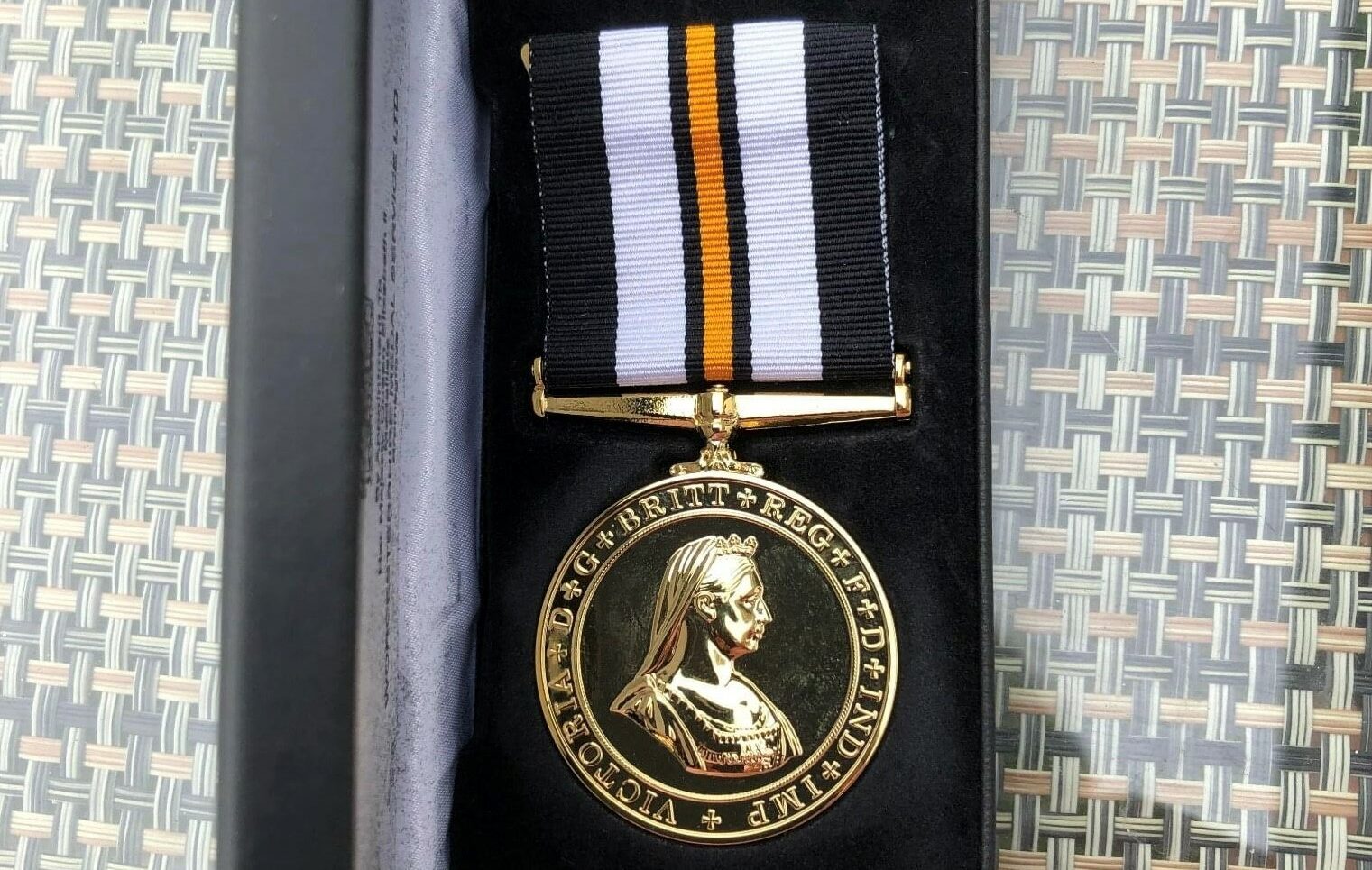