Emergency ambulance crews have been involved in a multi-agency rescue of an injured climber from cliffs near Le Gouffre on Guernsey’s south coast. 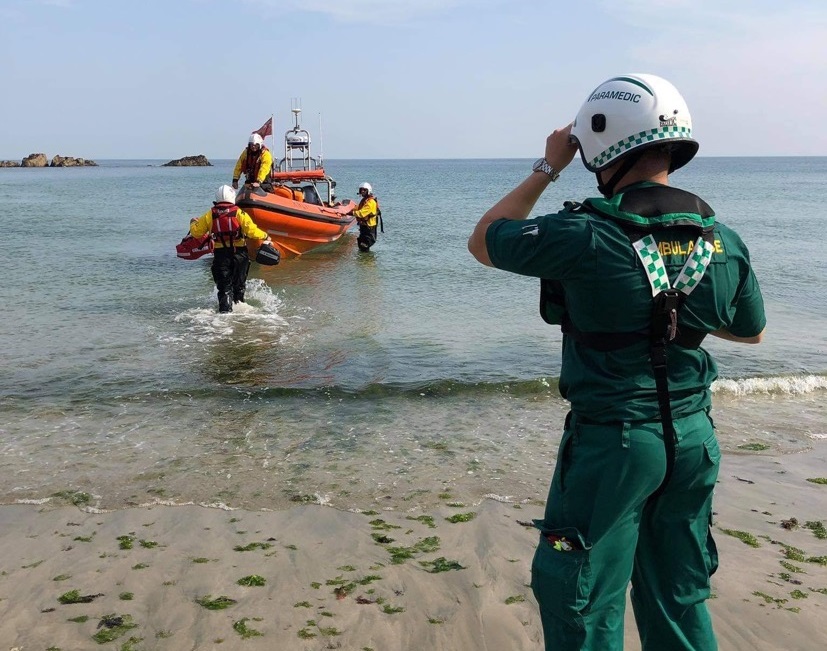 A double crewed ambulance was dispatched to the scene shortly after 3pm on Sunday following a 999 call. After a St John paramedic and coastguard officer had made initial contact with the patient, it was decided to activate the Cliff Rescue Team to lower the casualty to the lifeboat.

The paramedic was then collected by the RNLI Inshore Lifeboat from Petit Bot and taken to the base of the cliff. The casualty and paramedic were then transferred to the St Peter Port All Weather Lifeboat and onto the harbour where they were met by a waiting ambulance for the journey to the Emergency Department. An ambulance officer was also in attendance at the scene.

A spokesperson for St John Ambulance Guernsey said: “Any incident in a remote location and involving multiple resources can be challenging, but this was an excellent example of teamwork and a well coordinated rescue involving liaison with colleagues from Guernsey Fire & Rescue, the Coastguard, RNLI and Cliff Rescue Team.

The ambulance crew which responded to this incident handled things in a professional and calm manner. Our priorities are looking after the safety of the responders and ensuring the casualty receives appropriate medical treatment.

The casualty was an experienced and well equipped climber and was with group of people who knew exactly what to do in an emergency. They were able to provide lots of relevant information to the first 999 crews on scene which helped in formulating the plan for the rescue.”