The Commandery of St John has appointed Vanessa Spiller as Chief Executive Officer.

Mrs Spiller, who previously worked in a senior British Red Cross management position in London, will take overall strategic responsibility and have operational oversight of the Commandery’s voluntary personnel.

With a wide remit of responsibility Mrs Spiller will be actively engaging with all St John members and will be working with fund raisers to continue to expand local revenue generation and fundraising activities.

During her time with the British Red Cross she led a wide range of innovative programmes including support to UK citizens being repatriated from Zimbabwe, first aid support at the Queen’s Jubilee River Pageant and during the London 2012 Olympics.

Vanessa is married to Mike, who has been the Bursar at Elizabeth College since January 2013, and they live with their Springer Spaniel, Stanley, in the Forest. 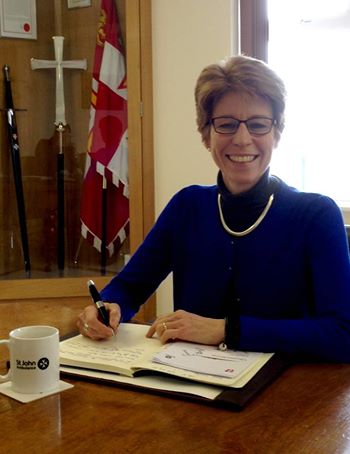