Representatives from St John have taken part in the annual HMS Charybdis and HMS Limbourne memorial to remember those lost in the sinking of the two naval warships off Guernsey in 1943. 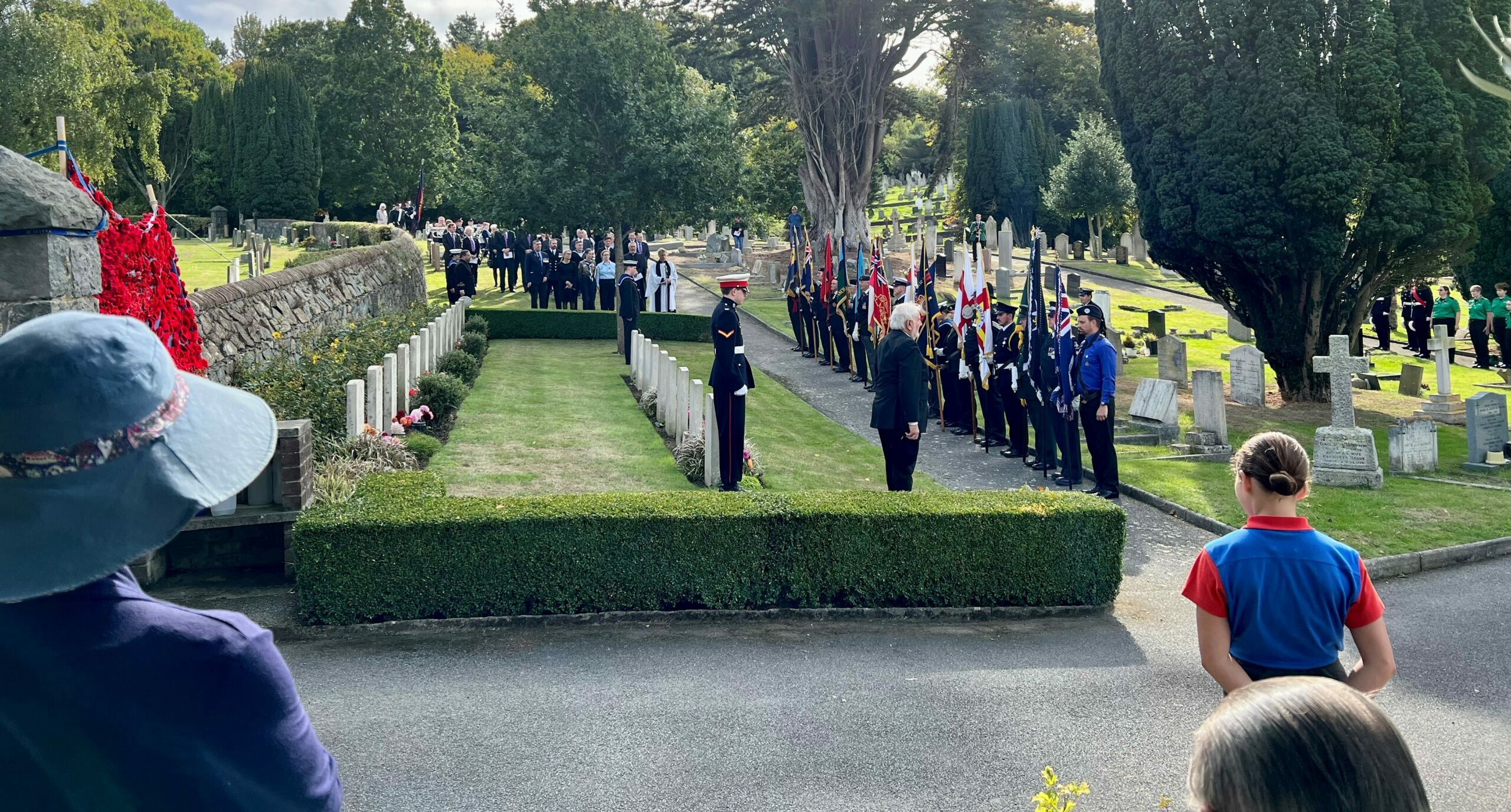 The St John Ambulance Brigade played a significant role in the wartime operation to recover the bodies of dead sailors from the coastline around Guernsey following the sinking of the Royal Navy cruiser and destroyer by German torpedoes during Operation Tunnel. More than 500 lives were lost in the attack and the bodies of 21 of crew members were washed-up along the island’s shores.  The operation which took place during the German Occupation of Guernsey was described at the time by Reg Blanchford as “difficult and unpleasant” and was carried out in “severe weather”. 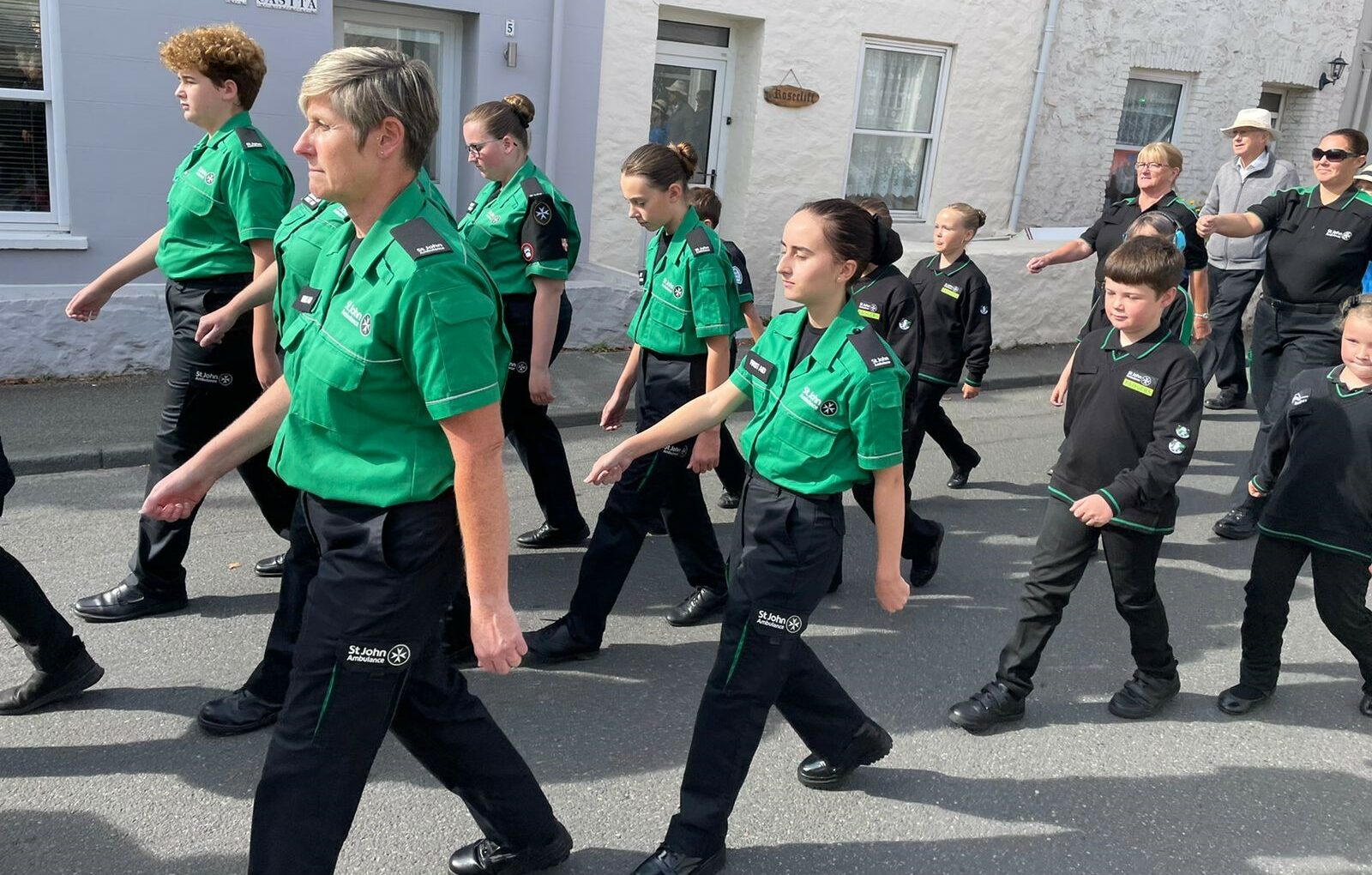 Volunteers from St John Ambulance Guernsey, St John Cadets and Badgers marched with the parade from Ladies College to the Foulon Cemetary were the bodies of the naval personel are burried. Floral tributes were laid on behalf of the St John Guernsey charity, St John youth sections and the St John Guernsey Fellowship, which is made up of retired members. 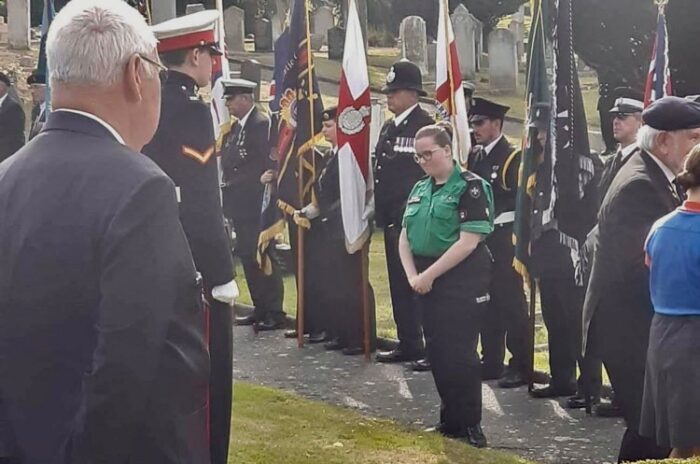 The Knight Commander of St John Guernsey, the Chief Executive of the charity and the Chief Ambulance Officer were also in attendance at the service, which was lead by the Vice-Dean Rev. John Honour in the presence of the Deputy Bailiff, Jessica Rowland. The Lieutenant Governor was represented by two of his cadets. 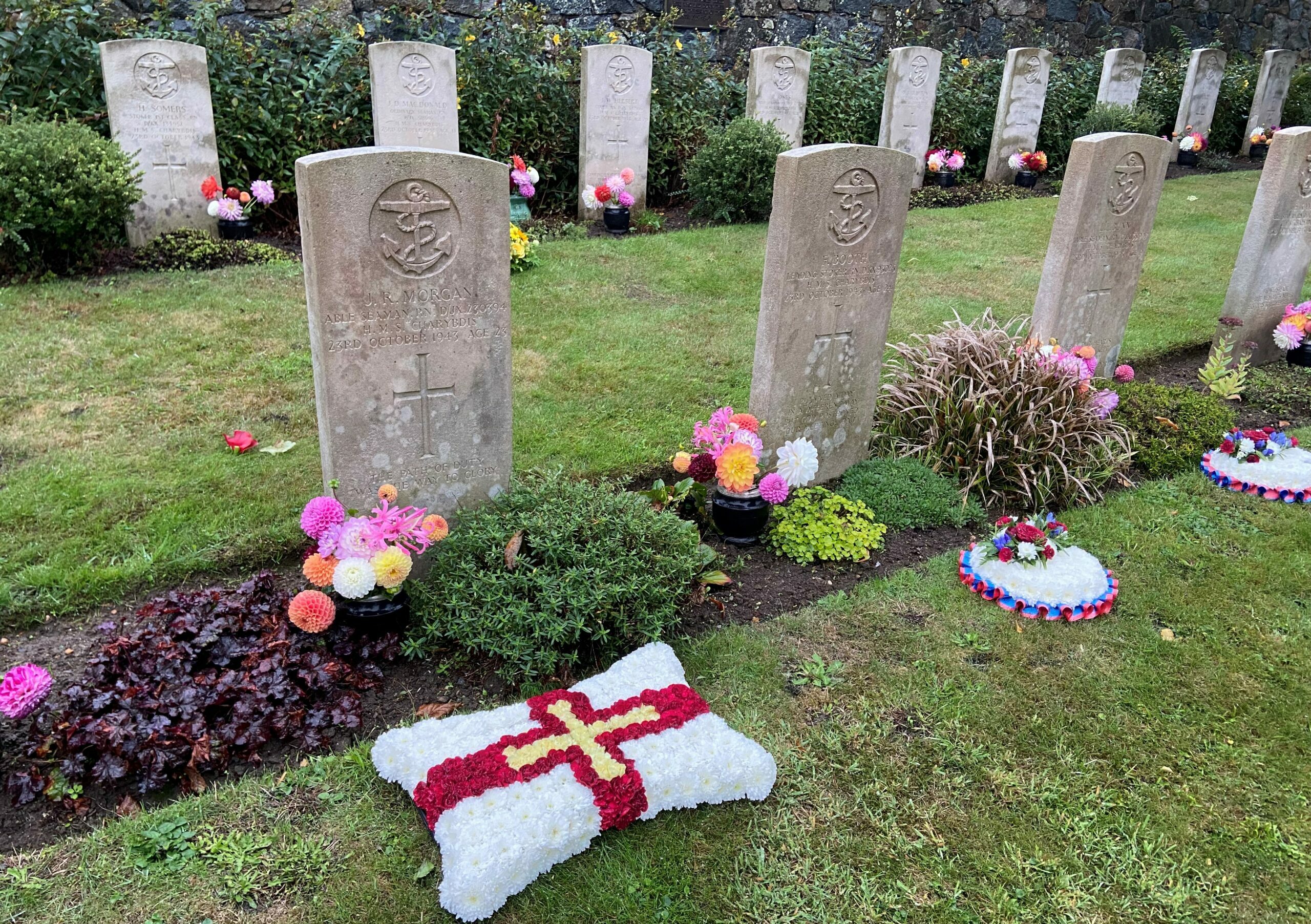 For the first time since 2019 relatives of those who died attended the service to pay their own personal respects to the fallen. Volunteer first aiders from St John were also on duty at the event, which takes places every September and is a significant moment in the St John Guernsey calendar. 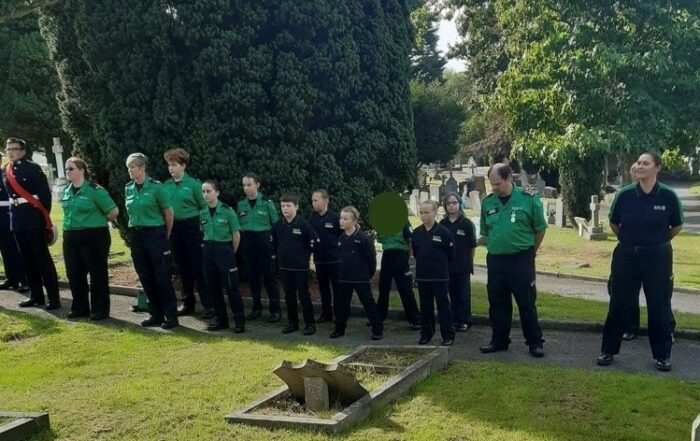